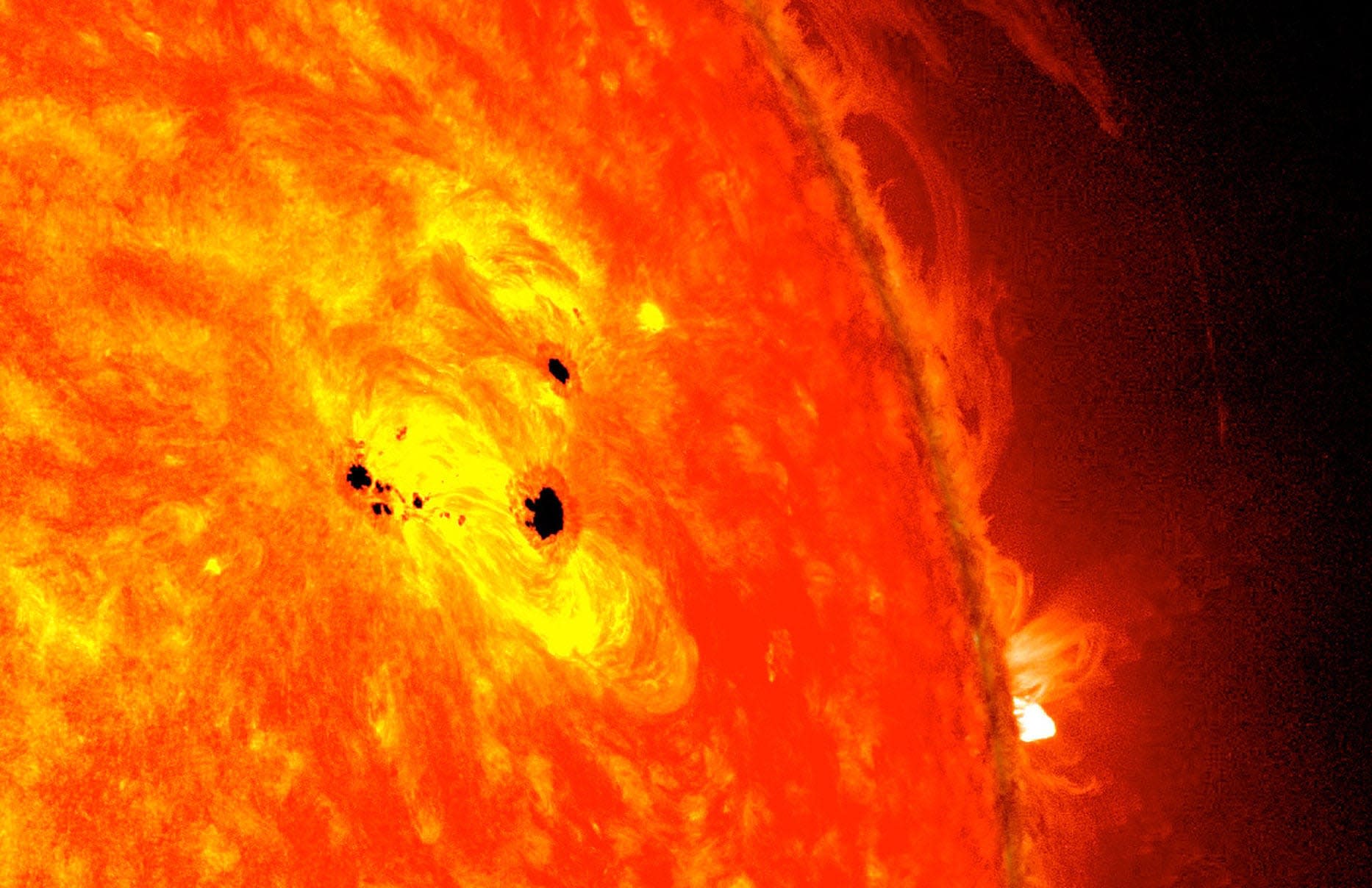 Our Sun is quite literally a hotbed of activity. Scientists are learning more about our star's solar cycle, in which its magnetic field flips and its north and south poles swap approximately every 11 years. Little is known about what causes this dramatic shift, although it does seem to be related to sunspot activity. A new set of research papers has laid out more about why solar cycles end and how the cycles can trigger a tsunami of hot plasma to cascade through the Sun's interior.

One study identified "terminator events" which indicated that a solar cycle was coming to an end by observing the Sun's magnetic fields, spectral irradiance, radio flux and bright spots. Some of these signs have already been identified, and the scientists predict that the current solar cycle will end in the first half of 2020.

"The evidence for terminators has been hidden in the observational record for more than a century, but until now, we didn't know what we were looking for," said NCAR scientist Scott McIntosh, who worked on both studies. "By combining such a wide variety of observations over so many years, we were able to piece together these events and provide an entirely new look at how the Sun's interior drives the solar cycle."

Another study found that these terminator events could trigger "solar tsunamis" when the Sun's magnetic fields move to the surface and create sunspots. When they move through the Sun, they trap plasma behind them like a dam. And when two such fields meet, they destroy each other and release an epic wave of hot plasma.

The tsunami waves travel at an astonishing 300 meters per second and interact with other magnetic fields within the Sun's interior, lifting these fields and creating bright points on the surface which we know as sunspots.

The scientists will have the chance to see if their theories are correct when this solar cycle ends next year. "In the next year, we should have a unique opportunity to extensively observe a terminator event as it unfolds and then to watch the launch of Sunspot Cycle 25," McIntosh said. "We believe the results, especially if the terminator arrives when predicted, could revolutionize our understanding of the solar interior and the processes that create sunspots and shape the sunspot cycle."

In this article: magnetic fields, plasma, solar cycle, space, sun, sunspots, tomorrow
All products recommended by Engadget are selected by our editorial team, independent of our parent company. Some of our stories include affiliate links. If you buy something through one of these links, we may earn an affiliate commission.