The updated virtual assistant could arrive on Windows 10 in the first half of 2020.
C. Fisher|07.26.19
@cfisherwrites

Microsoft has been distancing Cortana from Windows for months. First, it split the virtual assistant from search in Windows 10. Then, a beta version of a standalone Cortana app appeared on the Windows Store. And starting today, Windows 10 Insiders are able to test the new Cortana app beta in Windows.

As part of the Windows 10 Insider Preview Build 18945, Insiders in the Fast ring can preview a handful of new features. The updated assistant supports light and dark themes in Windows. It has a less intrusive "Hey Cortana" screen that's meant to minimize disruptions. Microsoft also updated the speech and language models, an attempt to make the chat-based UI better at processes speech and text queries. Not all of the previous Cortana features have made their way to the beta, but Microsoft says it plans to add them over time.

These updates come just days after Microsoft announced it's changing the look of the Xbox One's Home screen and how you control the console via Cortana. Those changes should roll out to everyone this fall. As for the standalone Cortana app, The Verge says we'll have to wait until the first half of 2020 to see that deploy across Windows 10. 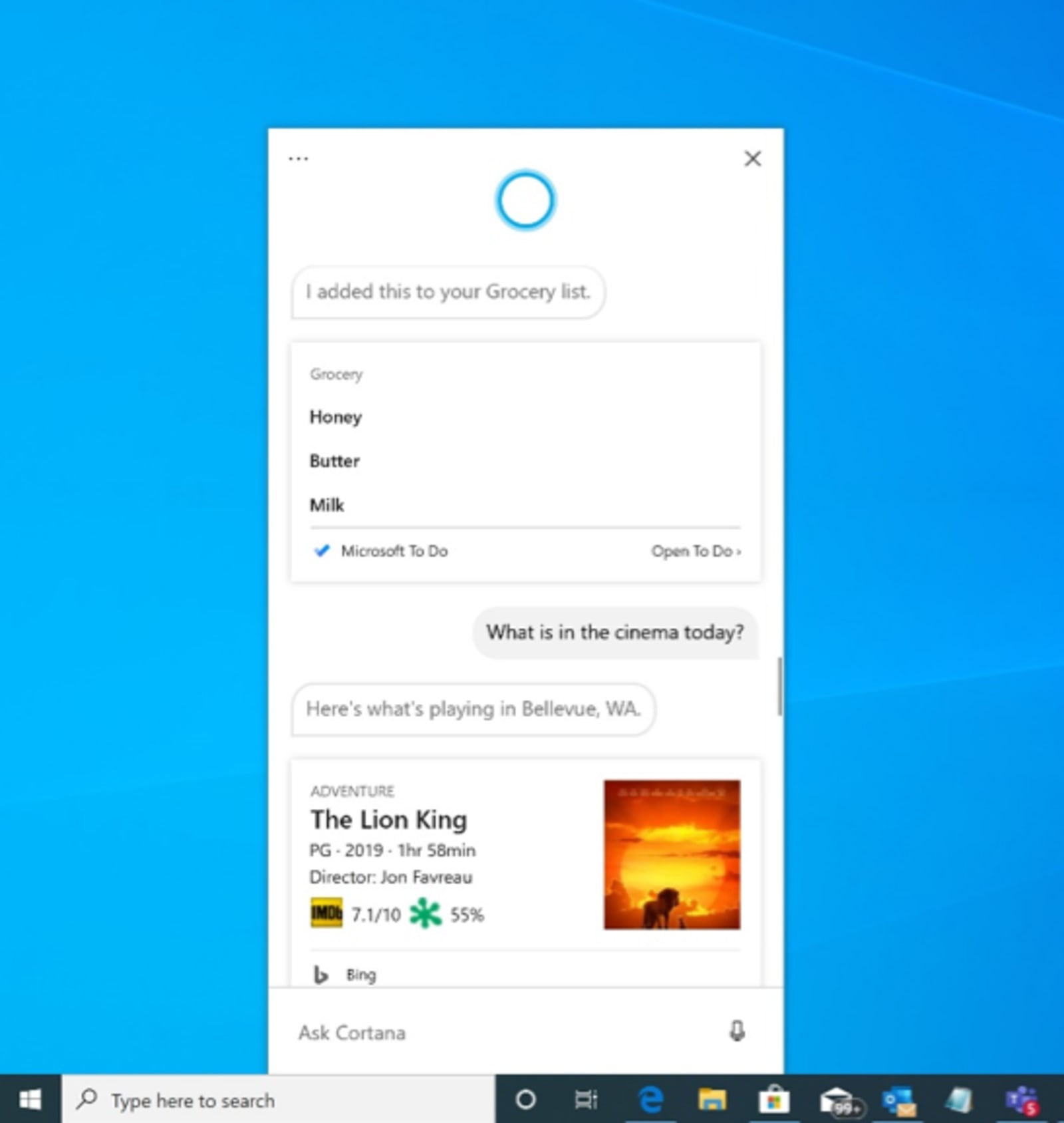