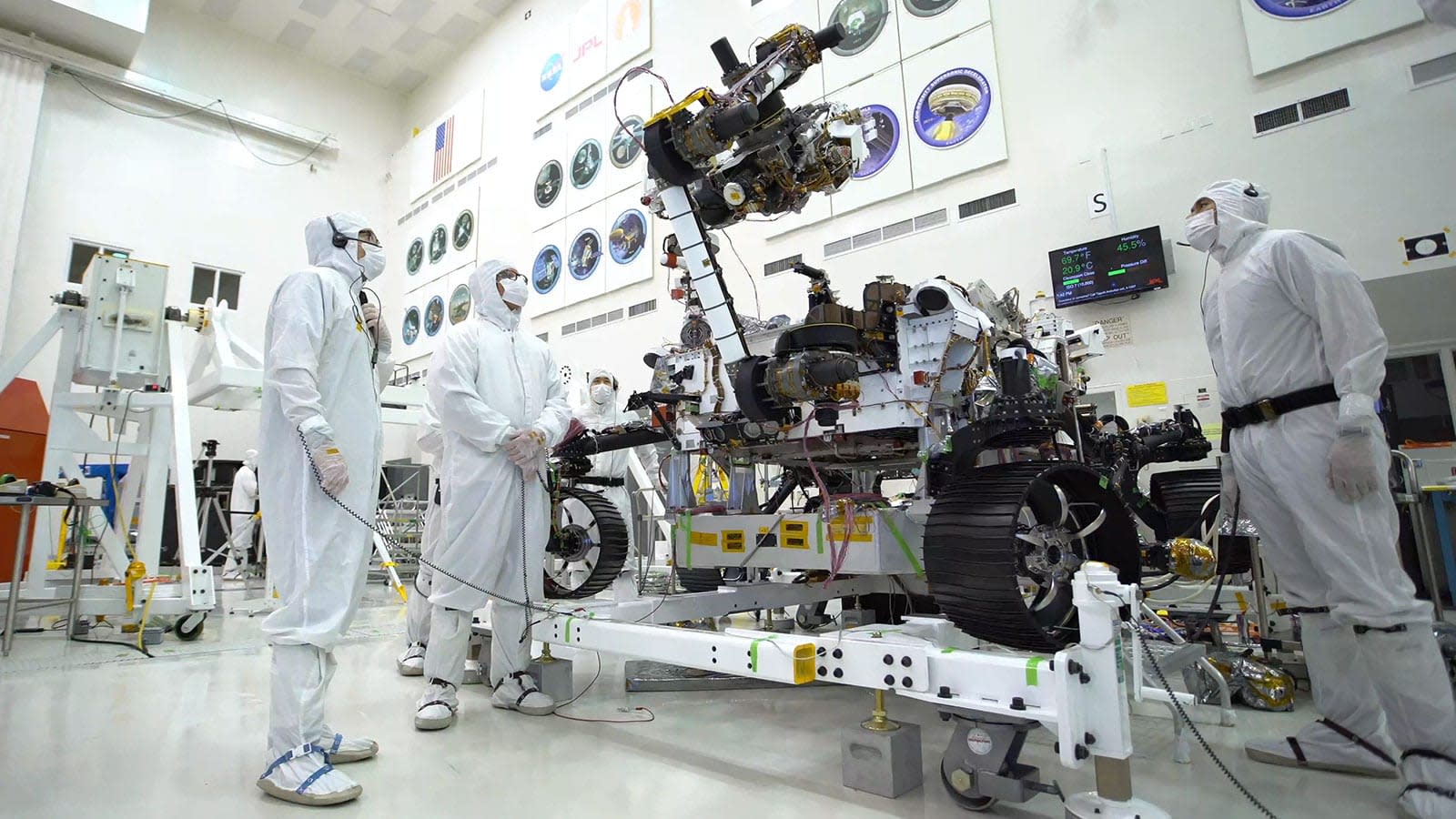 Over the past months, NASA's Jet Propulsion Laboratory installed the Mars 2020 rover's wheels, legs, arm and other components in preparation for the series of tests it has to go through before it heads to the red planet. One of those tests entails using its 7-foot-long arm to maneuver an 88-pound turret from a deployed to a stowed configuration in a move that's not unlike how you'd do biceps curls with a dumbbell. The Mars 2020 team conducted that test on July 19th, marking the first time they were able to watch the arm and the turret move in unison -- something the rover must be able to do on Mars.

Mars 2020's turret weighs that much, because it's equipped with HD cameras and a rich collection of sensors and science instruments, including a percussive drill and coring mechanism. While Martian gravity is only about 38 percent of our planet's, the ground team still made sure the arm is sturdy and strong enough to be able do its task, designing it with five electrical motors and five joints.

The rover's arm and turret have to be in sync, because they're working together on Mars. They'll be in charge of scraping, analyzing and collecting samples from interesting geological structures. Any rock or soil sample they collect will be returned to Earth by a future mission.

"This was our first opportunity to watch the arm and turret move in concert with each other, making sure that everything worked as advertised -- nothing blocking or otherwise hindering smooth operation of the system. Standing there, watching the arm and turret go through their motions, you can't help but marvel that the rover will be in space in less than a year from now and performing these exact movements on Mars in less than two."

If everything goes according to plan, the rover will leave for Mars in July 2020 and will touch down in February 2021. You can watch the rover's arm test below:

In this article: gear, mars 2020, nasa, rover, space, tomorrow
All products recommended by Engadget are selected by our editorial team, independent of our parent company. Some of our stories include affiliate links. If you buy something through one of these links, we may earn an affiliate commission.