I like playing games where stuff blows up, be it vehicles, fuel canisters, enemy bunkers, or brainpans. Suffice to say, I was more than a little reticent to try out Concrete Genie, a game about overcoming bullying with street art, from studio Pixelopus and published by Sony Interactive. However, after an hour or so with the game (enough to cover the first couple of levels), I came away pleasantly surprised. It's certainly not my cup of tea but it could well be yours.

Concrete Genie follows the exploits of Ash, a quiet and sensitive boy who spends most of his time sketching in his favorite notebook -- at least when he isn't having the town's local band of teenage bullies kick the snot out of him. The story takes place in Denska, a seaside port city that has seen better days. It used to be a thriving area but has been corrupted by an environmental disaster which has, in turn, led to an invasion of Darkness. It's up to Ash to fight off these corrupting forces and return the town to its former glory, the only way he knows how: by drawing magical graffiti on the exterior of every building he can reach while avoiding the wrath of his teenage tormentors. 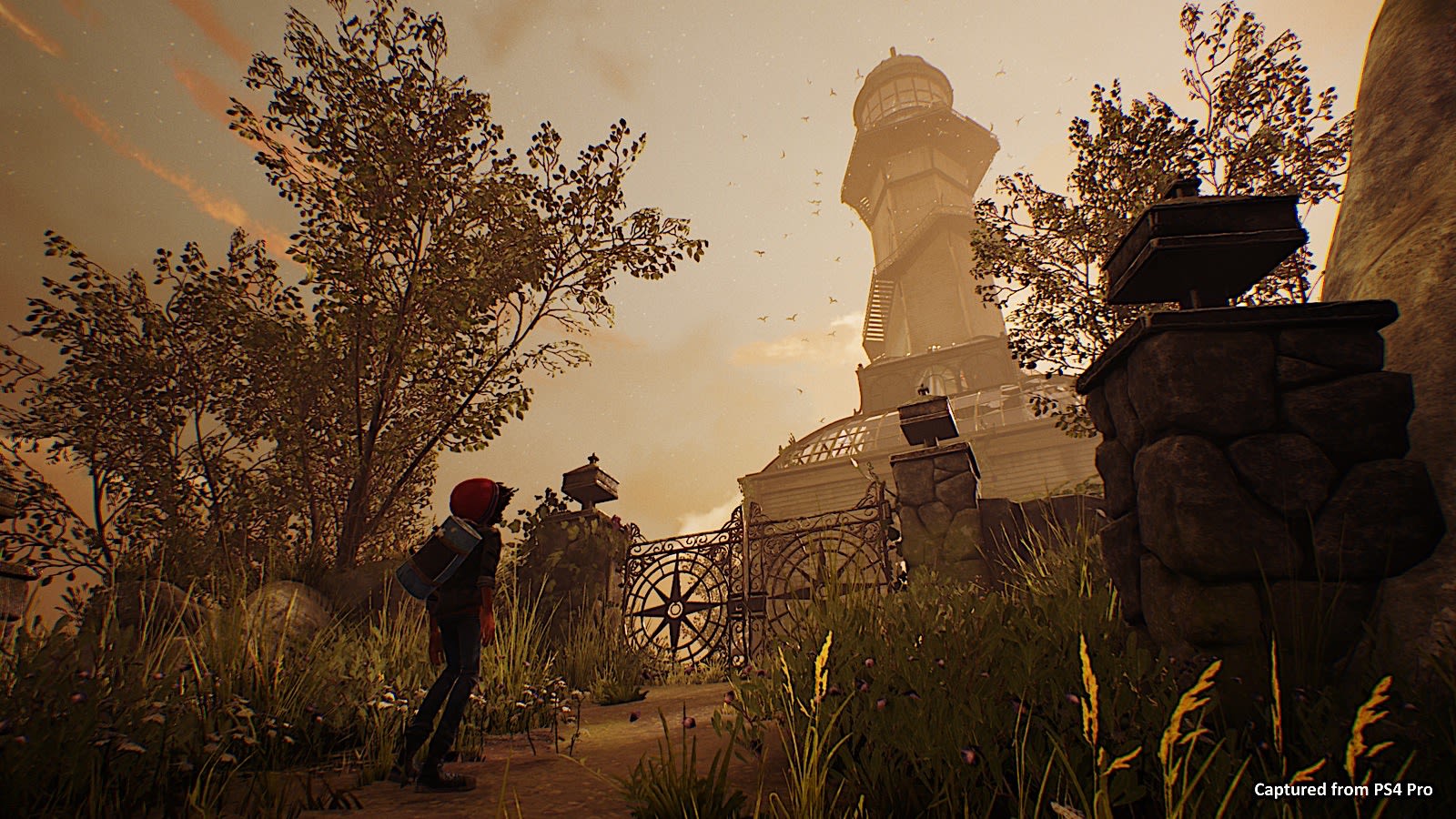 Armed with a magical paintbrush he found in an abandoned lighthouse -- because sure, why not -- and accompanied by mystical graffiti creatures known as Genies, Ash sets out to save the town, one act of petty vandalism at a time.

The game itself is gorgeous with beautifully animated cutscenes and an enchanting art style. The controls are equally well-designed and responsive. The player commands Ash via a third person trailing camera when moving across the map. In order to avoid the bullies, as well as reach new areas, Ash spends much of his time climbing walls and jumping between roofs. It's no Assassin's Creed but the platforming mechanics are sturdy and intuitive. It's tough to miss a jump or fall off a building in this game unless you're really trying to.

Painting murals is a bit trickier. You hold down R1 to start painting and then use the controllers' six-axis tilt sensors to move the cursor around the brick and mortar canvas. It takes a bit of getting used to -- I wasn't trying to be the next Rembrandt during the hands-on event so much as get through the levels -- but I can see players making some beautiful works if given a bit of time. This isn't freehand art, mind you. Instead, players pick what is essentially a stamp of what they want to draw and then apply it to the wall, using the controller to dictate the image's size and shape. These stamps range from basic grasses, wildflowers and trees to stars, moons, butterflies, and campfires. 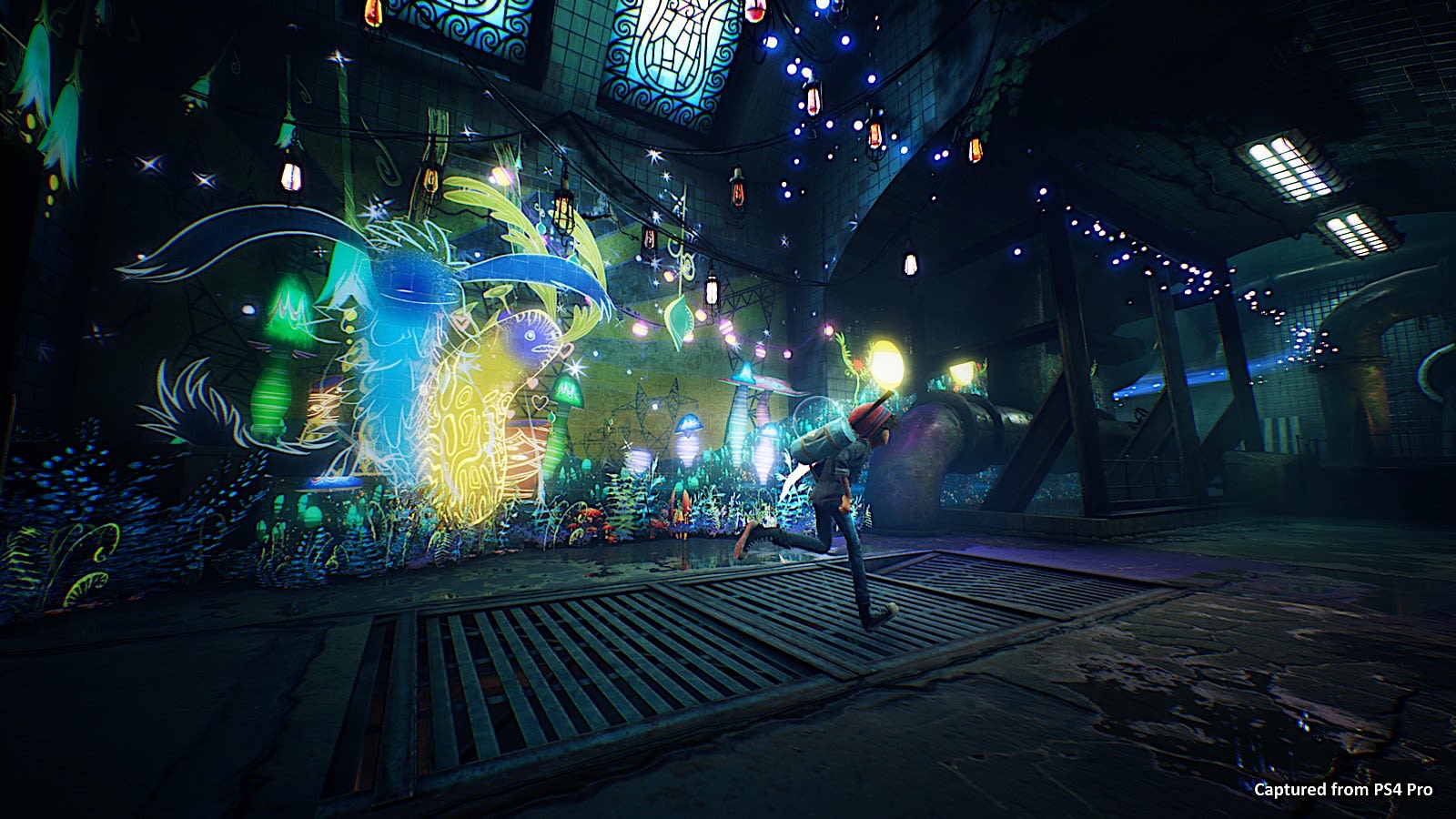 Concrete Genie's main story lasts around 5 to 6 hours, hence the $30 price tag, but does include a pair of VR experiences if you've got a PSVR headset handy. Experience mode is a persistent game of "appease the genie" where you create a 360-degree mural while following the directions of Splotch (a mini genie that lives on Ash's backpack) while Freeform mode is essentially a blank canvas where you can create whatever comes to mind.

You draw your companion Genies as well, though only at specific sites and often because that's where you'll need to solve a puzzle to advance the story or open up new areas of town to explore. I'm not a fan of puzzle games, preferring to instead solve problems with a well-placed grenade volley, but these puzzles are Babytown Frolic easy.

The basic mechanics boil down to the following sequence: find a genie spawn point, draw the genie, and draw whatever objects the genie asks of you to gain its trust and friendship. Once the genie is placated, it will charge your super paint meter -- the stuff you use to cover over the Darkness and rehab the town. Paint over the Darkness, then lead the genie to whatever object is blocking your path and have it burn the item to cinders, allowing you to continue. I solved three puzzles during my playthrough and each one was a minor variant of this method. It felt like I was just going through the motions rather than unraveling a pernicious mystery. 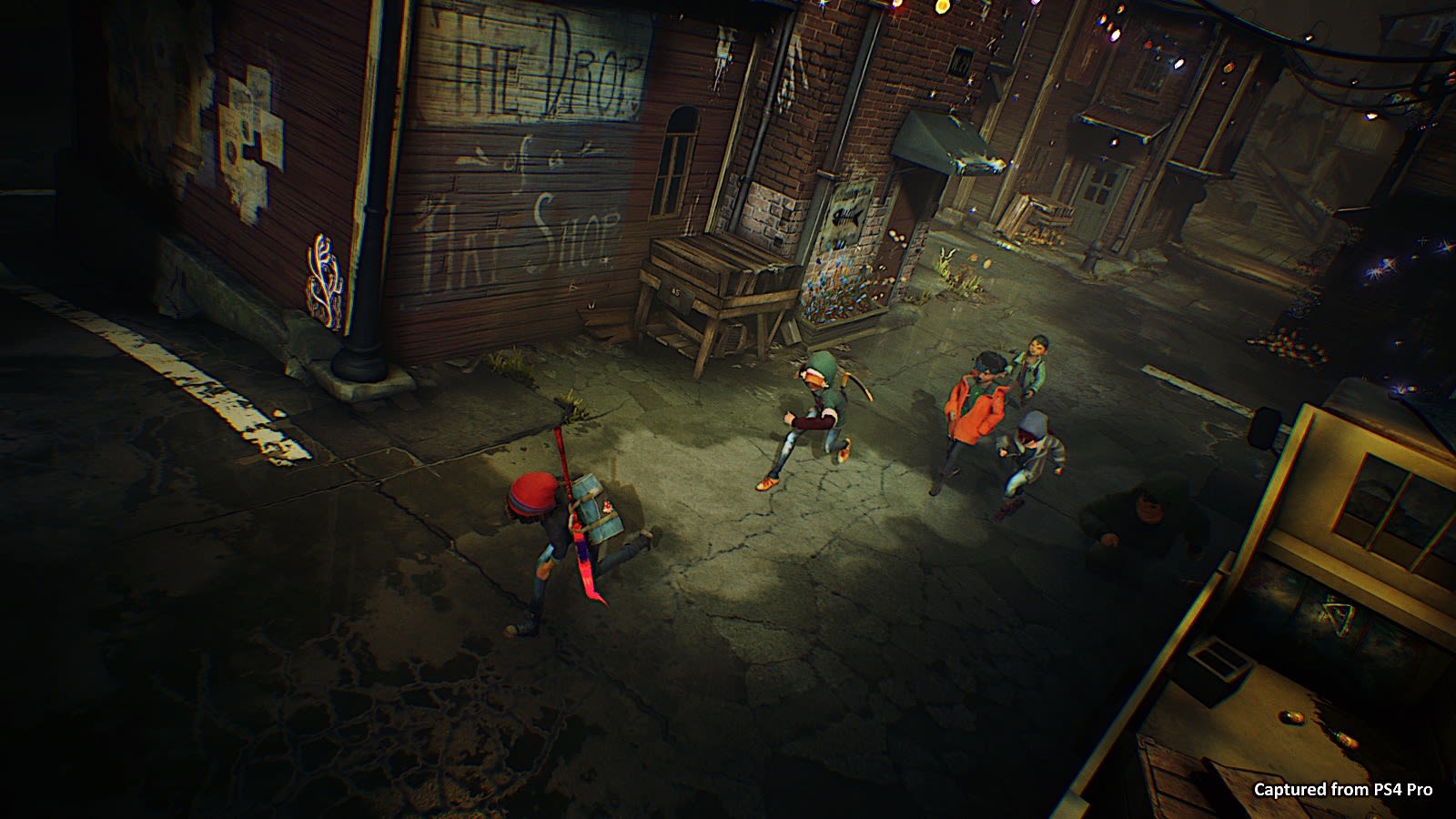 One thing I couldn't figure out is why Ash would allow himself to be bullied in the first place. Yes, I get it, the bullying is a major plot point and serves as the basic impetus for his adventure but it's infuriating to watch. He's got at least three inches and 40 pounds on the two smallest bullies (though bullies come in all shapes and sizes), yet he just stands there, letting them steal his notebook, tear it to shreds and scatter the pages to the wind, which he then has to seek out and recollect.

In the end, the art style and gameplay mechanics are solid. The puzzle aspects are pedestrian but easy enough to solve that they won't hamper your progress. The storyline is enough to make you want to slap Ash for his own good. Despite his demeanor, I did find myself rooting for Ash to succeed by the end of the play through. And even though the gameplay wasn't particularly challenging, it was a surprisingly pleasant and laid back experience. Really, this game isn't about Ash, his passivity, or (what I can only assume) his eventual overcoming of adversity. It's really just a vehicle, an opportunity and excuse for the player to imagine, design and create beautifully animated pieces of street art. The tranquility of that experience, I'd say, warrants a $30 investment. Even if nobody's head explodes.