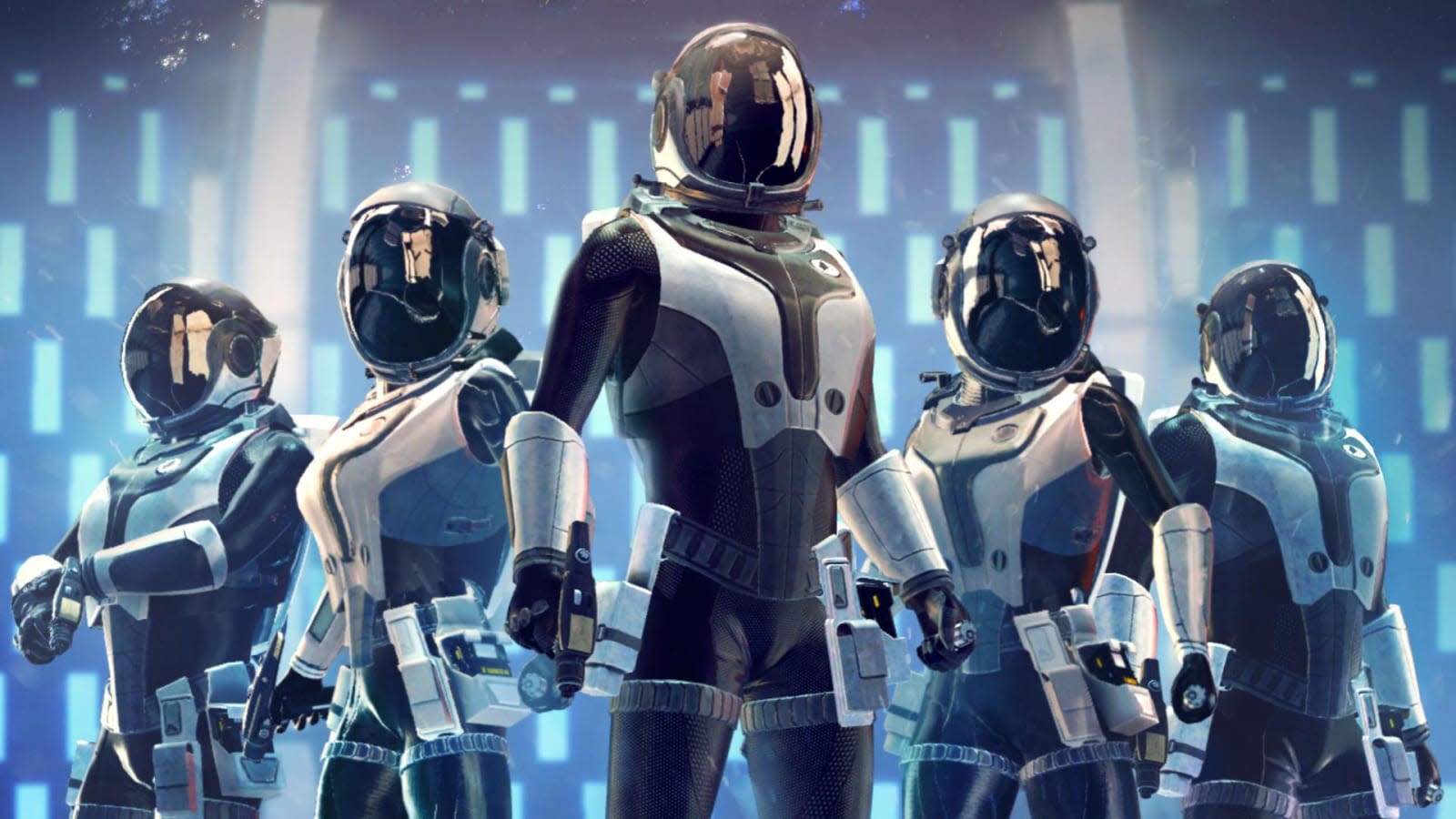 When Starfleet calls, Trekkies will answer, and Starfleet's latest call to action involves the world's first free-roam Star Trek experience. Later this year Sandbox VR will launch the first Holodeck VR experience, where fans can enter the world of Star Trek to complete a mission involving problem-solving, combat and -- of course -- phasers.

Up to six friends can take part in the 30-minute mission, which uses full-body motion capture technology to really immerse you in the Star Trek universe. As a team, you're tasked with investigating a distress signal from a lost spaceship, and along the way you'll use a tricorder, fire a phaser rifle, be transported to an alien planet and go to warp on the USS Discovery. "It's probably a lifelong dream come true for Star Trek fans," said game designer Michael Hampden, who directed the experience for Sandbox VR.

Sandbox VR -- one of a number of startups looking to get VR out of the home -- will launch Star Trek: Discovery Away Mission at its Hong Kong and San Francisco Bay area locations in the fall, with Los Angeles, New York, Austin, San Diego and Chicago to follow later in the year. A global rollout is expected by early 2020. It's not the first company to offer this kind of VR experience, but it is the first to offer a Trek-branded one, and given the success of Bridge Crew -- the at-home space exploration VR experience -- it'll have no issues recruiting willing crew members.

In this article: av, entertainment, experience, gadgetry, gadgets, gaming, holodeck, immersive, motion capture, phasers, Sandbox, services, space, Star Trek, VR
All products recommended by Engadget are selected by our editorial team, independent of our parent company. Some of our stories include affiliate links. If you buy something through one of these links, we may earn an affiliate commission.