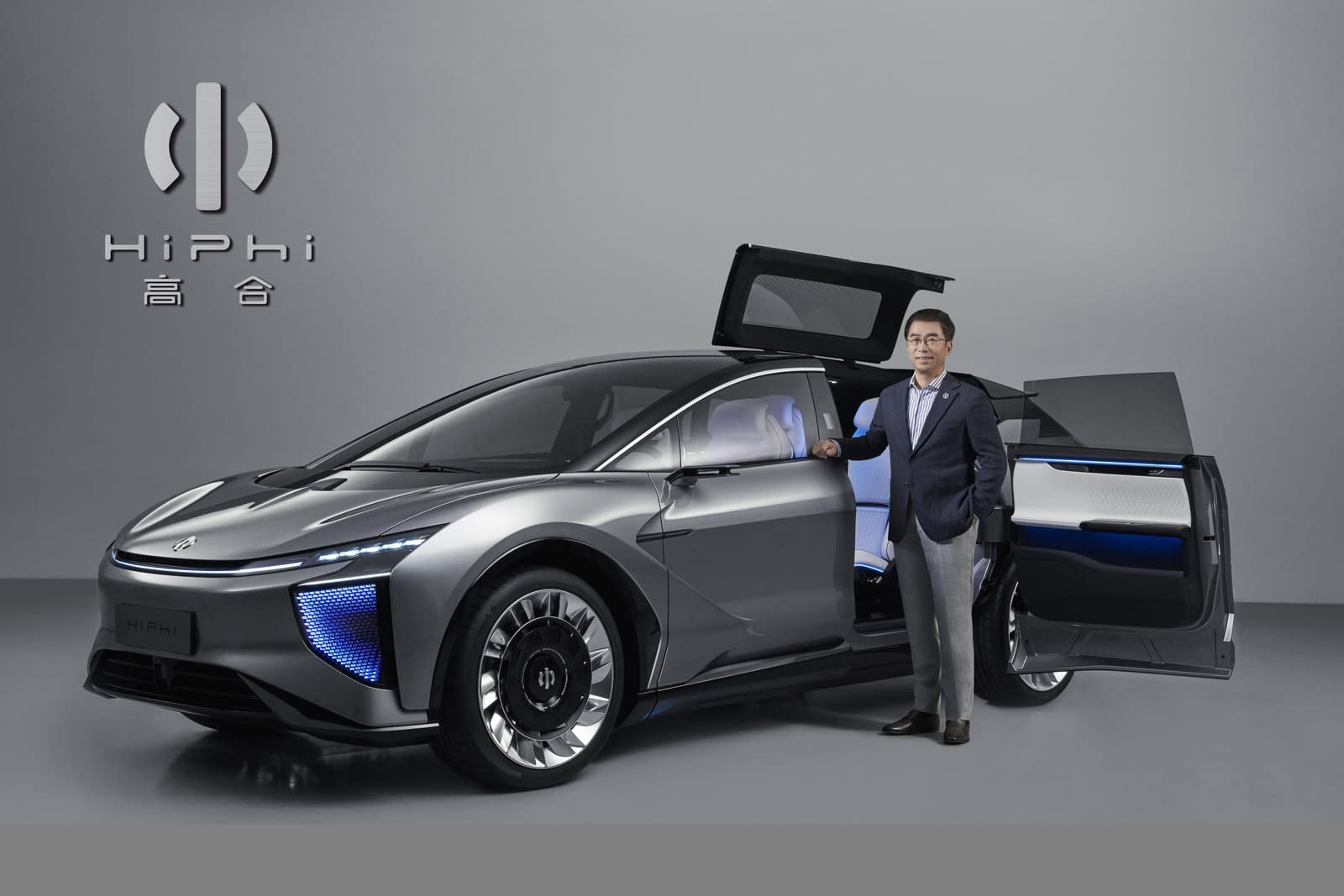 How do you stand out in a sea of EV startups? By leaping on every tech buzzword possible, apparently. Human Horizons has introduced the HiPhi 1, a luxury electric SUV that could make even the Model X seem modest. It's reportedly the first production car with a 5G link to connected cars and cities, for a start. While it'll work with LTE, it might just have a next-gen connection before your phone does.

The six-seater is loaded with other tricks. You can use facial recognition to unlock the doors in addition to your phone or a key fob. The rear doors include both rear-hinged doors and small gullwings that can operate independently -- there's even a "parade mode" that only opens the gullwings to let you greet your adoring public. The lights are programmable to beam patterns (including on the road), and the cabin is loaded with nine screens that border on overkill.

It should be a decent performer, as well, with two 268HP motors, a 3.9-second 0-62MPH time and a claimed 400-mile range. It'll be capable of Level 3 autonomy (that is, conditional self-driving).

As with many startups like this, though, Human Horizons is a long way from production. It won't be ready for its native China until 2021, and there's no mention of when it might reach other countries. Pricing is also an unknown.

The pedigree might be there, though. The company's technical development has been led by Mark Stanton, a veteran of Ford and Jaguar Land Rover, while company co-founders Ding Lei and Kevin Chen had key roles in regional division s for Ford, GM and GM, among others. The experience is there -- the challenge is translating that to a tangible car you can buy.

In this article: 5g, china, electric car, electric vehicle, ev, gear, hiphi 1, human horizons, suv, transportation, v2x
All products recommended by Engadget are selected by our editorial team, independent of our parent company. Some of our stories include affiliate links. If you buy something through one of these links, we may earn an affiliate commission.