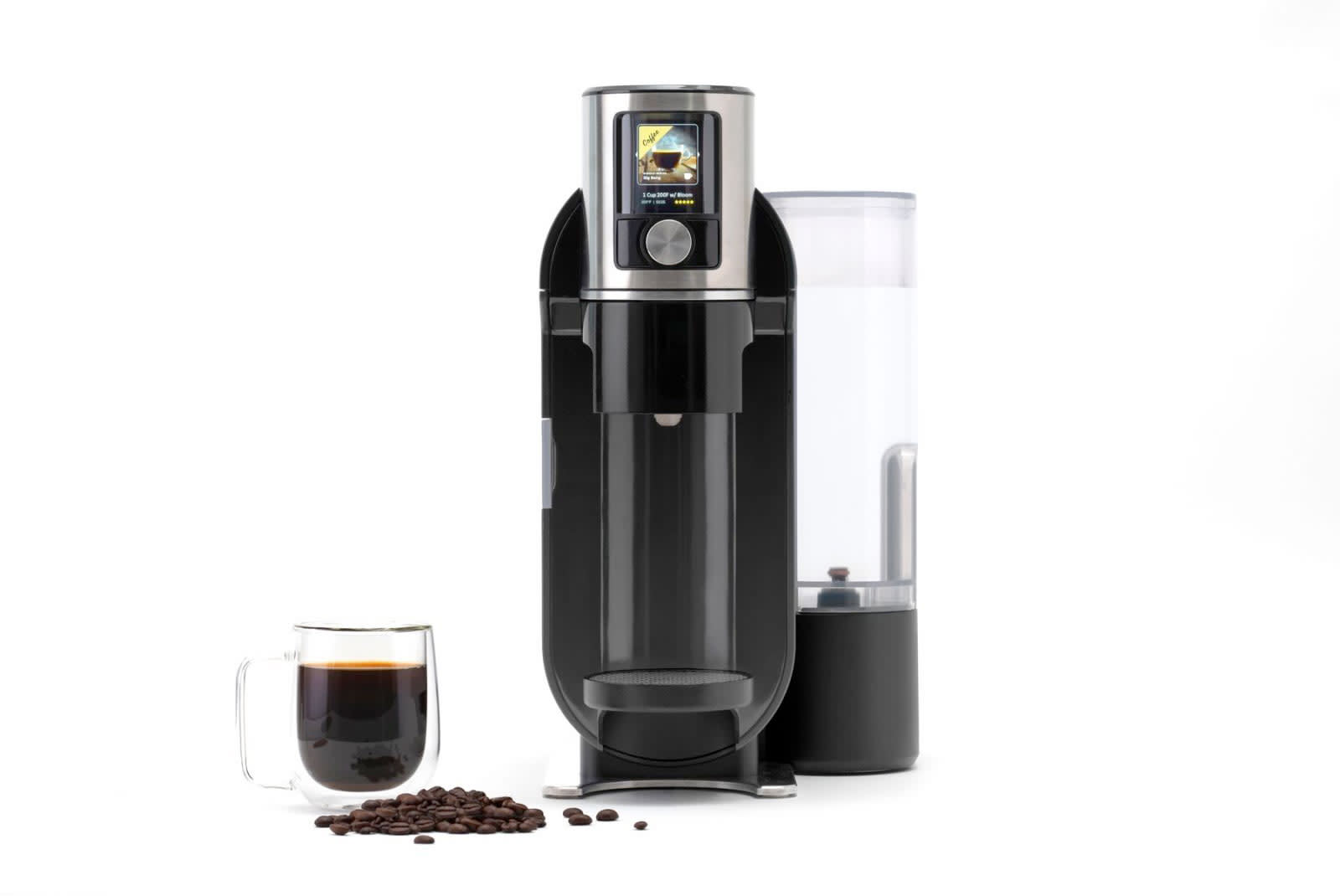 In May of 2018 PicoBrew announced the Pico U -- a universal brewing machine that was supposed to make basically any beverage you could called "brewed", from coffee, to beer to horchata. Well, the story didn't end well for the Pico U. Its Kickstarter campaign was pulled and the device never actually saw the light of day. A little over a year later and the company is ready to try it's hand at an all-in-one system again. The Pico MultiBrew takes the core concept of the U, but refocuses it. The result is a product that might have an easier time finding a home on your counter.

PicoBrew has always made interesting appliances. But they've never been much to look at. They're boxy, utilitarian and would seem more at home in a garage than on a kitchen counter. That's part of what made the U a tough sell for many. It may have fit on a counter top, but it was still relatively large and looked more like a 3D printer than a coffee machine. The MultiBrew is significantly smaller and has rounder edges. It clearly take a number of aesthetic cues from Nespresso machines.

Part of the reason for that is because the MultiBrew is a first and foremost a coffee machine. Unlike PicoBrew's other devices which have put beer first, this is making your daily caffeine injection the priority. It can still brew beer. And kombucha. And golden milk. And tea... basically a lot of things. But they're all value added propositions, not the focus.

To that end, PicoBrew is working to partner with coffee roasters, the same way it did with craft breweries. The hope is to bring them on board to make branded pods for the MultiBrew, not unlike Keurig's K-Cups. The difference is that, these pods would be more environmentally friendly and made of wood pulp, like the PicoPaks. And the company is promising that the coffee will be as freshly roasted and ground as possible. Your coffee won't be sitting a warehouse somewhere for two months, before being shipped to a supermarket where it will sit on a shelf for another two months, when it's finally slapped in a $60 machine that spits hot-ish water over stale as dirt grinds.

So obviously part of the pitch here is convenience. But where Picobrew thinks it can make an impact is by also guaranteeing quality. Where as a Keurig machine is basically a one-size-fits all solution, Pico is promising barista-style fine-grained control over the brewing process. Where as the temperature of the water in a standard consumer model coffee machine can vary by as much as five degrees, in a demo I saw variations of only about one degree on the MultiBrew. And that temperature can be customized for every cup or carafe of coffee you brew. Roasters can even build their own suggested brewing routines and have them pushed to the MultiBrew automatically for use with their pods. So if they believe a starting temp of 190 degrees with a bloom, before slowly ramping the temp up to 195 is the ideal for that particular bean, they can tell the machine to do that.

Picobrew isn't ready to start taking order just yet, though. The company is asking potential customers for feedback and ideas, including where to host its crowd funding campaign. Preorders won't open until the fall and we don't know how much it'll cost just yet. PicoBrew is only willing to say it "will be in line with market-leading premium single-serve coffee solutions like Keurig K-Elite," which costs $170.

Convincing customers to trust in their countertop brewing computer won't be the hardest challenge for PicoBrew, though. It will be getting roasters on board. Part of the sales pitch for the company has always been its ability to deliver a hassle free experience by working with partners that do a lot of the heavy lifting when it comes to recipe creation. And convincing small specialty roasters that it's worth the time and investment to create pods and programs for a niche device might be a hard sell.

In this article: appliance, beer, coffee, coffee maker, gadgetry, gadgets, gear, home, homebrew, kitchen, multibrew, picobrew
All products recommended by Engadget are selected by our editorial team, independent of our parent company. Some of our stories include affiliate links. If you buy something through one of these links, we may earn an affiliate commission.