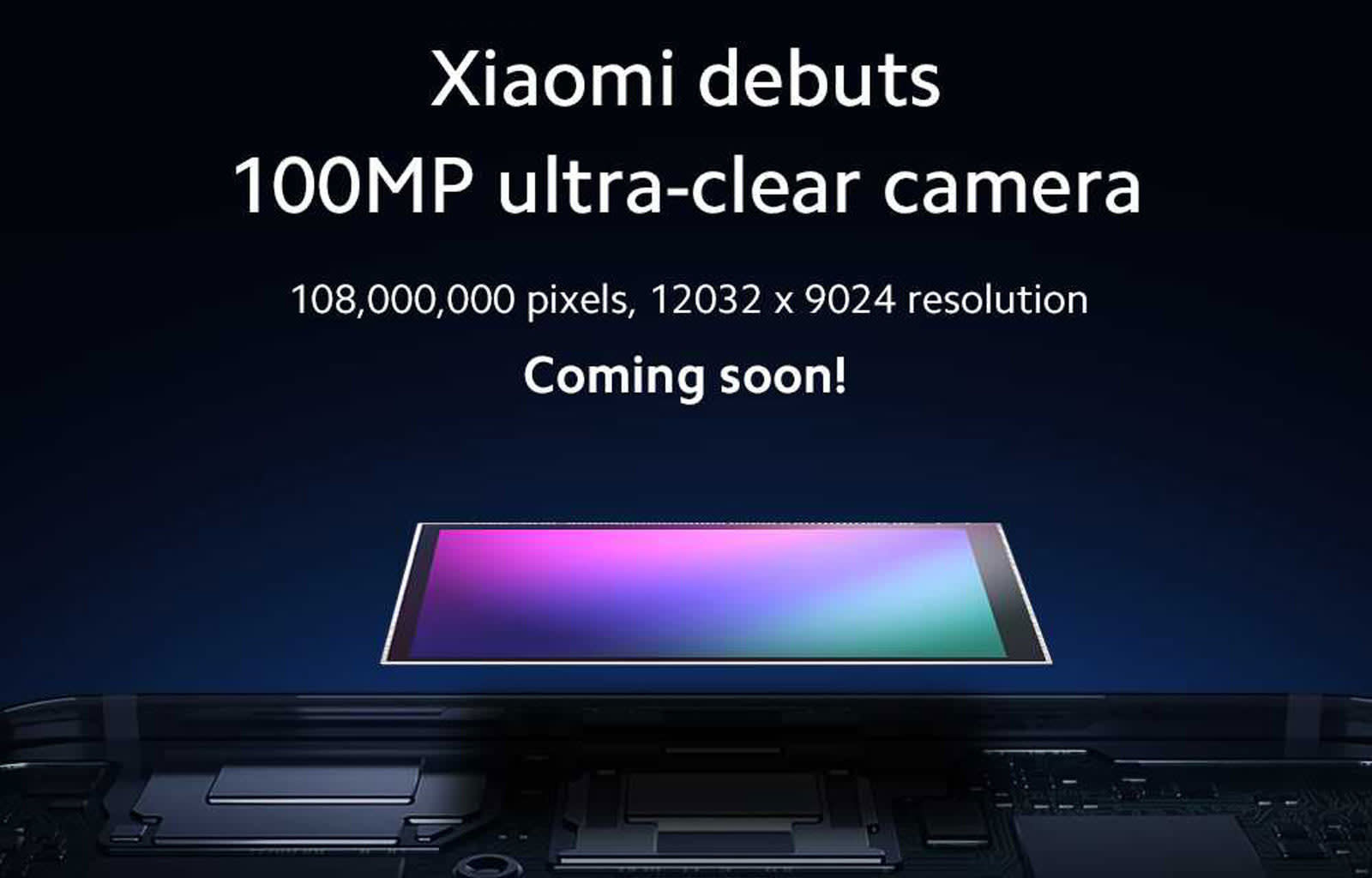 Suddenly, Samsung's 64-megapixel phone camera sensor seems antiquated. Xiaomi has revealed that it will not only use the 64MP sensor in an upcoming Redmi phone, but that a future phone will pack a 108MP (oddly billed as 100MP) "ultra-clear" Samsung ISOCELL camera sensor. That's a 12,032 x 9,024 image, folks. This is the kind of resolution you typically expect from medium format cameras, not the phone in your pocket.

Neither Xiaomi nor Samsung has delved into detail on the sensor, so you might not want to plan your phone upgrades around it. While the 64MP sensor is supposed to have improved low-light performance over its 48MP counterpart, that won't necessarily translate to the 108MP model. Unless it's physically larger, it'll reduce the amount of light entering each pixel. You could get phenomenal detail in bright conditions, but the camera might fall apart quickly when taking photos in the dark. If it's at least a decent performer, though, you'd have plenty to brag about with your fellow shutterbugs.

In this article: android, cameras, gear, isocell, mobile, photography, redmi, samsung, smartphone, xiaomi
All products recommended by Engadget are selected by our editorial team, independent of our parent company. Some of our stories include affiliate links. If you buy something through one of these links, we may earn an affiliate commission.