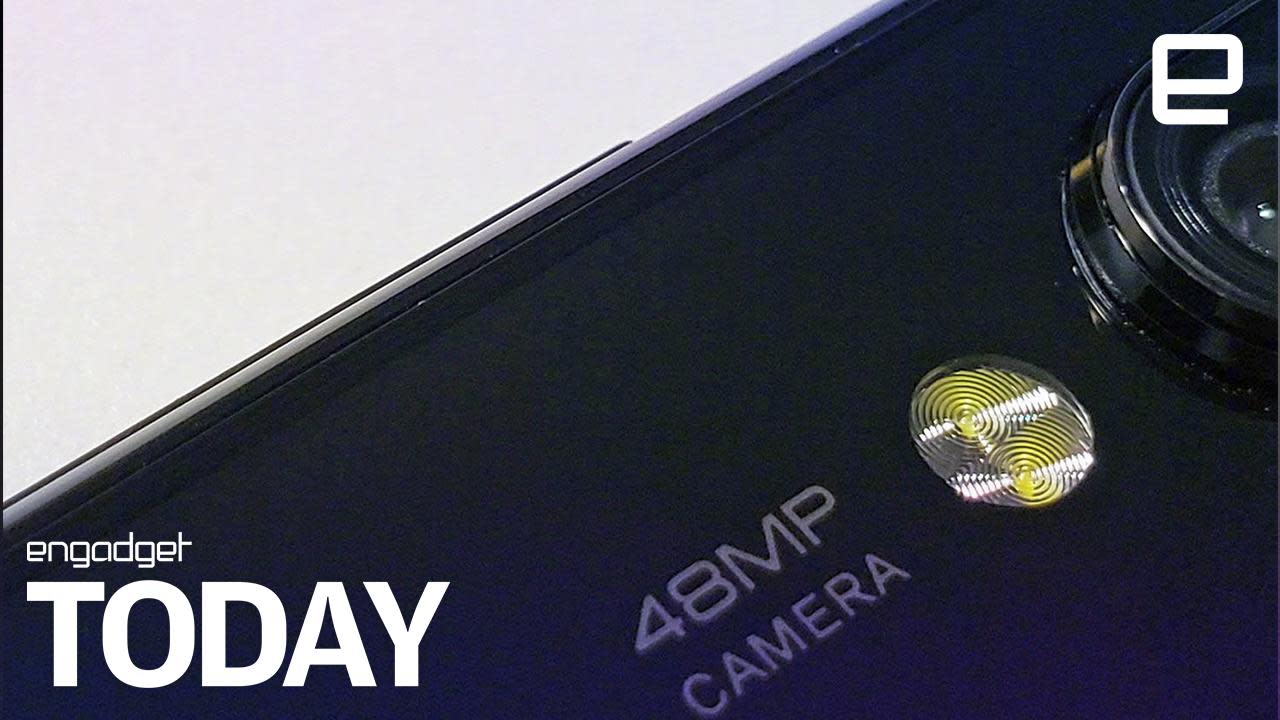 Earlier this year, both Sony and Samsung unveiled their own 48-megapixel smartphone sensors, thus breaking the 41-megapixel record previously set by Nokia. With the more recent Huawei Mate 20 Pro and P20 Pro maxing out at "just" 40 megapixels, it's about time for someone else to restart the megapixel race, and who better than Huawei's local rival, Xiaomi, to do so?

Earlier today, Xiaomi president Lin Bin took to Weibo -- via his ceramic Mix 3 slider -- to post a close-up photo of what appears to be a phone with a 48-megapixel camera plus dual LED flash. It's unclear how many lenses there are here, but based on how the set is right next to a volume rocker, it's safe to assume that this camera is positioned at the top left corner on the back of the phone.

Lin didn't share much else, other than the fact that this phone will be launched in January, and that he has apparently "used it for a few weeks, not bad!" If all goes well, Xiaomi could very well end up having the world's first smartphone with a 48-megapixel camera, and chances are it'll feature either Sony's IMX586 or Samsung's ISOCELL Bright GM1 (or both).

While both sensors have a tiny 0.8 micron pixel pitch, they can leverage pixel binning algorithms to merge four pixels into one, in order to simulate the better light sensitivity of 1.6 micron pixels in dark environments (meanwhile, many flagship phones use 1.55 micron sensors). When there's plenty of light, the 48-megapixel resolution offers smooth digital zoom with minimal loss in detail -- you can do a 4x zoom and still get a native 12-megapixel crop, for instance. Likewise for electronic stabilization for video shooting.

Still, at the end of the day, it's all about how well the smartphone brands tune their cameras, and frankly, this has not been Xiaomi's strong point. Hopefully the company can surprise us all with this mysterious phone come January.

In this article: 48megapixel, 48mp, AOLoriginals, DailyShow, Engadget, EngadgetToday, EngadgetVideo, Entertainment, gear, linbin, mobile, redmi, smartphone, xiaomi
All products recommended by Engadget are selected by our editorial team, independent of our parent company. Some of our stories include affiliate links. If you buy something through one of these links, we may earn an affiliate commission.