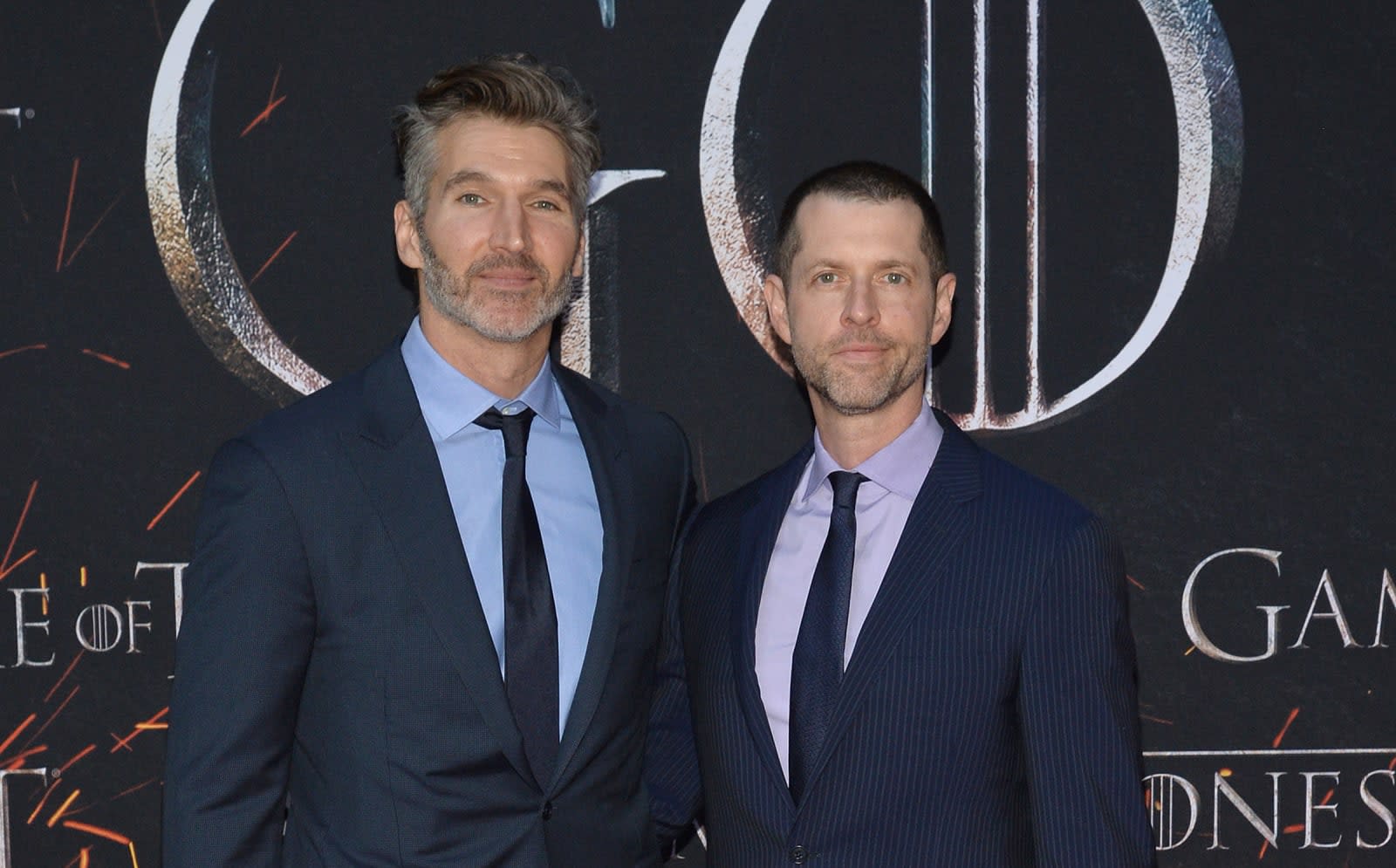 David Benioff and Dan Weiss, whom you probably know as the showrunners for that little HBO series Game of Thrones, are moving to a new home. According to The Hollywood Reporter, the duo has signed a $200 million multiyear film and TV deal with Netflix, becoming the latest big-name showrunners to join the company. Netflix also signed massive content deals with Glee's Ryan Murphy and Shonda Rhimes last year.

The streaming giant reportedly had to beat competing offers from Amazon and Disney, which also tried to lock Benioff's and Weiss' services. Sources told THR that Amazon, which signed a similar nine-figure agreement with Westworld's creators earlier this year, was the frontrunner until Netflix countered with a presumably better offer. Meanwhile, HBO (the duo's home for the past decade), made it clear early on that it couldn't compete with the other companies.

Benioff and Weiss said in a statement:

"We've had a beautiful run with HBO for more than a decade and we're grateful to everyone there for always making us feel at home. Over the past few months we've spent many hours talking to Cindy Holland and Peter Friedlander, as well as Ted Sarandos and Scott Stuber. We remember the same shots from the same '80s movies; we love the same books; we're excited about the same storytelling possibilities. Netflix has built something astounding and unprecedented, and we're honored they invited us to join them."

While the deal will definitely see the duo develop a number of films and shows exclusively for the streaming company, it's not entirely clear when they will begin. If you'll recall, the partners are writing and producing a Star Wars trilogy separate from Rian Johnson's for Lucasfilm, and the first in the series is already scheduled for 2022.

In this article: entertainment, game of thrones, internet, netflix
All products recommended by Engadget are selected by our editorial team, independent of our parent company. Some of our stories include affiliate links. If you buy something through one of these links, we may earn an affiliate commission.