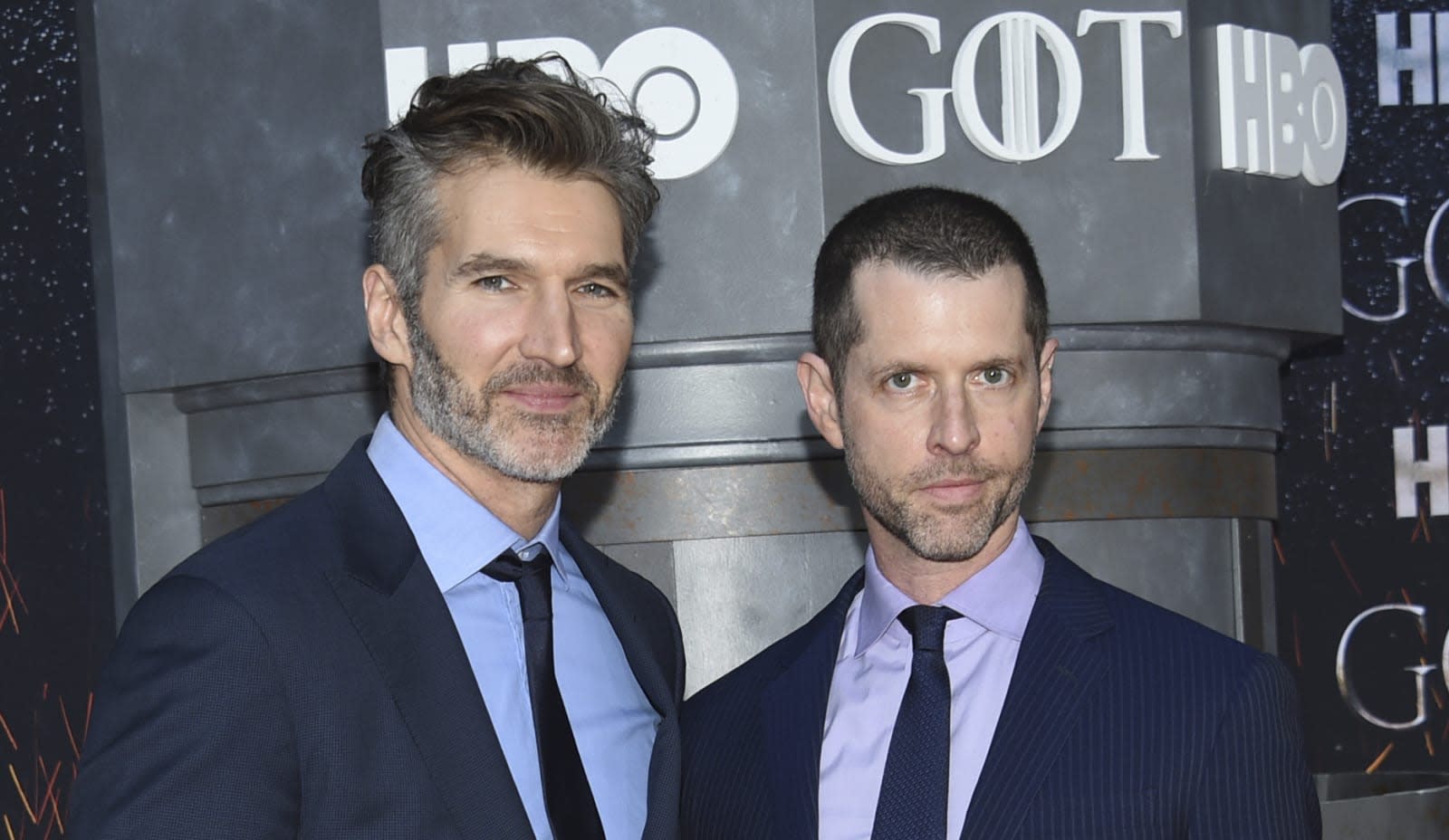 There's just one episode left of Game of Thrones and the creators of the HBO phenomenon are looking ahead to a project with an even bigger canvas: Star Wars. Disney CEO Bob Iger said today at the MoffettNathanson Media & Communications Summit the next movie in the franchise (after this year's The Rise of Skywalker) will be from David Benioff and D.B. Weiss.

Disney revealed last week in its updated release schedule that the next three Star Wars movies are scheduled for release in 2022, 2024 and 2026. It emerged last year that Weiss and Benioff will write and produce a series of Star Wars movies that are separate from The Last Jedi director Rian Johnson's trilogy, but this is the first confirmation of a release timeline for their film(s).

Iger said that the three-year gap between Episode 9 and the first Weiss and Benioff movie "was the proper amount of time to not only take a breather and reset, but to really gear up for the next film's release." To help tide you over, there'll be several Star Wars series on the upcoming Disney+ streaming service.

In this article: av, bob iger, bobiger, david benioff, davidbenioff, db weiss, dbweiss, disney, entertainment, game of thrones, gameofthrones, star wars
All products recommended by Engadget are selected by our editorial team, independent of our parent company. Some of our stories include affiliate links. If you buy something through one of these links, we may earn an affiliate commission.