‘Brave Father Online’ is a ‘Final Fantasy’ movie with heart

Brave Father Online is a gem of a movie. It's charming, funny and has plenty to say about empathy, the value of community and why you should forge deeper connections with loved ones. And even though much of the action takes place inside a video game, the film's giant beating heart speaks volumes about the careful craft involved its creation.

Based on a true story, the film is an adaptation of Final Fantasy XIV: Dad of Light (a Netflix series in most regions). Like the show, the film uses a mix of live action and footage captured in Final Fantasy XIV, the massive multiplayer online game that debuted in 2013 and is still going strong (more than 16 million registered players and around 22,000 people playing via Steam alone at any given time).

Brave Father Online: Our Story of Final Fantasy XIV, to give the film its full title, centers on a family whose workaholic patriarch Akira (Kôtarô Yoshida) is often distant or absent to his children. But, on the brink of a big promotion, he suddenly retires and changes the family dynamic. 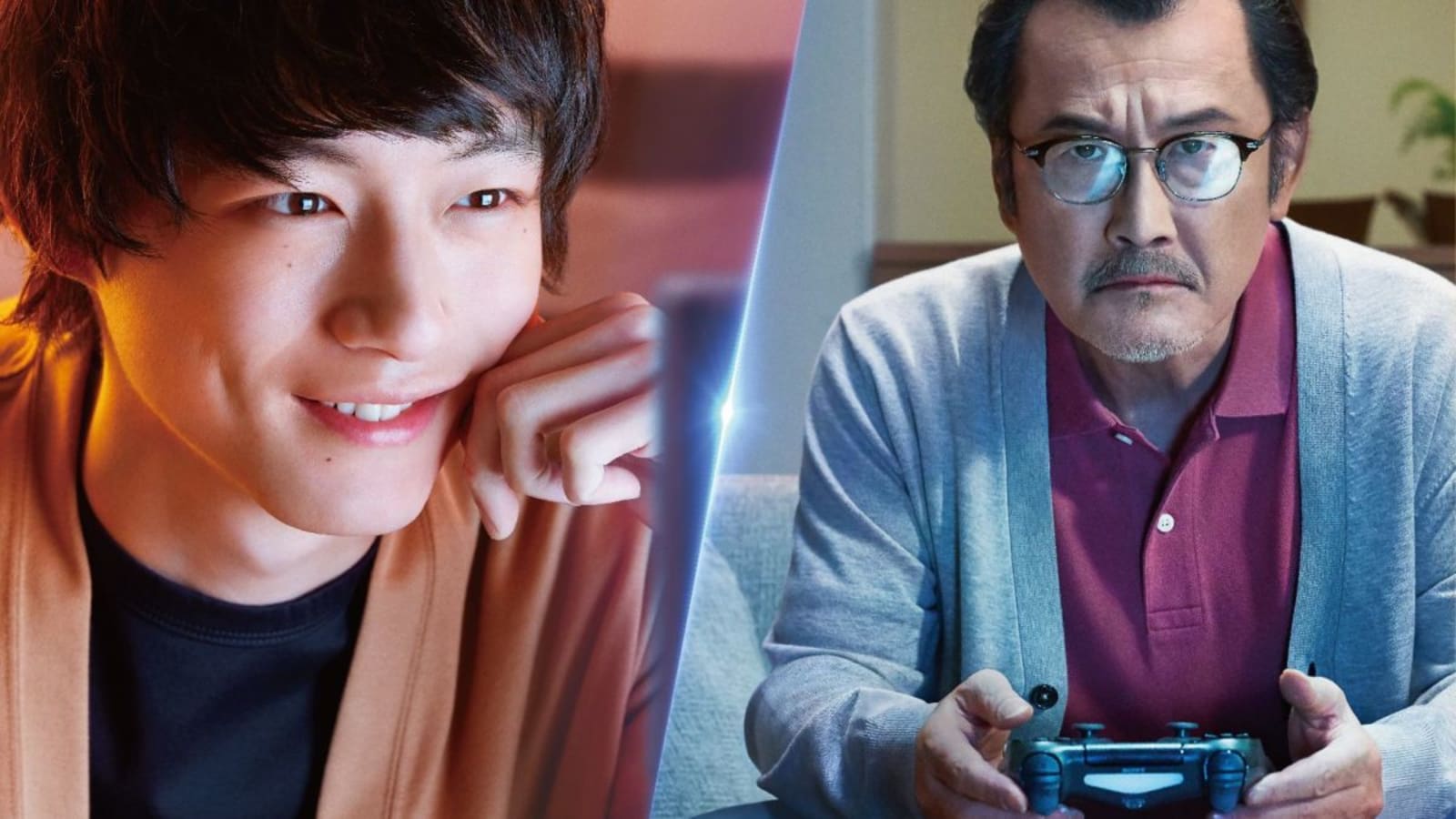 Leaving his job has a clear impact on Akira, who struggles with loneliness despite living with a family desperate to connect with him. His son, Akio (Kentaro Sakaguchi), remembers playing Final Fantasy with his father many years before, so he buys his dad a PS4 and a copy of Final Fantasy XIV and gets to work befriending his father's avatar and rekindling that relationship.

Akio, whose in-game character is named Maidy, saves his dad from an enemy and shows him the ropes in the game. Akira aligns himself with his son's group and the two start to rely on each other, having each other's backs during battles and helping each other through their personal and professional woes.

Making a film based partly inside a game presents unique challenges most productions don't have. The process was split in two, with the live-action filming and game capture taking place simultaneously, each with its own director. Kiyoshi Yamamoto, who handled the in-game aspects, used some intriguing framing and the sweeping scenery of Eorzea (Final Fantasy XIV's fictional world) to make his scenes as engaging and perhaps even more cinematic than the live-action material.

The now-famous in FFXIV circles, real-life Maidy and his dad helped with the Final Fantasy XIV scenes by controlling their original characters. And thanks to game developer Square Enix giving the cast and crew access to a private server, they could work in relative peace, away from their online fans.

As with most movies, there was a degree of trickery involved. Yamamoto gathered his main band of players (perhaps actors isn't the right term here) in a conference room filled with PCs, so he could direct them more effectively than if they were playing at home. He also revealed in a Q&A session after a screening at the Fantasia International Film Festival that they sometimes activated an invulnerability setting during boss battles, hoping to make footage capture easier, but it didn't always work. The characters still died when they were hit with one particularly devastating attack.

A few other technical issues hampered the process, too. If character models clipped each other, Yamamoto and his team had to go back to reshoot scenes if Square Enix didn't sign off on the footage.

Many modern games are designed to keep players hooked for years, with more content added all the time. Recent updates to Final Fantasy XIV afforded Yamamoto more tools to play with since Netflix's Dad of Light debuted in 2017 (filming on Brave Father Online took place early this year). Among those additions are new animations and emotes, which he puts to often hilarious use.

Harnessing animations from games to tell new stories isn't exactly a novel concept -- people have been using game footage and engines to create machinima videos for decades. Still, Yamamoto and co-director Teruo Noguchi seamlessly blend the live-action and game footage into a cohesive, compelling whole, perhaps best exemplified by a training montage that amped me up more than any I've seen in a long time.

The directors touch on gaming tropes in fun ways as well, such as grinding through levels to bolster a character. There's an especially enjoyable sequence in which Akira gets to grips with some of the lingo, too. 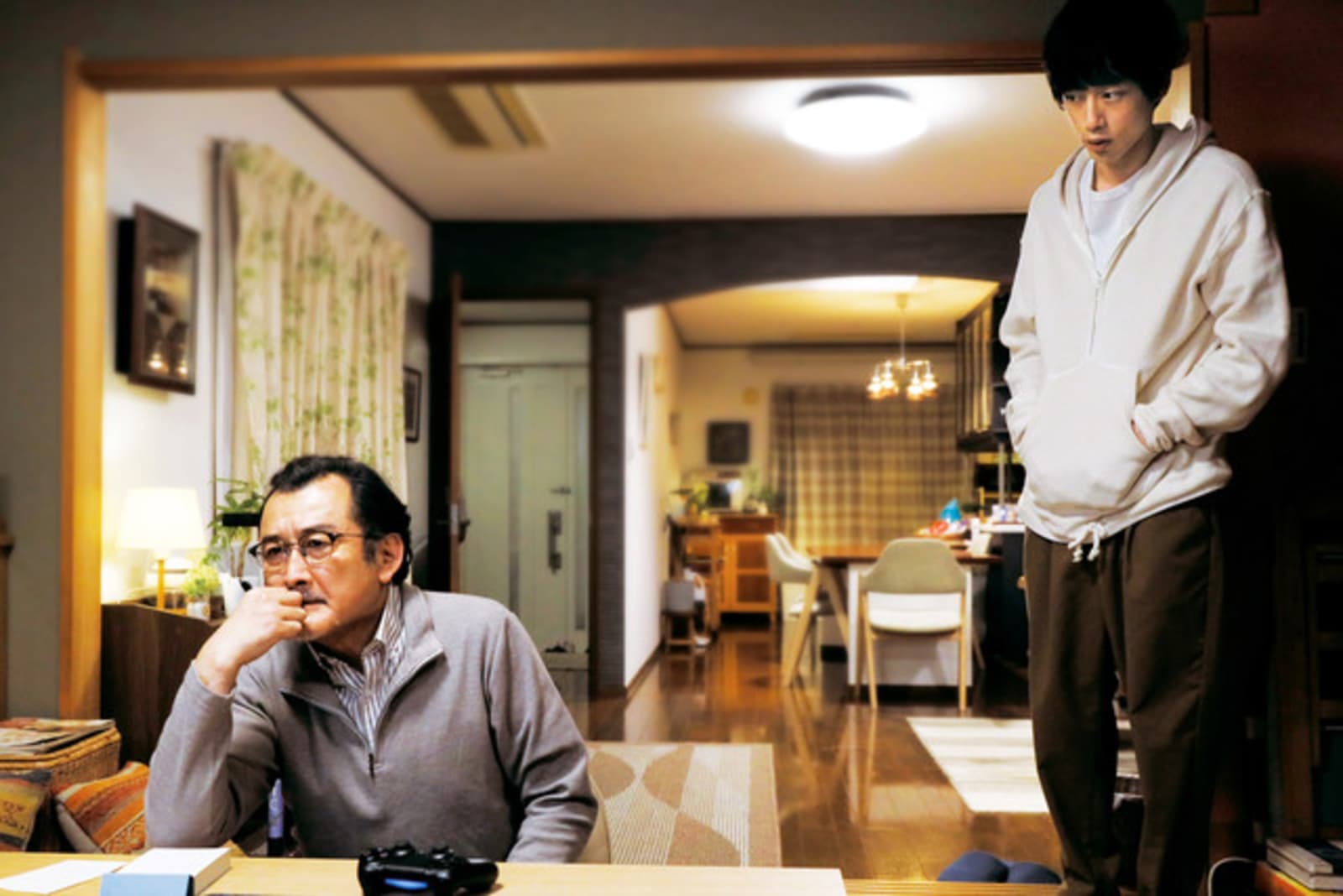 Regardless of the filmmaking, viewers have to connect with a movie, and the emotional core here is undeniably relatable. Brave Father Online is all about forging connections, online and offline. It might very well resonate with a broad audience, even those who don't have much gaming knowledge.

I'm sort of in that same boat. Though I've played games since I was a toddler, I never got into the Final Fantasy series. Nonetheless, I adored this movie. It tells a universal story that'll fill your soul with joy and probably make you want to call your nearest and dearest as soon as possible.

Granted, it's effectively a feature-length ad for a six-year-old MMO -- and there's some amusing meta subtext given Akio's advertising career and a message you should only sell things you love. However, Brave Father Online doesn't feel like product placement. It's a portrait of a family using games to connect with each other, something that could inspire other families to do the same.