After Pokemon Go put augmented reality on the radar of a mainstream audience, developers have intensified their efforts to find useful applications for it. Google, for example, added AR navigation to Maps, overlaying arrows on the world in front of you. Others have used it help you shop for furniture by virtually placing it in your living room or letting you test out makeup with a little software magic.

But those are conveniences, and not really essential services. Others like studio Within are trying to make AR more universally useful, by exploring ways of using it in education. It launched the Wonderscope app on iOS last November, as a way to get kids aged 6 to 8 to enjoy reading out loud. The company is about to add its fourth story called Clio's Cosmic Quest to its library, and the experience revolves around helping an animated particle of stardust stand up to (then learn to understand and befriend) a bully.

The three other stories in Wonderscope are based on known tales like Goldilocks and the Three Bears, Alice in Wonderland and Little Red Riding Hood. But Within's modern retellings of these stories tackle issues and topics that speak to today's kids. The Red Riding Hood story, for example, has a STEM twist, in which the user helps Red build a gardening drone.

Meanwhile, Clio's Cosmic Quest is an original story, but it uses new tech that, Within's director of development Jonny Ahdout says, allows developers to create fully immersive content. This involves using Apple's ARKit to craft characters, place them in a space that envelopes an entire room, not just a tabletop. It will also offer safeguards for borders so your kid doesn't go running into a wall (when the feature launches), which, perhaps counterintuitively, makes it safe for them to go exploring within a room.

That's important, too, as you might not be there with your child after handing your iPad off to them. Each story runs about 10 minutes, depending on how responsive the user is, so caretakers might not stick around for the whole experience. "Normally parents feel quite guilty about putting a device in front of their kids," Ahdout said. But he thinks of Wonderscope as a "screen positive experience." You can "hand Wonderscope to your kids and you'll see them moving around playing talking, not just sitting and tapping in a corner of the room," he added.

In each episode, the user meets the digital character, which appears in a virtual environment in front of you(r device's camera). As the story progresses, words appear on the bottom of the screen that you'll have to read out loud to advance. When you speak, the text on the screen is highlighted in green, and fades away when you're done. The characters will then react to what you say, even making eye contact with you. It's this combination of voice recognition and AR that makes for a more engaging experience, unlike a typical passive form of media consumption like watching yet another episode of Paw Patrol, for example.

Wonderscope's makers also began to notice the app had a unique effect on an audience that they didn't expect. Ahdout brought up one of the app's many reviews on the iOS store where a parent mentioned how Wonderscope helped them get their autistic son to read.

Ahdout recalled a similar thing happening when Within first started testing the app. They had invited children to try it out, and a girl's mother "freaked out when she learned it was a reading app." She was "quite nervous it wasn't going to work for her (daughter)," Ahdout said. But the girl started playing the Little Red episode, and as she read the words and the story progressed, Ahdout said the girl began to have fun and the pair walked out of the trial "so much happier." These were some of the earliest signals to Within that they had found a way to make kids feel great about reading.

"That was a nice surprise that happened after we launched, and we want to continue digging into that," Ahdout said. 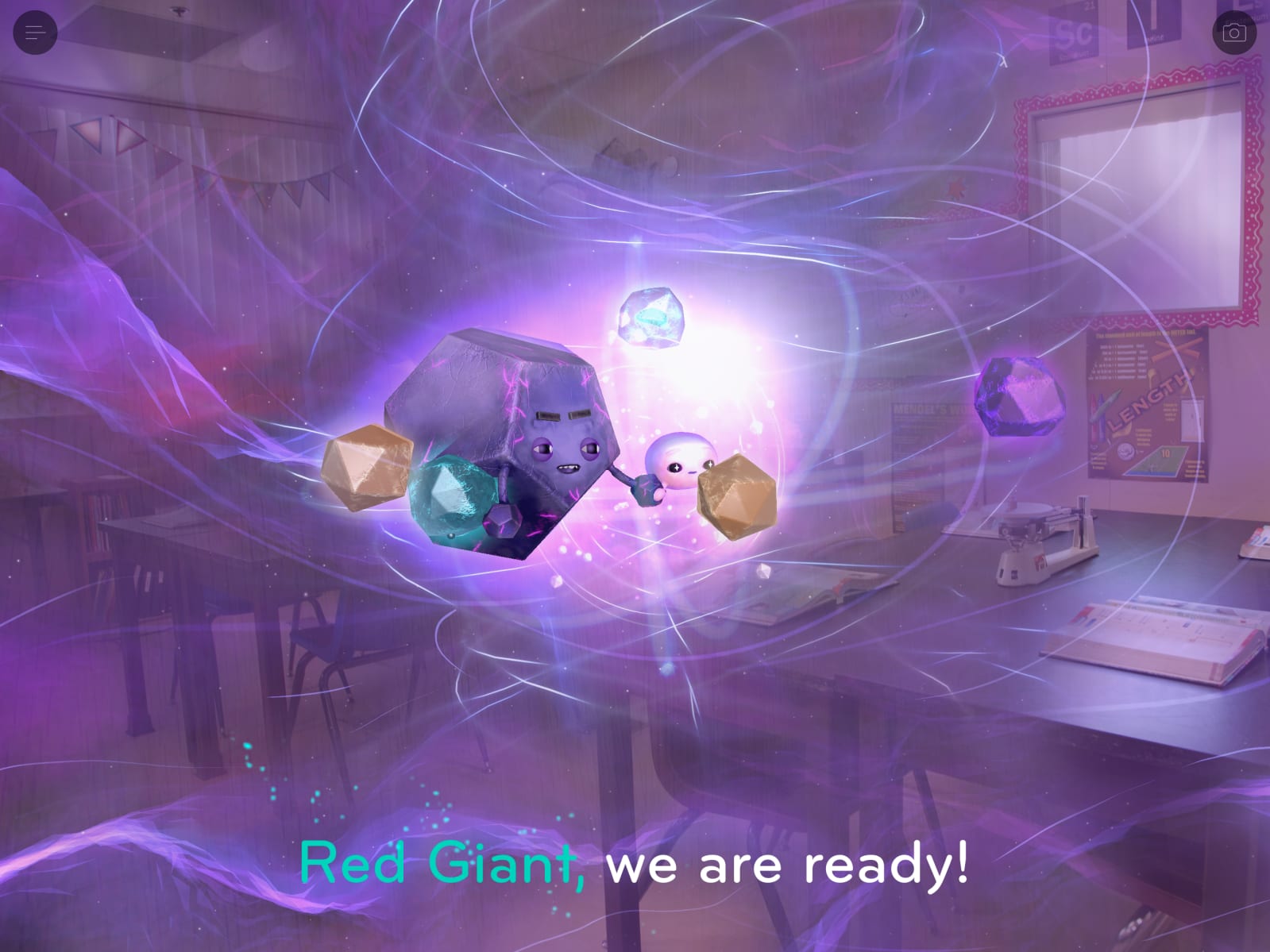 I tried out an early version of Clio before its launch today and was impressed at the quality of production, animation and storytelling. The sound and visual effects were crisp and engaging, thanks in part to the iPad Pro that Within was using for the demo. I did find the voice recognition system a little lenient, as it would highlight words even if I misspoke and move me on to the next part of the story. To be fair, though, it's for kids aged 6 to 8. Also, as Within co-founder and CEO Chris Milk told Engadget, the team didn't set out to focus on accuracy. "It's a totally different system than a Google (Assistant) or Siri, which is listening to someone speak and figuring out what you're saying out of entire corpus of human language," he said.

In Wonderscope, Milk said "We know what we want you to say and there's a word we're listening for." More importantly, this lenience means "we can allow for children's voices with a lisp or speech impediment."

The app is available for free on ARKit-compatible devices running iOS 11 or newer. You'll get an introductory story for free, but each other tale costs $4.99. Clio's Cosmic Quest (also $4.99) is available now. And if you have a child at home that's struggling to read, this might be a good way to instill confidence while teaching them valuable lessons about science, space and standing up to bullies.