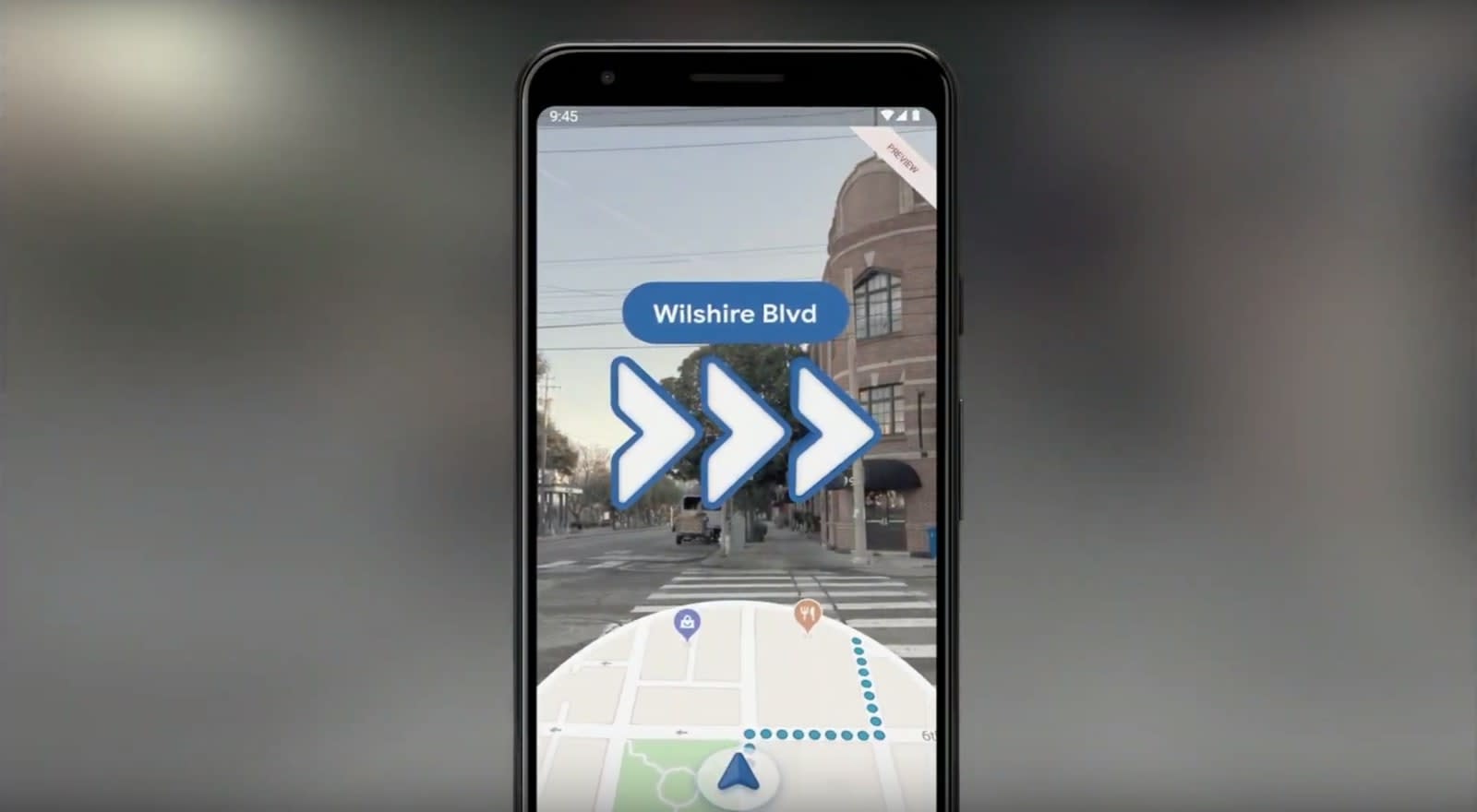 After first showing off augmented reality directions last year, Google is finally starting to roll out the feature for Google Maps. Starting today, Pixel device owners will be able to view walking directions in AR, with arrows appearing in real world environments to show them which direction to go. The company called the feature an "early preview" at Google I/O and didn't provide any details as to when it will arrive on other devices.

The AR feature operates similarly to standard Google Maps, using the device's GPS to pinpoint your location. However, instead of making you follow a tiny blue dot on a virtual version of the street, users will be able to see the street in front of you through the lens of the device's camera with AR arrows overlayed to show where to go. It also displays a distance countdown so users will know when a turn is coming -- a useful feature in areas where intersections are less than clearly labeled. The feature should make it easier to navigate streets, especially when visiting new and unfamiliar places.

Engadget tested the feature earlier this year when Google rolled it out for a small group of users and found that Google doesn't want users viewing the world through their phone for too long. While Maps will display directions in AR, the app will also prompt users to put down their phone if they are looking at it for too long, going so far as to dim the screen so people will pay attention to what is in front of them. The prompt is meant to improve safety so users don't bump into others walking down the street and to conserve battery and data.

In this article: AR, augmented reality, gear, google, google io, google maps, googleio, googleio2019, mobile, transportation
All products recommended by Engadget are selected by our editorial team, independent of our parent company. Some of our stories include affiliate links. If you buy something through one of these links, we may earn an affiliate commission.