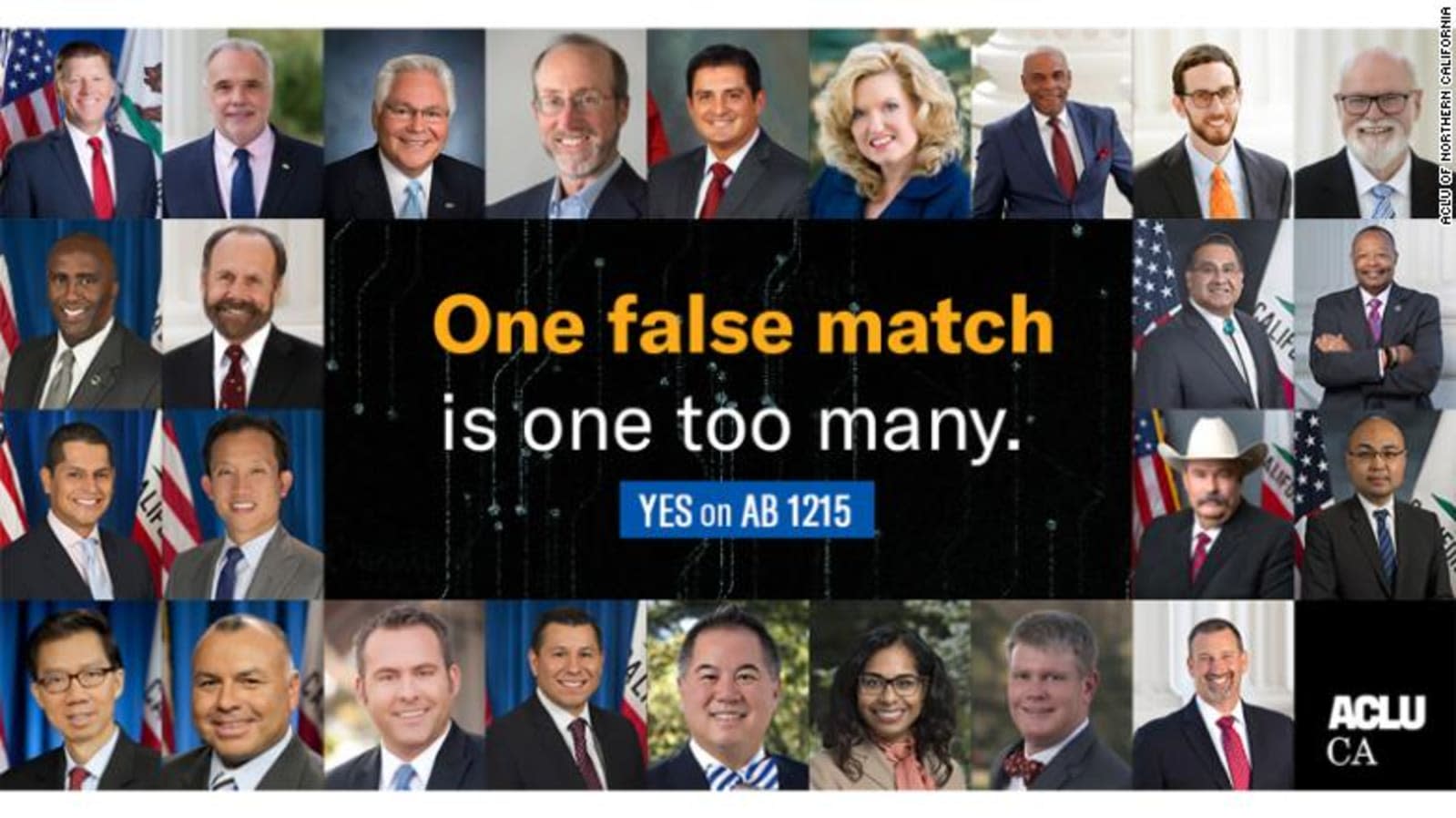 The ACLU, which wants to ban facial recognition technology in police body cameras, says that its own tests of the technology mistakenly flagged 26 California lawmakers as criminals. More than half of those falsely identified were people of color. The experiment follows a similar test conducted last year, where 28 members of Congress -- the majority also people of color -- were mistakenly identified as criminals.

At a press conference, San Francisco assembly member Phil Ting -- who was also falsely identified during the test -- said that the experiment "reinforces the fact that facial recognition software is not ready for prime time – let alone for use in body cameras worn by law enforcement."

Ting and the ACLU have co-sponsored AB 1215, also known as The Body Camera Accountability Act, which prohibits the use of facial recognition and biometric surveillance systems in police body cameras. If the bill is passed, California will become the largest state to ban the technology in body cameras -- New Hampshire and Oregon both banned it in 2017.

While some law enforcement agencies believe facial recognition technology in body cameras is a necessary policing tool, the ACLU maintains its use would be a "disaster for communities and their civil rights." According to Matt Cagle, technology and civil liberties attorney at ACLU, "The spread of facial recognition body cameras in California neighborhoods would be a massive public safety hazard." He added that, "Even if this technology was accurate, which it is not, face recognition-enabled body cameras would facilitate massive violations of Californians' civil rights."

AB 1215 was first introduced in February and approved by the California Assembly in May. According to the ACLU it is set to be voted on in the California Senate in the coming weeks.

In this article: AB 1215, ACLU, body cameras, cameras, civil rights, criminals, error, facial recognition, gear, Phil Ting, politics, security, tomorrow
All products recommended by Engadget are selected by our editorial team, independent of our parent company. Some of our stories include affiliate links. If you buy something through one of these links, we may earn an affiliate commission.