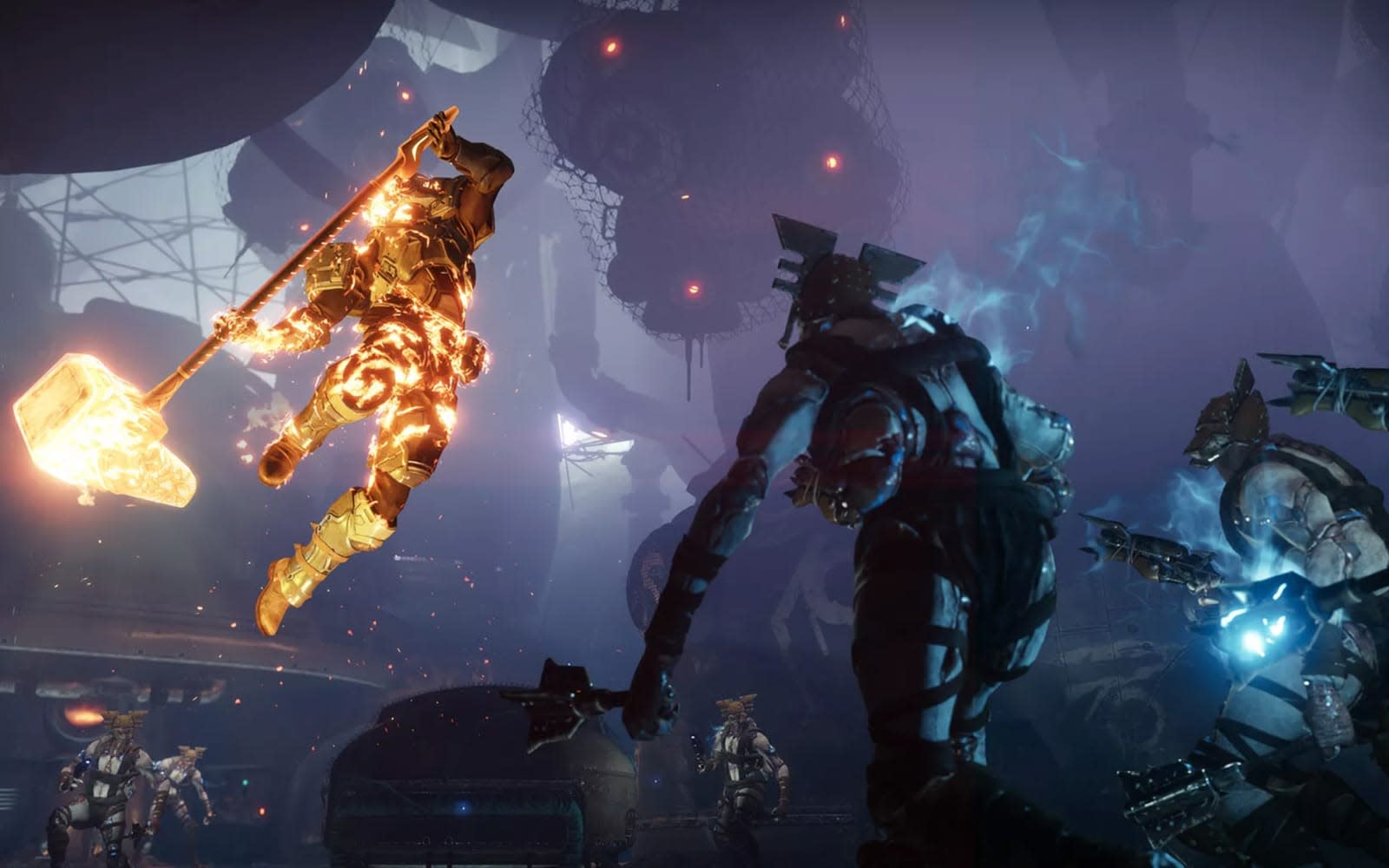 Destiny 2 developer Bungie is doubling down on microtransactions as a way to fund the continued development of its popular online shooter. In a recent blog post, Destiny franchise director Luke Smith detailed how microtransactions (or MTX) will play a more prominent part in the Destiny 2 experience.

Moving forward, players will continue to earn items like new weapons, armor and mods simply by playing Destiny 2. However, players will need to turn to Destiny 2's in-game Eververse store (where players purchase Destiny 2's Silver currency, which they can then trade for gear) to kit out their characters with custom emotes, shaders and other in-game cosmetics. Notably, Bungie plans to make ships, Sparrows and ornament skins, which account for some of Destiny 2's most sought after cosmetics, exclusive to the Eververse store.

The above change is likely to hit a sore spot for dedicated Destiny players. When Destiny 2 first launched in 2017, the game's community was dismayed to find how many of Destiny 2's coolest-looking cosmetic rewards became tied to microtransactions instead of gameplay progression like they had been in Destiny. That said, it was still possible to earn some cosmetics by playing the game, instead of using real-world money. Minus rare exceptions, says Smith, all cosmetics will now be tied to the Eververse store.

"I'm not going to say 'MTX funds the studio' or 'pays for projects like Shadowkeep [Destiny 2's upcoming expansion]...," writes Smith in defence of the studio's new policy. "But it does help fund ongoing development of Destiny 2, and it allows us to fund creative efforts we otherwise couldn't afford." Smith specifically mentions how one set of in-game cosmetics helped fund the development of Destiny 2's recent Zero Hour mission.

In another significant change, Bungie plans to make the Eververse store, accessible through the game's main menu. In the game's current iteration, Destiny 2 players must visit Tess Everis, a non-player character located in Destiny 2's two Earth hubs, to access the Eververse store. In this way, Destiny 2's microtransaction store is not something players can access simply by pausing their game. That's set to change.

More than any of the other changes Smith detailed in his latest blog post, the way in which Bungie plans to make the Eververse more accessible speaks to the studio's recently-changed financial situation. In January, Bungie split with longtime Destiny publisher Activision. While the move gave Bungie complete creative control of its sci-fi franchise, it also meant that it lost access to Activision's massive war chest.

Bungie will implement the new Eververse changes on October 1st, the same day the Destiny 2: Shadowkeep will launch on PlayStation 4, Xbox One, PC and Google Stadia.

In this article: activision, bungie, destiny, destiny 2, gaming, microtransactions, services
All products recommended by Engadget are selected by our editorial team, independent of our parent company. Some of our stories include affiliate links. If you buy something through one of these links, we may earn an affiliate commission.