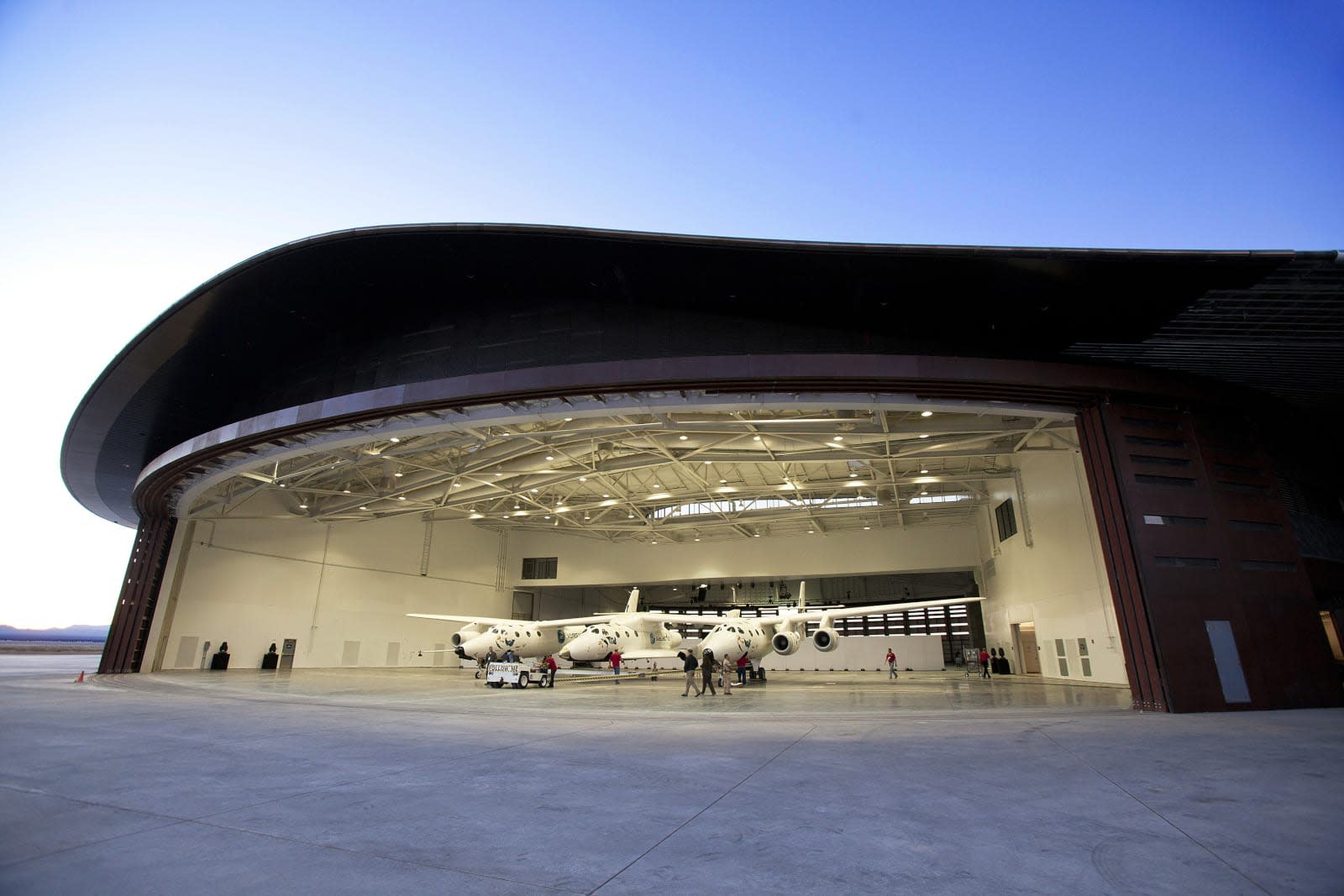 Virgin Galactic has officially opened Spaceport America's "Gateway to Space" building few months after it started moving its staff and spacecraft to the New Mexico facility. In addition, the VMS Eve has arrived at the spaceport this week, which Chief Pilot Dave Mackay says brings "Virgin Galactic closer to starting commercial service." VMS Eve is the aerospace company's launch vehicle, in charge of carrying its spacecraft to the skies before dropping it mid-air.

"The team has been busy getting Spaceport America ready for commercial service, installing the ground infrastructure and then conducting ground tests of all the systems to ensure they are flight-ready. The arrival of VMS Eve in New Mexico signifies the start of the next important phase -- mothership operations prior to SpaceShipTwo's own flight operations."

Richard Branson's company is giving us a glimpse of the new building's recently finished interior, particularly the two floors meant for spaceflight operations. Virgin Galactic says the completion of that interior work means the facility is "now operationally functional."

The Earth-themed first floor, with its elevated and interactive digital walkway, will serve as the point of departure and return for spacecraft launching from the port. Meanwhile, the sky-themed second floor has a dedicated space for mission control, as well as a briefing room. Of course, the port has a hangar that will house all the spacecraft owned by Virgin Galactic and its tenants.

The company will use VMS Eve to fly simulated spaceship launch missions from the spaceport in the coming days. Later this year, it'll go back to Mojave to pick up Virgin's VSS Unity suborbital vehicle, so their flight tests can be conducted from New Mexico where commercial flights will take place.

In this article: space, spaceport america, tomorrow, virgin galactic
All products recommended by Engadget are selected by our editorial team, independent of our parent company. Some of our stories include affiliate links. If you buy something through one of these links, we may earn an affiliate commission.