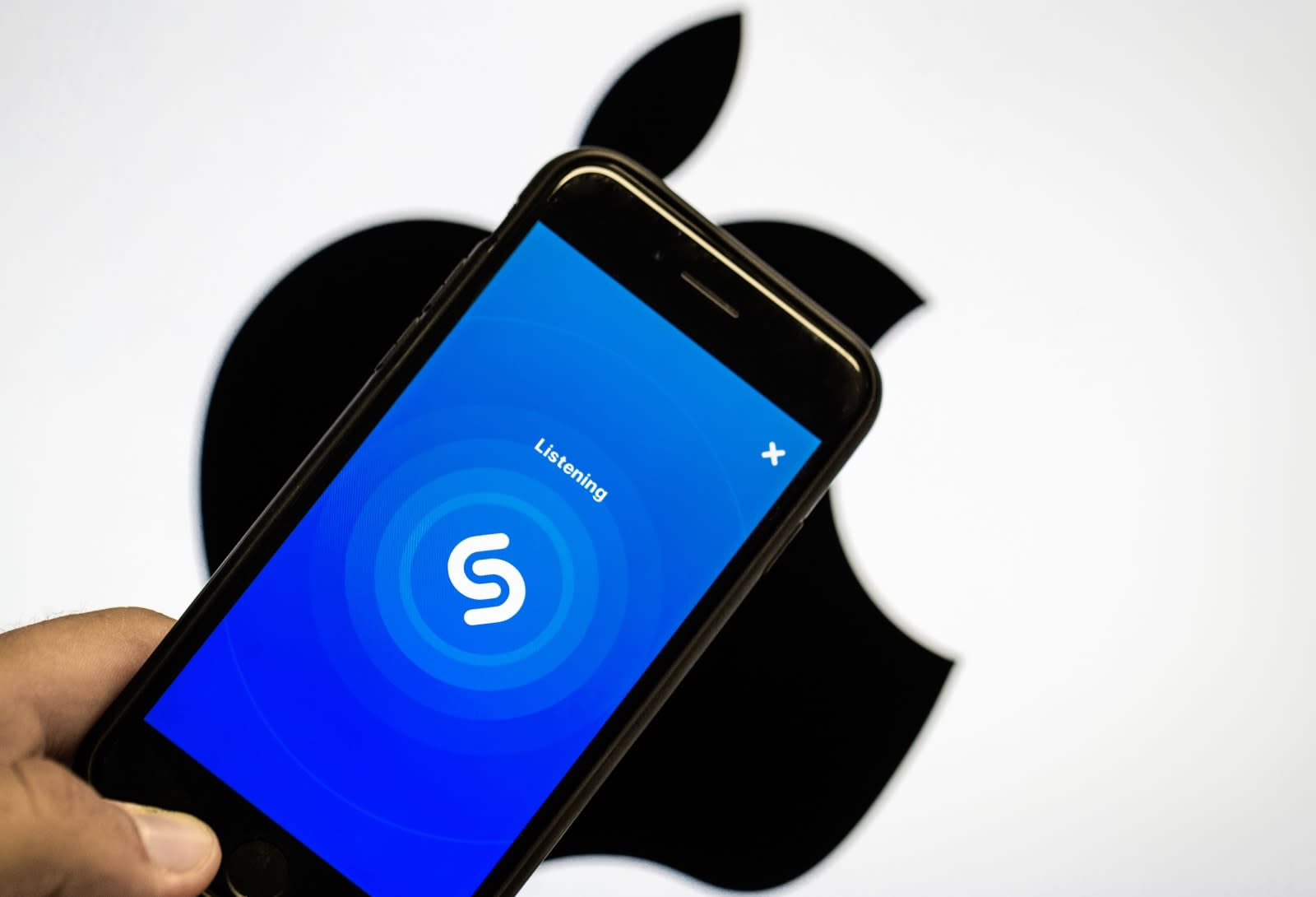 Until now, Apple hasn't visibly integrated Shazam much into its other services since buying the music discovery service last year. As of today, though, a Shazam-powered chart highlighting new artists will be available to stream on Apple Music.

The Shazam Discovery Top 50 will showcase emerging artists in a weekly list spanning the globe. It'll be updated every Tuesday and the first edition highlights Ohana Bam, A$ton Wyld, Tones and I and Regard near the top. It tracks trending songs in the US and more than 10 other nations. Acts from other countries will be featured in the list in the near future.

"The ranked songs are all at different points in their individual lifecycle and the majority of artists represented are emerging and up-and-coming," Apple told Variety. "All are experiencing a level of momentum indicative of future potential of hitting the top of Shazam's charts, and show any or all of the following patterns: moving quickly through Shazam's charts, growing rapidly, steadily and/or geographically."

The company said it's tapping into "Shazam's proprietary algorithms [to offer] a unique predictive view on rising artists and reacting tracks to Apple Music subscribers." People use Shazam more than 20 million times every day to identify songs, while the app's been downloaded more than a billion times. So, there should be plenty of data for Apple to work with.

Playlists are a critical component of music discovery these days. It seems Apple may be trying to stand out from Spotify, which has its own massively popular Discover Weekly playlist, though it seems the Shazam Discovery Top 50 won't be personalized. Still, using Shazam data to offer some more unique playlists and charts could help Apple pull in more subscribers as it places an increasing focus on services. After all, who doesn't want to learn about an amazing new singer or band before the rest of their friends?

In this article: apple, apple music, applemusic, av, discovery, entertainment, music, playlist, shazam
All products recommended by Engadget are selected by our editorial team, independent of our parent company. Some of our stories include affiliate links. If you buy something through one of these links, we may earn an affiliate commission.