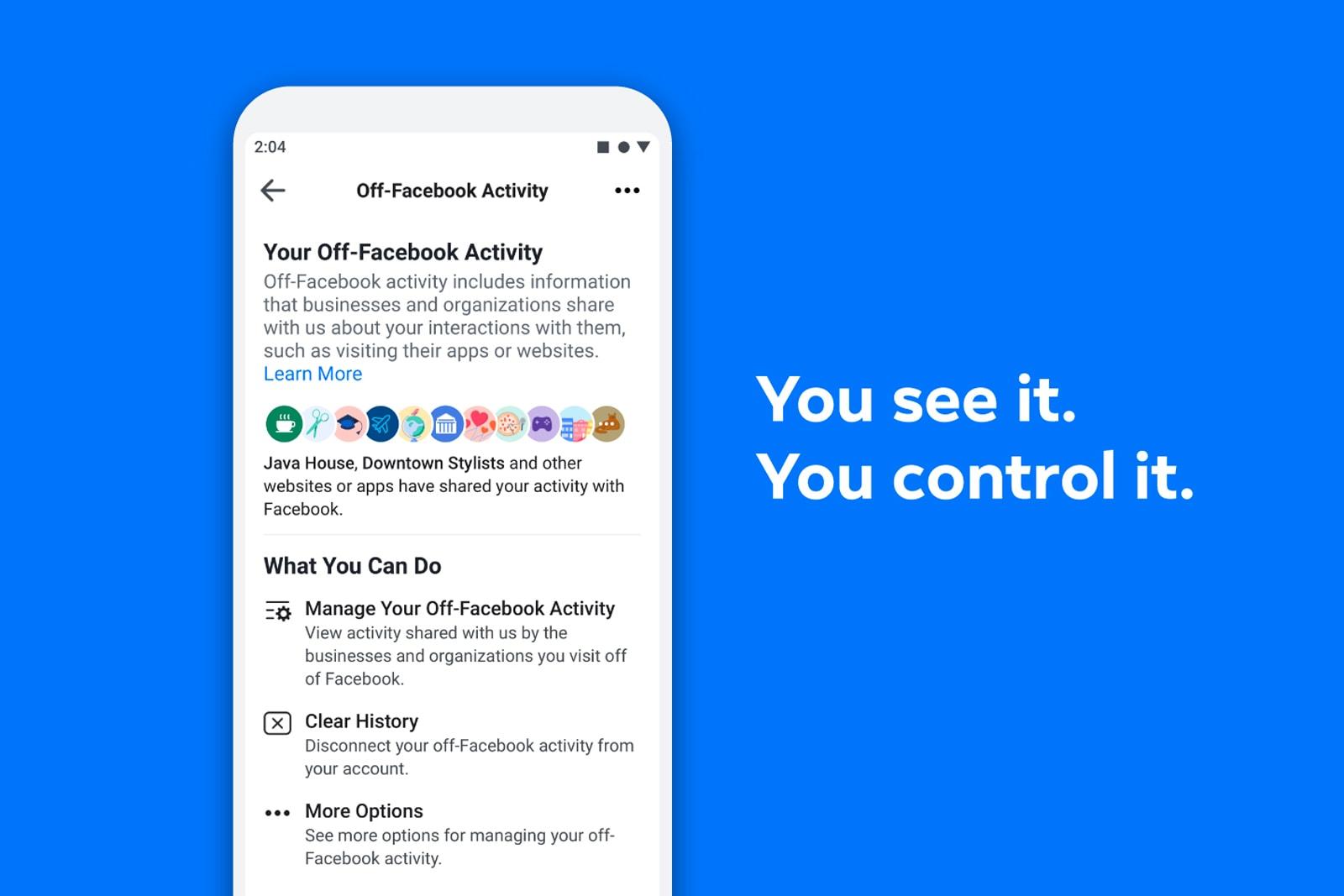 Facebook has been particularly busy improving its approach to data, and that now includes how it handles data coming from elsewhere. The company has introduced an Off-Facebook Activity tool that helps you manage the data apps and sites send to the site. You can see just who's sending data to Facebook and disconnect both current and future info from your account. If you don't like that your shopping habits in an app lead to endless targeted ads, these controls could depersonalize your ads in a heartbeat.

The internet giant believes this tool "could have some impact" on its ad business, but felt that it was "more important" to provide control over data.

You'll likely have to wait a while longer to use this tool yourself. It's only rolling out to Ireland, South Korea and Spain, and other regions will see it in the "coming months" as Facebook gauges its reliability.

As with some Facebook decisions, there are strong technical and legal incentives behind this privacy upgrade. Facebook has been accused of giving device and service partners too much access, and a code flaw allowed continued data access months after the company officially wound down its data integrations. This might mitigate future concerns by putting more power in the user's court -- you don't have to wait for Facebook to take action before cutting off a rogue app. And when Facebook is already paying for past privacy failures, it likely doesn't want to risk future penalties due to inaction.

In this article: apps, data, facebook, gear, privacy, social network, social networking, web
All products recommended by Engadget are selected by our editorial team, independent of our parent company. Some of our stories include affiliate links. If you buy something through one of these links, we may earn an affiliate commission.