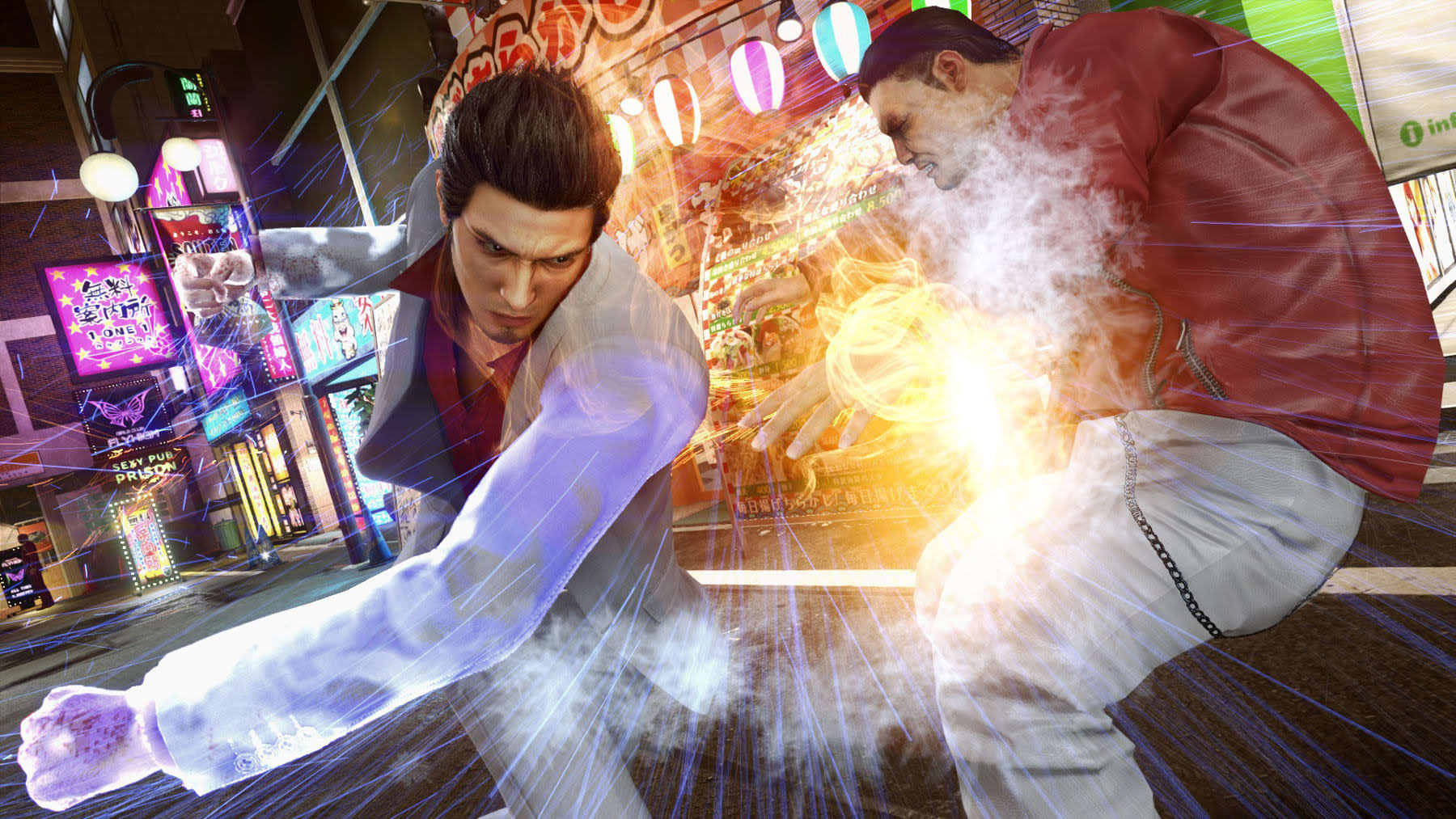 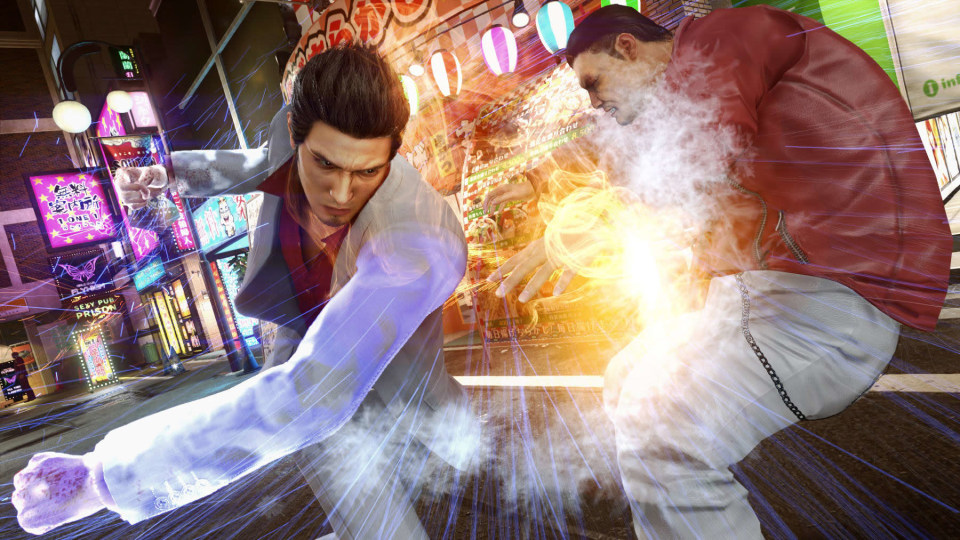 Ryu Ga Gotoku (RGG) Studio is in a fantastic position. The Sega-owned developer has just released Judgment, a well-received detective game starring Japanese actor and singer Takuya Kimura as the lead. Now, the team is turning its attention back to Yakuza, a long-running series about Kazama Kiryu and his complex, often violent entanglements with Japan's criminal underbelly.

At Gamescom 2019, Sega announced that three remastered Yakuza games — originally numbered 3, 4 and 5 — will be released in the West as The Yakuza Remastered Collection. The first instalment, Yakuza 3, is available right now if you buy the $60 bundle. Yakuza 4 will follow in October and Yakuza 5 will round out the set next February. If you haven't been following the Yakuza franchise, you might be wondering why RGG Studio is remastering three titles from PlayStation 3 era in quick succession.

But make no mistake: these updated versions are important.

There's a subset of Yakuza fans who have played every release on its original hardware. They discovered the series early on and have been championing its mix of serious, hardboiled drama and comically strange side-stories ever since. There's another group, though — based primarily in the West — who started with the outstanding PS4 prequel Yakuza 0 in early 2017. The game's place in the larger story meant it was the perfect starting point for those who had heard about, but never played, a Yakuza adventure.

Many of these people, understandably, then wanted to catch up and play the rest of the series without booting up a PS2 or PS3. RGG Studio seemed to anticipate this and launched Yakuza Kiwami, a remake of the original Yakuza, in the West later that year. But here's where things get messy: the company had already developed and released Yakuza 6: The Song of Life for longtime fans in Japan. The game, which wrapped up Kiryu's saga, was brought to the West in spring 2018.

Older fans dove into the title, while those who had started with Yakuza 0 were left with a conundrum: Play Yakuza 6 which, despite offering a story recap, probably wouldn't have the intended emotional impact? Or wait for further remasters that would, eventually, offer a narrative bridge? It's impossible to say exactly how many people chose to wait. But those players exist, and it must have had an impact on Yakuza 6 sales in the West. 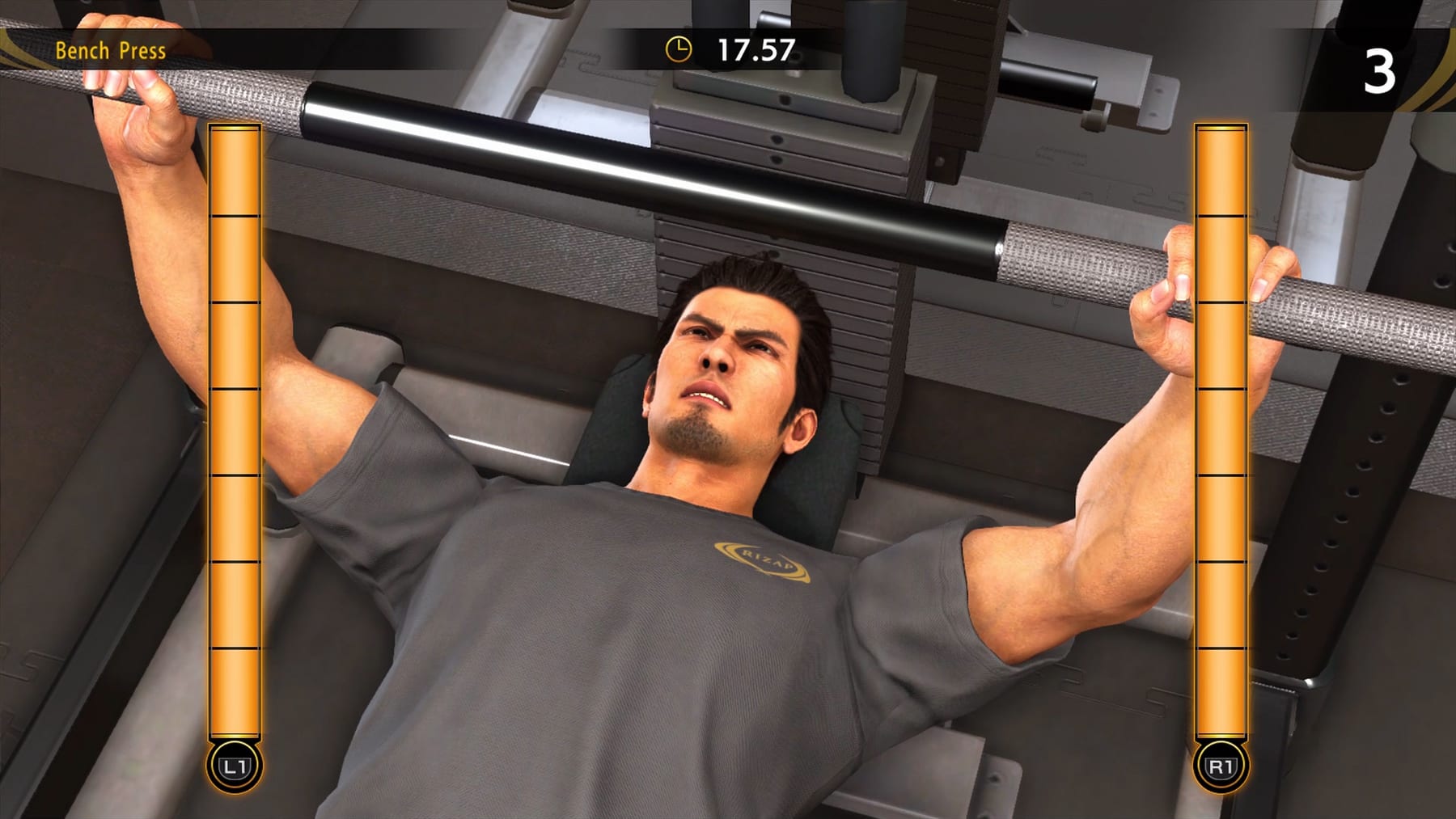 A remake of Yakuza 2, aptly named Yakuza Kiwami 2, was released in the States four months later. The crowd that had started with Yakuza 0 were closer to 'current day' Yakuza, but still lagged behind older fans.

RGG Studio is therefore, trying to juggle three distinct groups: a community in Japan that typically gets its releases before everyone else, the fans elsewhere who have finished everything up to Yakuza 6, and the relative newcomers who still have four mainline games to play.

The company has had to grow and change, unsurprisingly, to handle multiple projects and release dates. "Yeah, [if you] consider the last 10 years, from Yakuza 3 to now, of course the whole society of RGG Studio got bigger and more efficient so that [we're] able to handle several projects at the same time," Daisuke Sato, producer at RGG Studio said.

The Yakuza Remastered Collection should, at long last, bring the entire community together. "The majority of the fanbase is now fans that started out at Yakuza 0 on PS4," Sato said, "and being able to finally close the gap between Kiwami one, two, and (Yakuza) 6 on the PlayStation 4 for these new fans that came on during the PS4 generation, is a big relief." 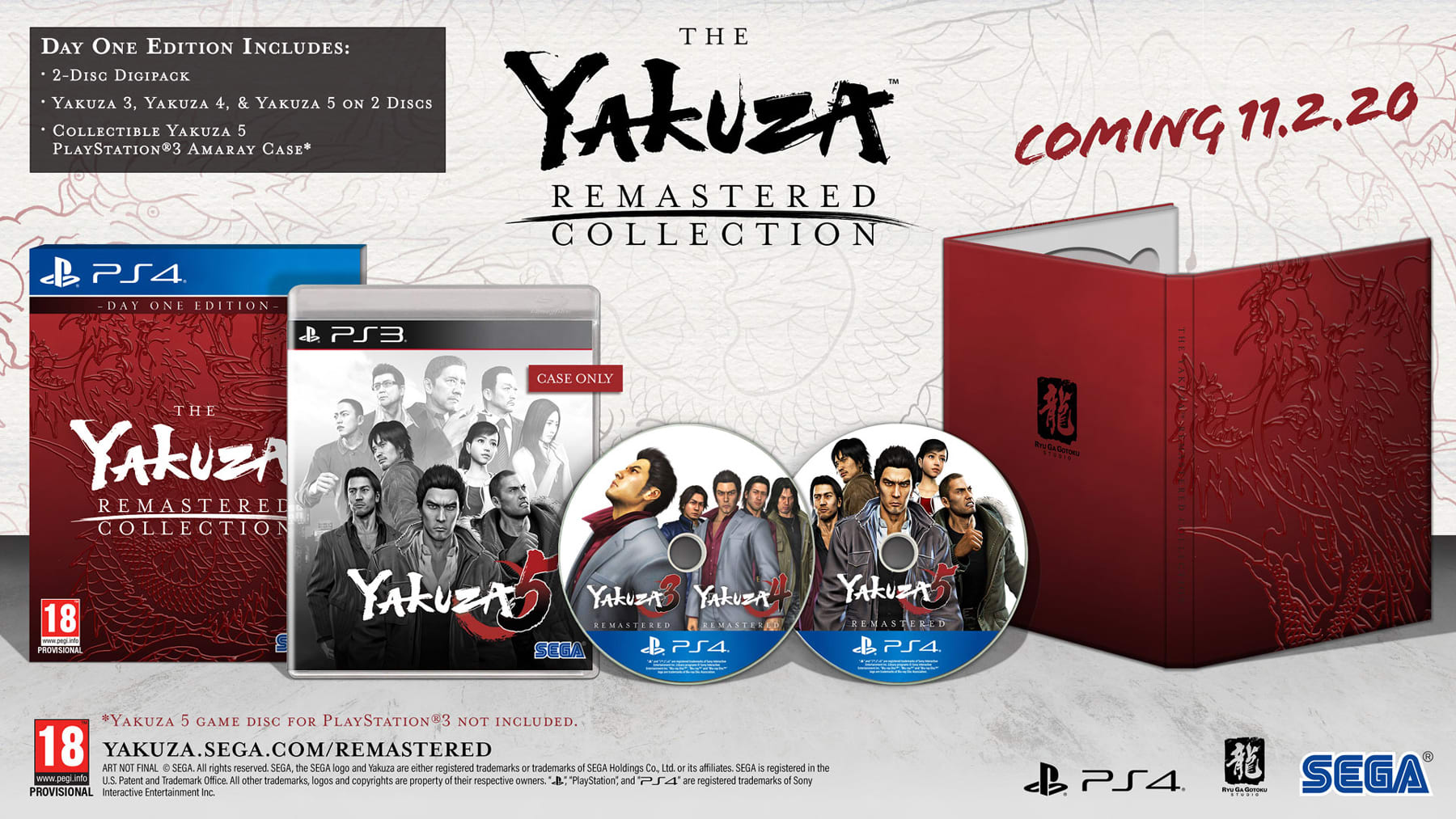 There will be a physical version of The Yakuza Remastered Collection, too.

Unsurprisingly, RGG Studio is working on a new, currently unnamed Yakuza title (for the sake of this article, let's call it Yakuza 7) to take advantage of this convergence. We know little about the title other than its protagonist is a wild-looking ruffian called Ichiban Kasuga who first appeared in the card game spin-off Ryū ga Gotoku Online.

Sato wants to reassure fans that Kasuga will be just as "cool" as his predecessor. At Gamescom, the producer's interpreter said: "There might be some fans who are worried the new character might not be cool, might not be attractive, or might not be that interesting. [Sato] wants to reassure [fans] that they're on a good track to create a new, very interesting and very lovable character. He wants the fans to trust them that he will create something cool for them."

According to Sato, the character swap is something that the studio has been considering since the original game. "When we started out with Yakuza one, we were talking about, 'Yeah, it would be cool if we could use Kiryu through Yakuza 2 and 3, but then we'll probably have to change it,'" Sato said. "And then Kiryu became a more and more...let's say attractive and interesting character, so while in four we added [some] other main characters and, [with] five, even more main characters, at the end of the day the story of Kiryu lasted longer than just three Yakuza titles. It lasted six Yakuza titles."

Further Yakuza 7 details will be shared at a press conference in Tokyo next week. It's a pivotal moment for the developer. The new character should make Yakuza 7 another jumping-on point for newcomers. Sato describes Kasuga, and the larger game, as a blank piece of paper. "There's a lot of pressure, of course," he said. "And there's a lot of hard work you have to do when you're starting anew, but it's also an opportunity to think about new backstories, new possibilities, new mechanics when you're creating something from scratch that no Yakuza fan knows anything about."

By the time it comes out, every fan — including those who started with Yakuza 0 — should have had enough time to play through the upcoming remasters and Kiryu's heartfelt send-off in Yakuza 6: The Song of Life.

It's taken a while, but RGG Studio has finally built the large, global fanbase that the Yakuza franchise has arguably always deserved. Yakuza 0 and the various Yakuza remasters were a messy but necessary step to grow player interest abroad. And now, with Yakuza 7, the developer is perfectly poised to take advantage of that hard work. The game should have an immediate audience that outstrips anything RGG Studio has released before. It's the kind of long-term pay-off that a Kamurocho crime lord would be proud of.

In this article: art, gamescom2019, gaming, rgg studio, ryu ga gotoku studio, yakuza, yakuza 3, yakuza 4, yakuza 5, yakuza 7
All products recommended by Engadget are selected by our editorial team, independent of our parent company. Some of our stories include affiliate links. If you buy something through one of these links, we may earn an affiliate commission.