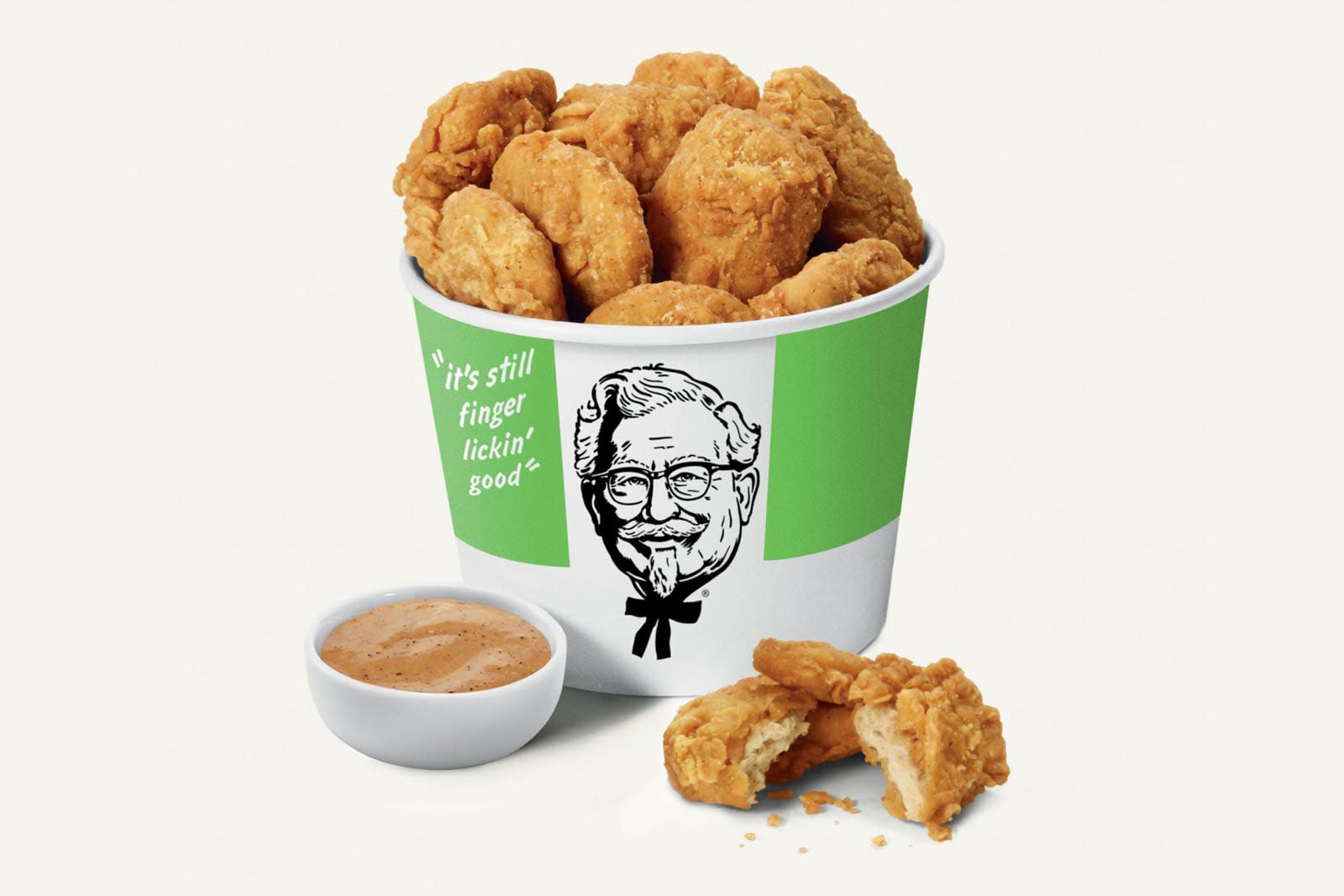 Plant-based meat substitutes may soon be an option for fast food chicken. CNBC reports that KFC will start testing Beyond Fried Chicken at an Atlanta restaurant on August 27th. Yes, you could grab a bucket of chicken without feeling quite so guilty -- or greasy, if Beyond Meat's earlier work is any indication. Whether or not availability grows will depend on feedback, but other restaurant chains (such as Del Taco) have seen upticks in demand since adding meat substitutes.

KFC had acknowledged talking to suppliers months ago to investigate meatless chicken, but didn't have any definitive plans until now.

This could mark a triumphant return for Beyond Meat's chicken efforts. It pulled its meatless chicken from grocery stores earlier in 2019 after deciding it didn't meet the company's standards. Clearly, it's ready to jump back into the fray. That could be particularly important as rivals like Impossible Foods expand into other forms of meat replacements. If Beyond doesn't make headway in a given food category, others will be happy to take its place.

It's Kentucky Fried Chicken but it's made with @BeyondMeat. It's confusing, but it's also delicious. Feast on these Kentucky Fried miracles tomorrow while they last at KFC in Atlanta, Georgia. pic.twitter.com/lC5oYM1cmk

In this article: atlanta, beyond meat, chicken, food, food and drink, food-and-drink, foodanddrink, gear, kentucky fried chicken, kfc, restaurant, vegan, vegetarian
All products recommended by Engadget are selected by our editorial team, independent of our parent company. Some of our stories include affiliate links. If you buy something through one of these links, we may earn an affiliate commission.