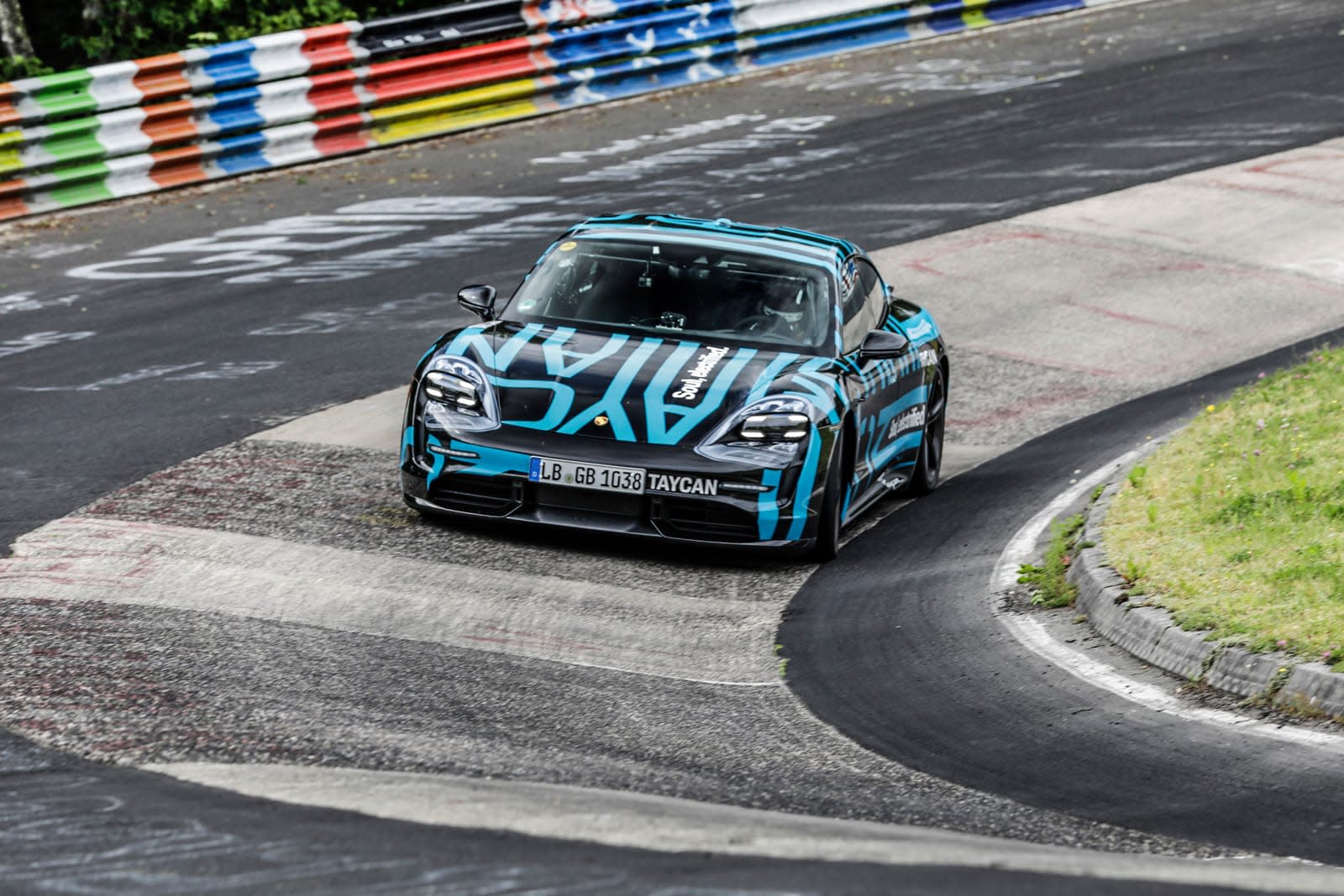 Porsche really, really wants to convince you that the Taycan will outperform Tesla's cars in the right circumstances. The automaker reported that its pre-production EV set a (rather specific) lap record for four-door, all-electric cars on the Nürburgring-Nordschleife, completing its 12.8-mile run of the legendary circuit in seven minutes and 42 seconds. It unsurprisingly credits not just the top speed and acceleration of the car, but also the longevity of its electric powertrain. Unlike some EVs, the Taycan has both an 800-volt system (instead of the usual 400V) and a cooling system that can sustain performance for long periods.

There's no mystery as to why Porsche has been focusing on tests like this ahead of the Taycan's official debut in September. When the Taycan will likely compete directly with the Tesla Model S, an electric sedan legendary for its breakneck acceleration, Porsche has to show that its sports car pedigree is being put to good use. Strictly speaking, Porsche is the underdog here -- if the Taycan doesn't impress people quickly, it could face an uphill battle for market share.

In this article: electric car, electric vehicle, ev, gear, green, nurburgring, porsche, taycan, transportation, video
All products recommended by Engadget are selected by our editorial team, independent of our parent company. Some of our stories include affiliate links. If you buy something through one of these links, we may earn an affiliate commission.