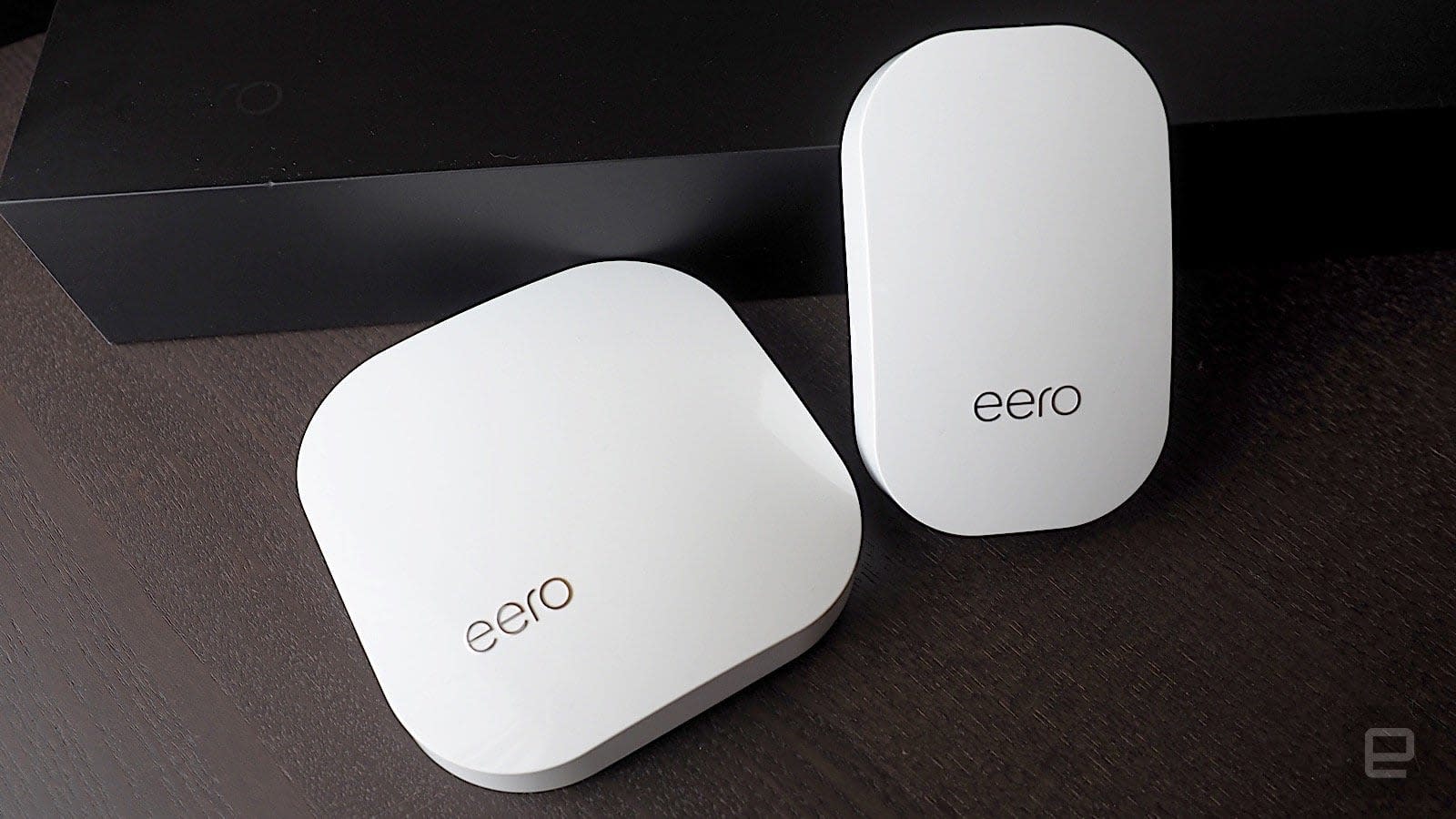 Amazon-owned Eero is introducing two new subscription plans in the US to complement its popular mesh WiFi routers. The first, Eero Secure, replaces the company's previous Eero Plus add-on. It features added parental controls and promises to protect you while browsing with a warning when you're about to navigate to a website that is known for phishing or installing malware. Eero Secure costs $2.99 per month or $29.99 annually.

The second, Eero Secure+, features all of the perks included with Eero Secure, as well as added subscriptions to VPN service Encrypt.me, antivirus software Malwarebytes and password manager 1Password. We've reached out to Amazon to confirm whether the included subscriptions are personal or family plans. If the former is the case, separate subscriptions to those services cost $99.99, $39.99 and $35.88 annually. As such, you're saving approximately $76 per year if you decide to use Secure+ as a way to bundle. Eero Secure+ costs $9.99 per month or $99.99 per year.

When Amazon announced it was acquiring Eero earlier this year, some of the startup's customers were worried Amazon would compromise their privacy in its quest to monetize the company's products better. However, shortly after Amazon completed the deal, Eero published a blog post in which it said it would not change its policy of not tracking customers' internet activity. For the time being at least, it looks like Amazon has found a way to make Eero profitable while keeping current customers happy.

Update 8/27 7:08PM ET: Amazon has informed Engadget that all three of the subscriptions included in Eero Secure+ are the respective family plans from each service. Separately, family subscriptions to Encrypt.me, Malwarebytes and 1Password cost $149.99, $59.99 and 59.88 respectively per year.

In this article: 1password, amazon, eero, gadgetry, gadgets, gear, internet, malwarebytes, mesh wifi, router, services
All products recommended by Engadget are selected by our editorial team, independent of our parent company. Some of our stories include affiliate links. If you buy something through one of these links, we may earn an affiliate commission.