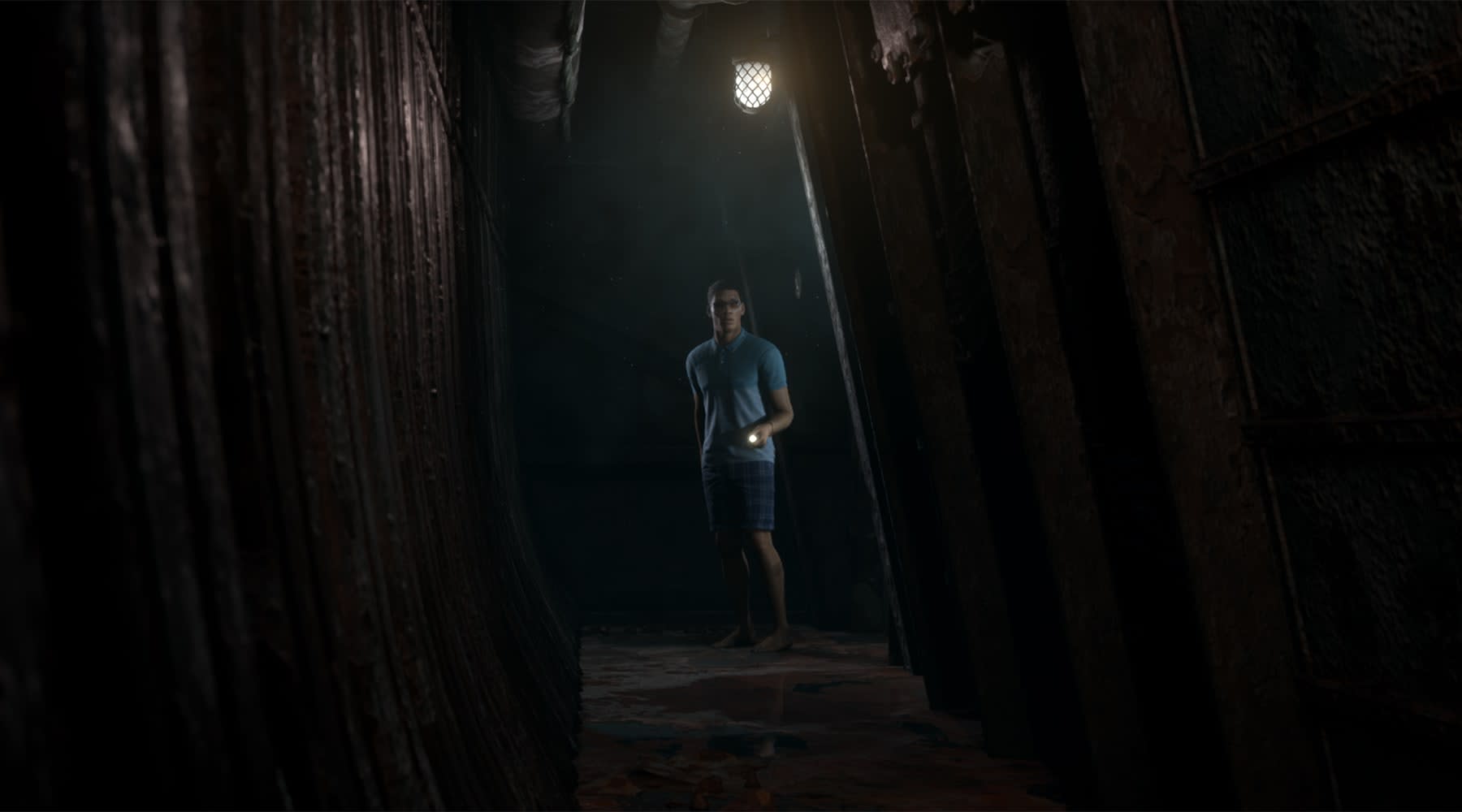 'The Dark Pictures Anthology' is off to a rocky start.

Like so many others, I was smitten with Until Dawn in 2015. The PS4 exclusive was like a playable version of every dumb horror movie released in the '90s and early 2000s, combining 'slasher' scares with dialogue choices and quick time events (QTEs) that anyone, regardless of their experience with video games, could enjoy. Best of all, it could be played alone or with a group of friends playing 'pass the pad' whenever the perspective shifted to a different character.

Four years later, Supermassive is releasing a spiritual successor called Man of Medan. The game follows Rush of Blood and The Inpatient, two VR spin-off titles set in the Until Dawn universe, and Hidden Agenda, which swapped classic horror for rain-soaked detective work. Man of Medan is the first instalment of a proposed series called The Dark Pictures Anthology, which is being released on multiple platforms and published by Bandai Namco, rather than long-time partner Sony.

Earlier this week, I booted up the game with lowered expectations. I knew that Man of Medan was shorter and, most likely, made with a smaller budget than Until Dawn. Still, I was underwhelmed. The developer has added some intriguing multiplayer modes, but these aren't enough to mask some stodgy controls, a so-so plot and far too frequent technical issues. The direct-your-own-movie formula remains intact, but every part of the experience feels like a degradation from the still impeccable Until Dawn.

Man of Medan's premise is interesting enough. The story starts in World War II with two naval soldiers drinking on the mainland. After some brief fortune telling and boxing practice, they wander back to their ship -- which is now carrying some mysterious cargo -- and watch everything go horrifyingly sideways at sea. The onboard terrors trigger a narrative jump to modern day. You assume control of five youngsters who are setting off on a diving expedition. Like Until Dawn, the characters fit general stereotypes — the shy nerd, the stern captain, and so forth — and are often unlikable. Of course, that's a nod to classic horror movies and a bonus if you're playing the game with the intention of killing everybody.

The crew members do develop over the course of the game, however. The decisions you make will alter their relationships and, crucially, a handful of personality traits that affect subsequent cutscenes and dialogue options. In my game, for instance, the timid Brad grew in confidence and, through some truly heroic actions late in the story, earned the respect of his peers. The aggressive and easily-irritated Alex, meanwhile, learned to chill out and support his shy brother.

The writing, for the most part, complements its horror movie inspirations. Some scenes are wonderfully tense and serious, while others teeter between comical and cringeworthy. It's a mixed bag but generally matches the standard of Until Dawn.

The actual plot is a fine, but poorly-paced affair.

Every character's actions feel appropriately self-preservationist and aligned with their established personalities. Thankfully, there were only a few occasions when, through restrictive choices or a non-interactive cutscene, the group made a truly bone-headed decision that made me groan or feel utterly powerless. (You're splitting up again?!) I was, however, a little surprised by how calm many of the characters were through some of the game's more terrifying situations. They all buckled down and pushed through the horrors when, in reality, most people would be screaming.

The actual plot is a fine, but poorly-paced affair. The first major act, which focuses on the friends and their decision to check out an underwater plane wreckage, drags. The tension mounts once they're on board the titular Ourang Medan freighter. But the game punctuates its many gloomy corridors with jump scares that, while startling at first, quickly wear thin. Supermassive makes a few attempts at psychological horror but they're fleeting and ultimately forgettable. 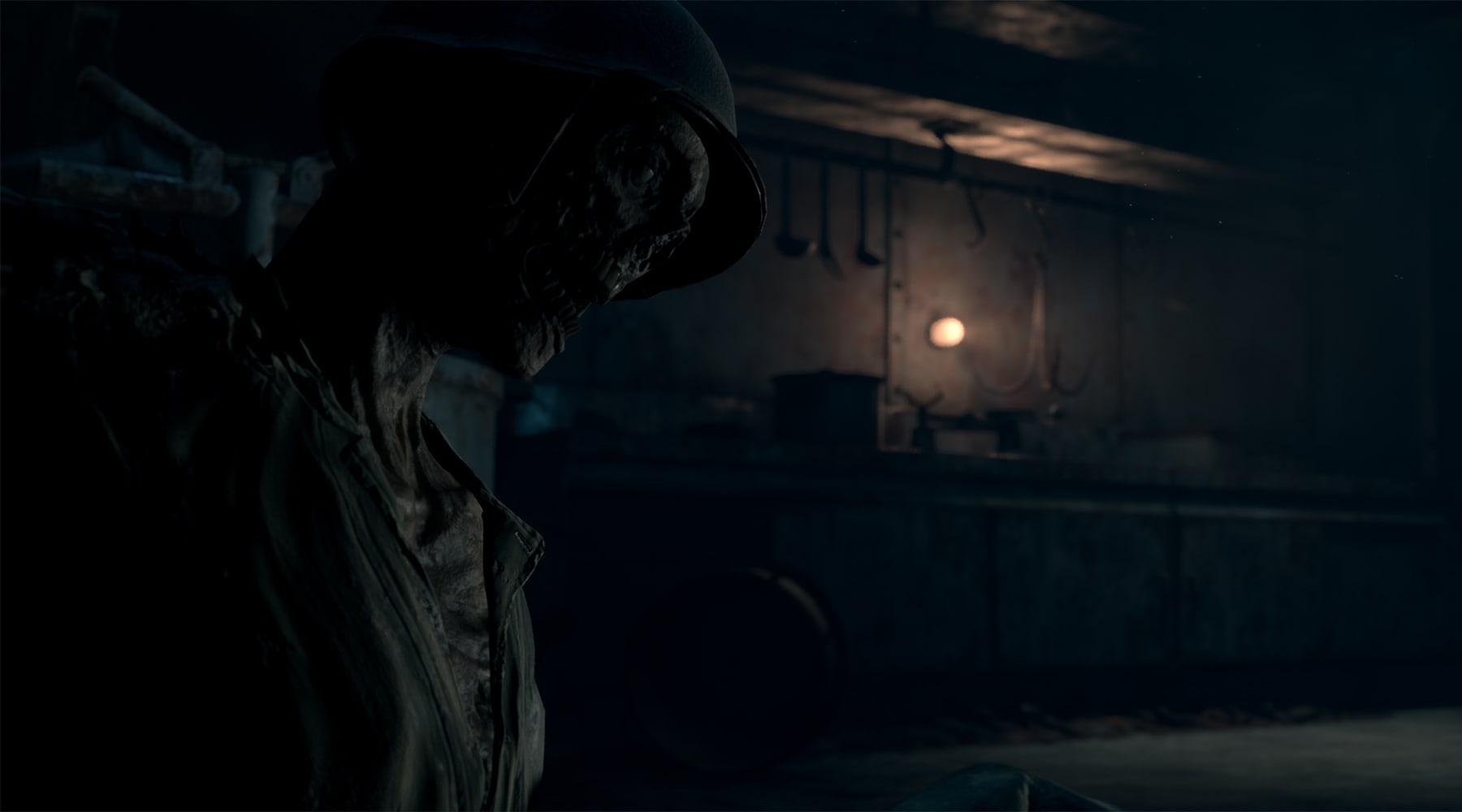 I correctly guessed the game's big twist roughly two-thirds of the way through. That, in itself, is fine. I was surprised, though, at how clearly the game then explained its central mystery and the truth behind its scares. For me, the conclusion was a little too neat. A little too straightforward. I didn't have any lingering questions to research online or debate with friends. There was nothing that made me want to re-read the many collectible documents I had picked up throughout the ship, either. Instead, I simply put down the controller and said, "Well, I guess that's that."

These disappointments are partly offset by the game's new multiplayer modes. Movie Night formalizes how many people played Until Dawn, assigning everyone a character (or multiple characters, if you have less than five people over) and then prompting them to pick up the controller when it's their turn to play.

Shared Story, meanwhile, is an online mode that lets two people play through the story simultaneously. Sometimes, this means talking and exploring locales together. The game often splits up the cast, though, which forces you to tackle problems in separate but concurrent scenes. Early on, for instance, Alex and Julia dive underwater to investigate the sunken plane. Conrad, Fliss and Brad, meanwhile, stay on the surface and deal with a group of suspicious men who hit their ship with a speedboat.

In the classic single-player mode, you'll play a slightly truncated version of both scenes, one after the other. Shared Story, meanwhile, restricts your perspective and, therefore, overall understanding of the story. The characters will share their knowledge and experiences once they reconvene in the game, which helps both players to keep up with the narrative beats, too. There are subtle details, through — the tone of someone's voice, for instance, or whether a character appeared to be lying — that you won't be aware of unless you talk with your controller-wielding companion. It's your choice, of course, whether you share accurate or misleading information with them throughout the game.

Shared Story is hard to recommend for a first playthrough.

It's a fascinating concept with a few rough edges. Any conversation between two player-controlled characters, for example, is littered with awkward pauses as you deliberate dialog options and potential actions. Every choice has a timer which keeps the dead-eyed stares brief. But they're just long enough to derail the game's otherwise film-like pace and editing. In addition, some corridors on the Ourang Medan are barely wide enough to fit two people. If you're both in the same scene, that can lead to some hilarious and atmosphere-breaking "you go first, alright then I'll go first" moments.

To make matters worse, some concurrent scenes are clearly more interesting than others. I would much rather go deep sea diving, for instance, then hang back on the boat that I've already spent an hour exploring and relaxing on. As such, I often felt like player two — the Tails to someone else's Sonic — whenever I was lumped with a scene or character that I didn't really care for. Shared Story, therefore, is hard to recommend for a first playthrough. While enjoyable and refreshingly different, it never feels like you're seeing the whole story and, therefore, the full Man of Medan experience. 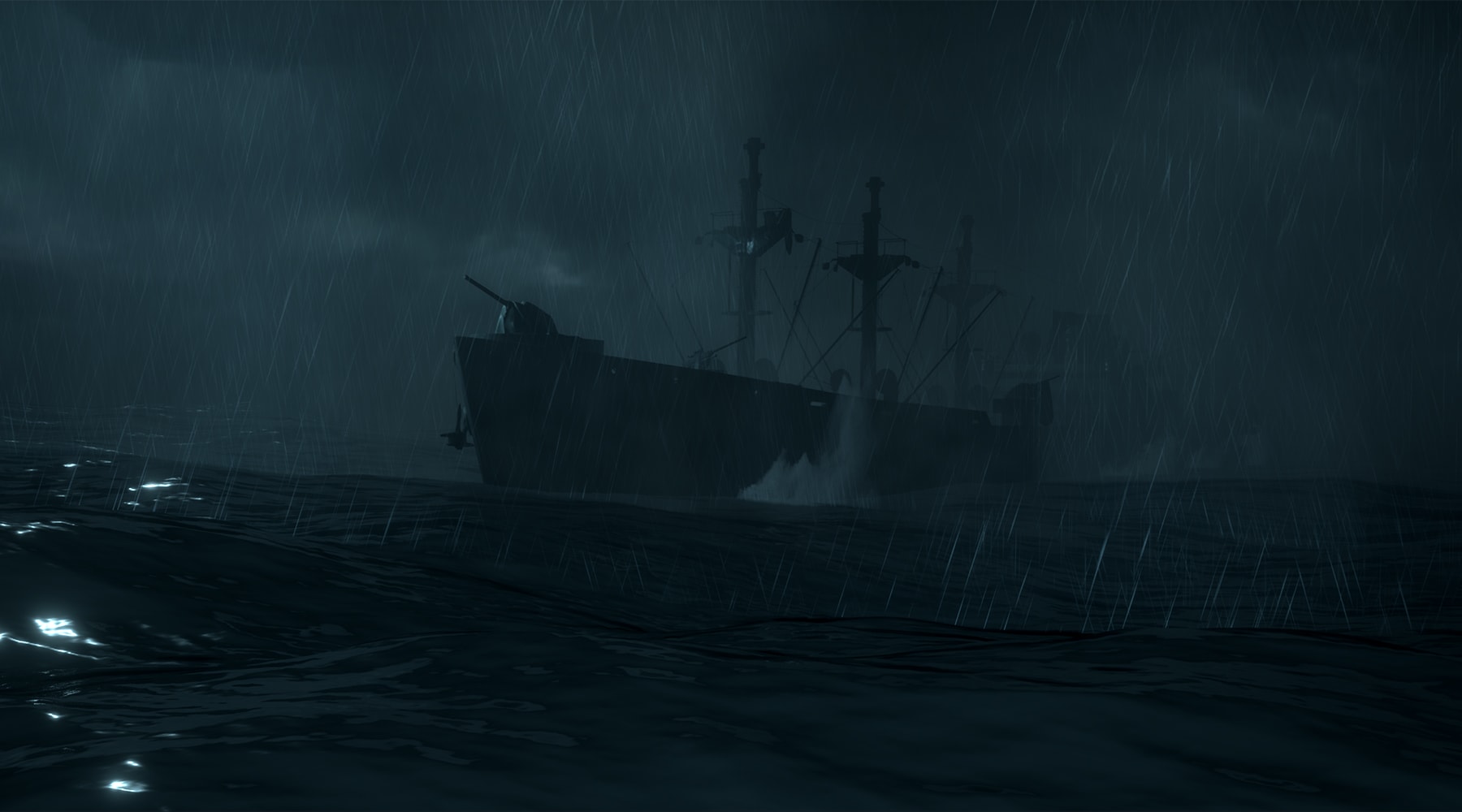 The moment-to-moment gameplay is mostly identical to Until Dawn. Some sequences let you walk around and search for useful items, similar to classic point-and-click adventure games. Proceed far enough and you'll trigger a cutscene, some of which have branching actions and dialog choices. The compass-inspired conversation system, which gives you two responses and a middle-of-the-road silent option, works well enough. The QTEs, too, are serviceable. My favourite addition is a mini game inspired by ECG graphs. To stay calm and avoid detection, you have to press the appropriate face button whenever a spike in your character's heartbeat slides across the screen.

Exploring the world, though, is rough. Characters move like bulldozers and it's weirdly difficult to line them up with interactive parts of the environment. Until Dawn had similarly stiff 'tank' controls, but I don't remember them being quite this bad.

The game's premonition system also falls flat. You will occasionally find paintings that tease a possible sequence in the story. Until Dawn had a similar Totem system that was designed to both forewarn and terrify you about what might happen next. The paintings in Man of Medan, though, are too short to glean much from. I was usually puzzled, rather than scared by what was being depicted and never knew what, if anything, I should be doing to steer my survivors away from that outcome. Thankfully, the painting vignettes can be analyzed multiple times from the menu. Unfortunately, these repeat viewings did little to change my emotional state or strategy throughout the story. By pure chance, I never once experienced what I had seen in a painting, either.

To cap everything off, the game runs terribly. I played the game on a standard PlayStation 4, which admittedly isn't the most powerful console hardware. Still, Man of Medan is a narrative experience that shouldn't be too taxing on the system. I was amazed at how often the game stuttered both during during cutscenes and exploratory sequences. Thankfully, it never occurred while I was performing a life-or-death QTE, otherwise I would have hurled my controller or restarted the game immediately.

The story, despite being a tad underwhelming, is the perfect length at four-to-five hours.

It's a shame, because underneath these shortcomings is a thoroughly enjoyable horror game. Like Until Dawn, the presentation is generally top-notch and the branching storylines are a genuine thrill. I also love how group-friendly it is and the story, despite being a tad underwhelming, is the perfect length at roughly four-to-five hours.

In so many ways, though, Man of Medan feels like a half-step back from Until Dawn. It mostly recaptures the brilliance of the original but adds some technical and artistic problems that weren't present before. The underwhelming plot is excusable -- like Black Mirror and The Twilight Zone, I can accept that I'll love some yarns in The Dark Pictures Anthology, and hate others. Man of Medan's stiff controls and inconsistent performance are concerning though, because they form the technical base of the entire series. If Supermassive doesn't fix these issues, there's a strong chance fans will lose interest before it's had a chance to show its stylistic breadth.

The Dark Pictures: Man of Medan is available now for PlayStation 4, Xbox One and PC.