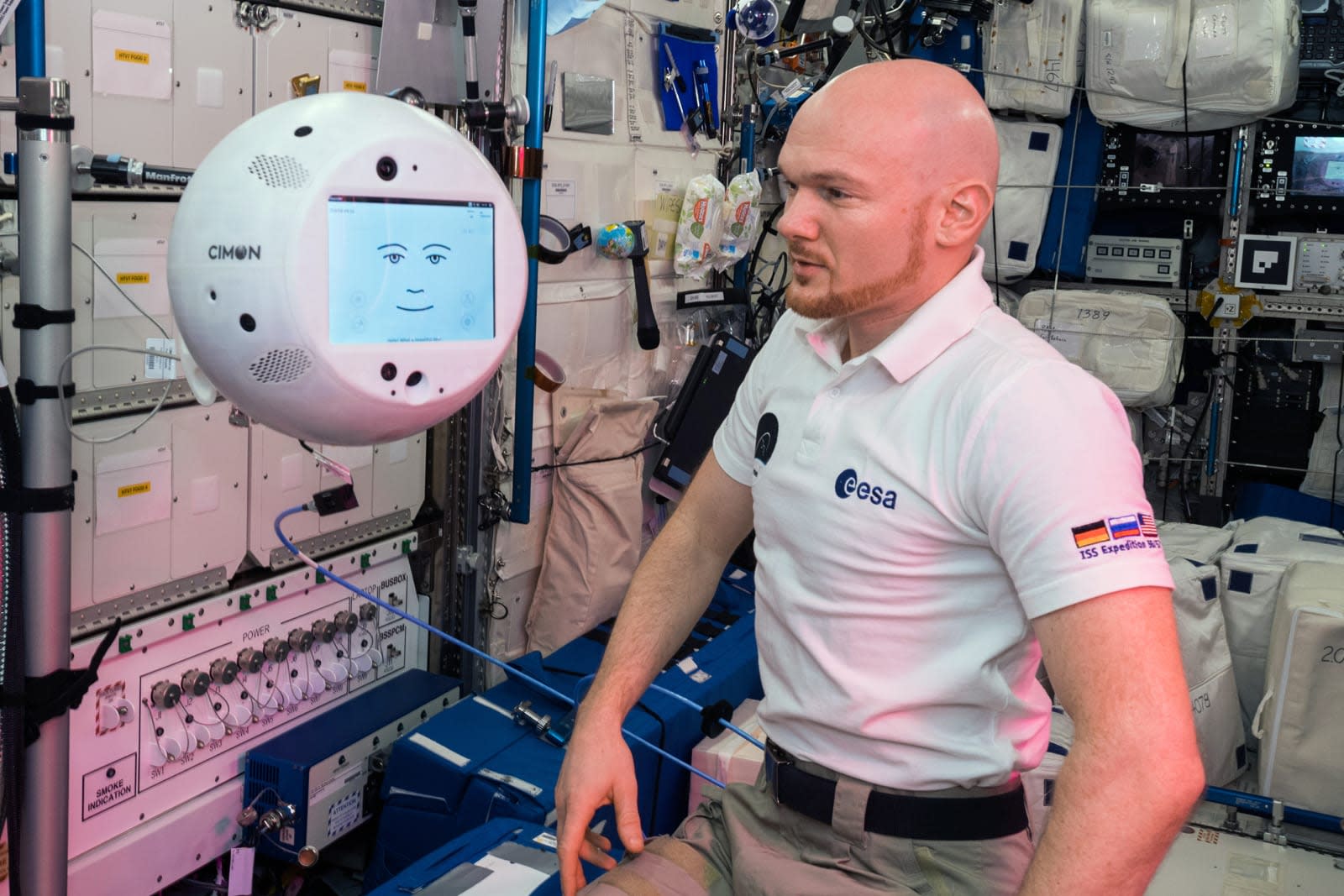 Humans are one step closer to having robot assistants in space. The IBM- and Airbus-made CIMON (Crew Interactive Mobile Companion) robot returned to Earth on August 27th after successful testing aboard the International Space Station. The spherical machine demonstrated both its AI skills (such as recognizing astronauts and offering instructions) as well as its ability to float through the ISS. Don't think this is the end to the experiments, though -- this is really just the start.

The partners have been working on a successor that should build on the lessons learned from the first-generation robot. The new CIMON will have a "more robust" computer, better mics, improved flight control and a more conversational system that recognizes speech, determines intent and includes a call history. It's expected to reach the ISS in December for further tests.

The station is quickly becoming a hub for robotics for multiple countries. The US recently sent its Astrobee cube robot for tests, while Russia just sent the humanoid Fyodor robot into orbit. Multiple major space agencies see robot helpers as vital for a future when astronauts will spend longer periods away from Earth, and they each have different ideas as to how to alleviate burdens and let crews focus on their missions.

In this article: ai, airbus, cimon, dlr, gear, ibm, international space station, iss, robot, robots, space, watson
All products recommended by Engadget are selected by our editorial team, independent of our parent company. Some of our stories include affiliate links. If you buy something through one of these links, we may earn an affiliate commission.