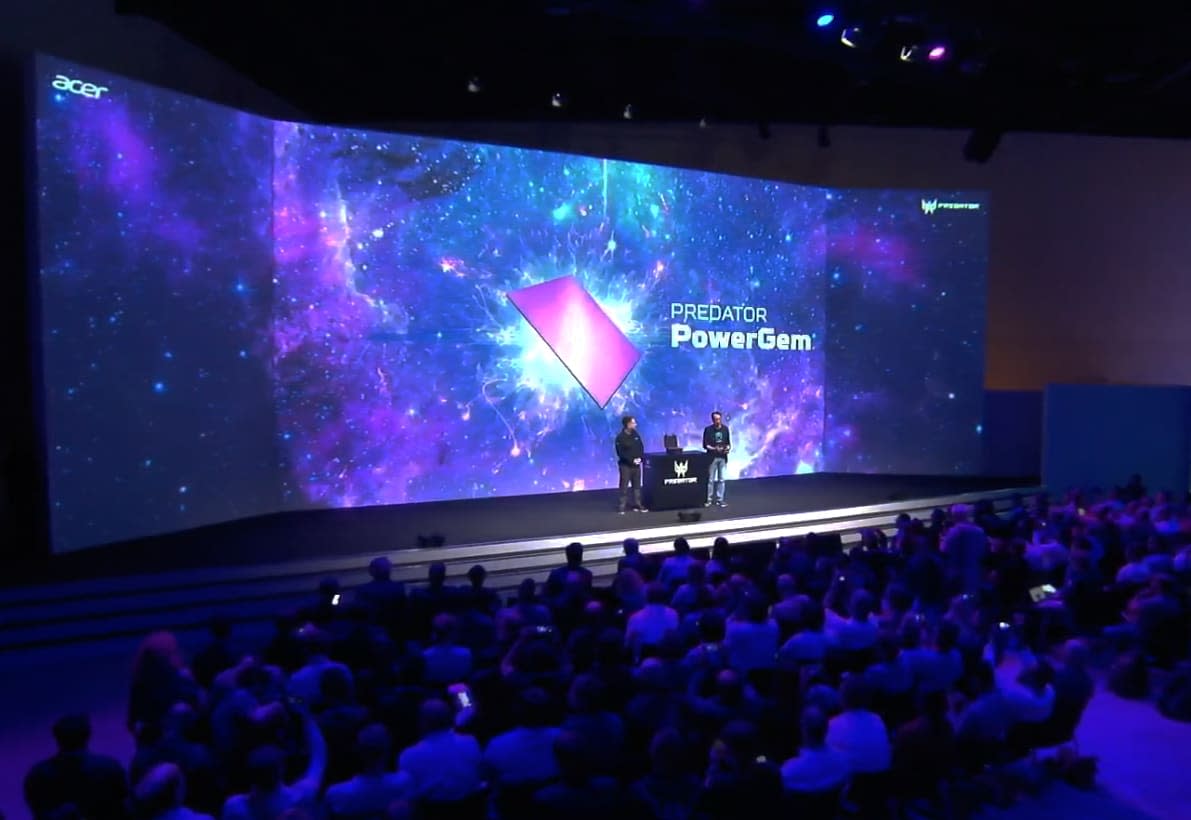 Between some powerful updates to its creator-focused ConceptD PC series and new Predator gaming laptops, Acer wanted to show off its latest component innovations on stage. At the company's IFA press event, Acer boss Jason Chen brandished the Predator PowerGem, a new material intended to aid in the cooling of PC components.

Details are extremely scant, but it's apparent that PowerGem is a type of thermal interface material (TIM). It's supposed to take the place of thermal paste, which sits between a chip and the cooler above it. While these pads are already found atop components like NVMe storage or GPU VRMs, CPUs are still typically cooled with thermal paste, or more exotic materials like liquid metal. PowerGem appears to have been developed specifically to cool CPUs. Acer claims PowerGem has around four times heat conduction of copper, and says using the TIM will allow for 77 percent higher wattage, resulting in a CPU boost of around 12.5 percent. This sounds very impressive, but claims of such breakthroughs are common, and the charts it used to illustrate its point lack context and explanation. We'll need to verify its claims and compare PowerGem against other leading solutions before getting too excited.

Acer will be using PowerGem in future revisions of its Orion 9000 desktop and Helios 700 laptops, with the company CEO teasing a future appearance in Acer's ConceptD lineup. It's not clear if it will sell the material directly to consumers looking to build their own PCs. In this article: acer, gadgetry, gadgets, gaming, gear, ifa2019, personal computing, personalcomputing, powergem, predator powergem, thermal interface material, tim
All products recommended by Engadget are selected by our editorial team, independent of our parent company. Some of our stories include affiliate links. If you buy something through one of these links, we may earn an affiliate commission.