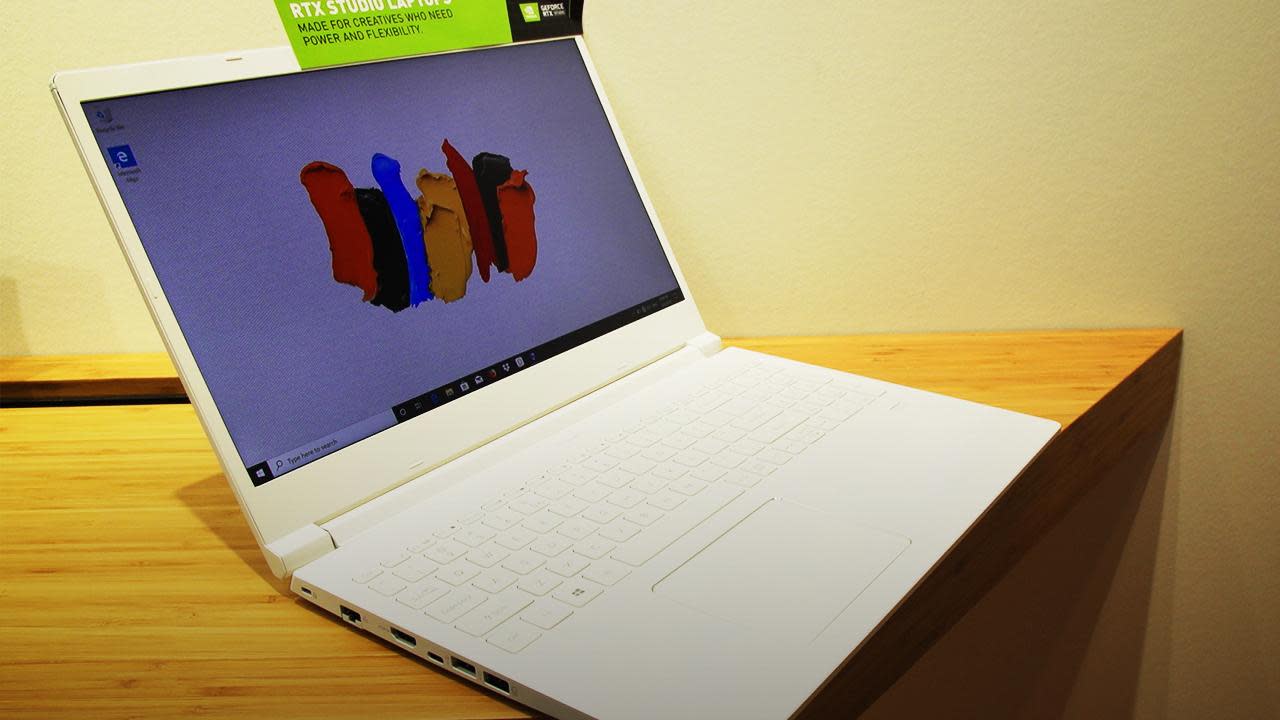 Acer is chasing the creative professional with the pro-grade line of ConceptD laptops it launched in April. These powerful notebooks with rich, accurate displays come in eye-catching designs that help them stand out even as other laptops up their style games. When the series was first unveiled, there were just three products -- the 17.3-inch ConceptD 9, the 15-inch ConceptD 7 and ConceptD 5 (available in both sizes). Here at IFA 2019, Acer is expanding the lineup by adding a 15-inch ConceptD 3, as well as offering Pro editions of each model. The Pro versions come with NVIDIA's Quadro RTX graphics cards for those who require the extra muscle for extremely taxing tasks. 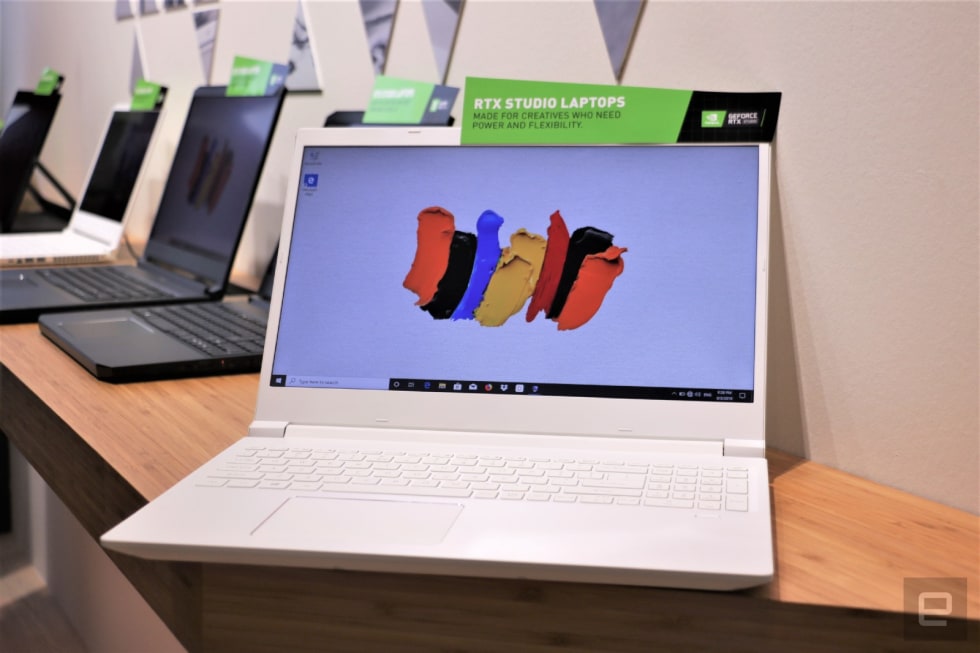 Besides processors, the ConceptD 3 isn't very different from the 5. The new notebook is slightly slimmer, resulting in a keyboard that looks somewhat recessed compared to the 5's island-style layout. Though the ConceptD 3's buttons aren't very deep, it was still comfortable enough for me to sling out a few URLs and cavalier observations about my unsatisfied caffeine itch with ease. I also watched snatches of some Engadget review videos (being the loyal staffer that I am) and was impressed at the display's quality even under harsh convention floor lighting.

Our demo unit also had a fingerprint sensor next to the generously spaced trackpad, though Acer reps told me that the scanner's inclusion will vary by region, and that models in the US aren't likely to get it. I picked up the device and was disappointed that it felt heavier than I expected. The white finish helps keep the notebook eye-catching, even though the 3 doesn't have the hexagonal shape of the ConceptD 5. Acer applied a micro arc oxidized finish to the machine for a papery ceramic texture that makes it feel unique.

This is our third time playing with a ConceptD machine now, and we're familiar with the rest of the company's promises here: accurate, vivid display, powerful performance, novel design and silence. The laptops are all supposed to feature quiet cooling systems that run at 40dB even at the loudest, which Acer said is the same noise level as a library. 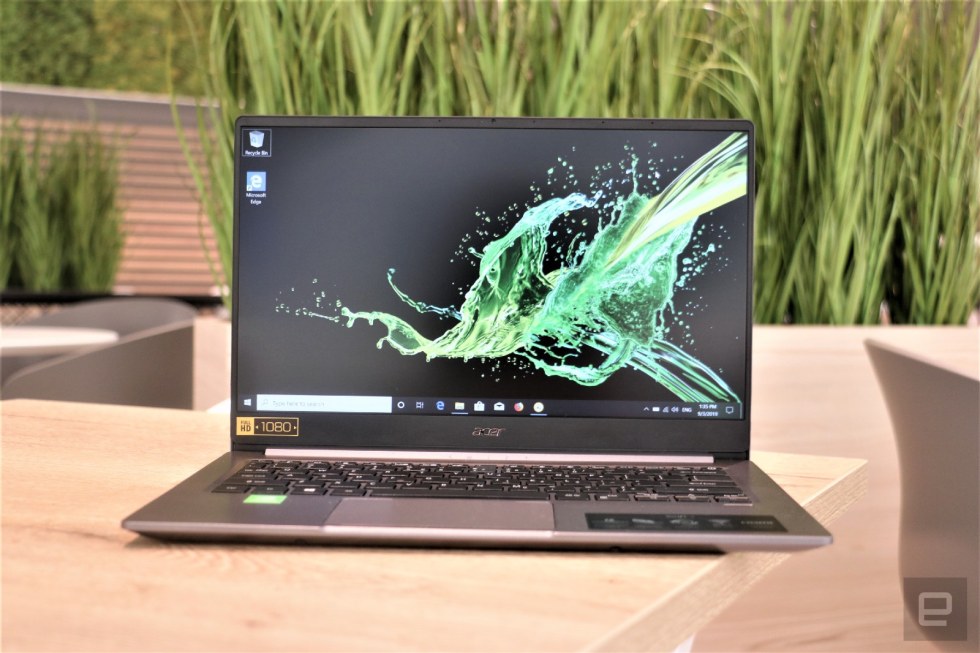 The new ConceptD laptops will be available in November, with the 3 starting at $1,000 and the 3 Pro from $1,700. The ConceptD 5 will retail from $1,800 and its Pro version will start at $2,000. Acer also announced a version of its Swift 5 laptop with a new 10th-generation Intel Core i7-1065G7 chipset that will cost $900 when it's available also in November. Until these devices go on sale (or when we get them in for review) and we can test them, we really can't say more about the ConceptD devices. For now, though, Acer certainly has our attention.

In this article: acer, acer conceptd, acer conceptd 3, gadgetry, gadgets, gear, IFA2019, laptops, microsoft, nvidia, nvidia quadro, personal computing, personalcomputing, quadro
All products recommended by Engadget are selected by our editorial team, independent of our parent company. Some of our stories include affiliate links. If you buy something through one of these links, we may earn an affiliate commission.