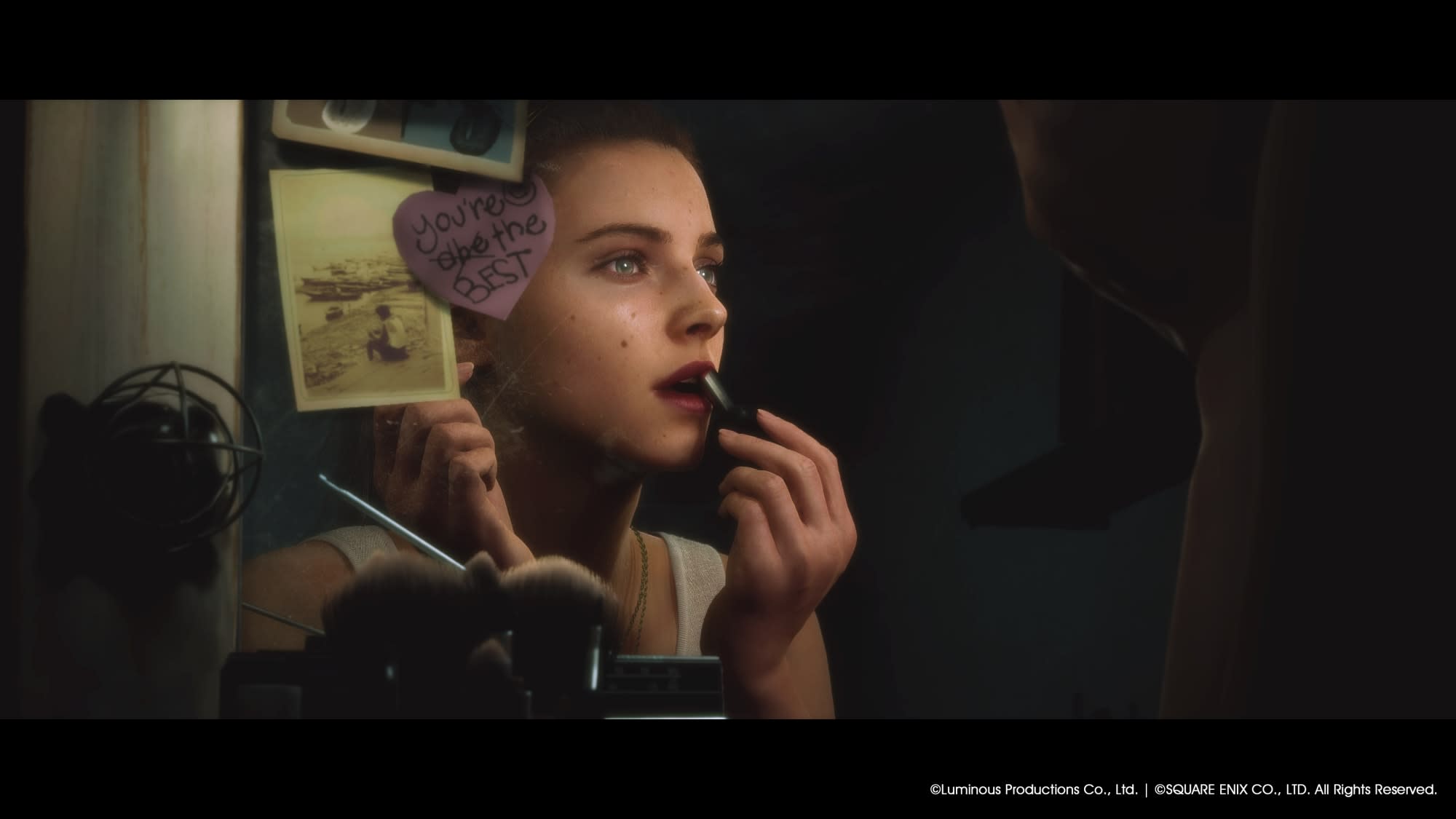 Square Enix, the JRPG behemoth behind Final Fantasy and Dragon Quest, has released a tech demo titled Back Stage, which is rendered almost entirely with a technique called path tracing. This is an offshoot of ray tracing that specializes in processing realistic lighting, shadows and reflections in real time. While ray tracing has become a bit of a buzzword, the render quality in the video below serves as proof that the technology will be a highlight of the next generation of consoles and PC graphics cards.

Captured on a single NVIDIA GeForce RTX 2080 Ti, Back Stage features an actress applying makeup at a vanity. There isn't a whole lot of action in the demo, but that's the point; viewers have plenty of time to take in the stunning details of the lighting and reflections. Light from the vanity blooms across her face while hotspots on her nose and cheeks accurately mimic real-life lighting. The light interacts differently with the various surfaces of her face, such as the glare on her eyes or the matte texture of her lips.

"Visual realism improves greatly by using ray tracing," says NVIDIA, "but by stepping up to path tracing, shadows, reflections, ambient occlusion, and diffuse global illumination lighting are all computed in a unified way, by tracing and bouncing millions of rays through a scene, instead of using separate algorithms." This global lighting framework will allow game designers to create realistic visuals more efficiently.

The demo was designed by Luminous Productions, a studio within Square Enix dedicated to creating new, high-profile AAA IPs. In other words, the team isn't working on spin-offs or sequels of existing series. Created in March 2018, the team's name is a reference to the graphics engine that was used to create Final Fantasy XV and the WITCH CHAPTER 0 [cry] tech demo for DirectX 12.

The details featured in Back Stage mirror the quality of visuals typically reserved for pre-rendered cut-scenes, so seeing them in-game will be one aspect that sets the next generation of gaming apart from the current gen. You can expect more developers to hop on the ray tracing and path tracing bandwagon, but with this caliber of visual detail, that's certainly not a bad thing.

In this article: av, final fantasy, gaming, geforce rtx 2080 ti, luminous productions, nvidia, path tracing, ray tracing, square enix, Tech Demo
All products recommended by Engadget are selected by our editorial team, independent of our parent company. Some of our stories include affiliate links. If you buy something through one of these links, we may earn an affiliate commission.