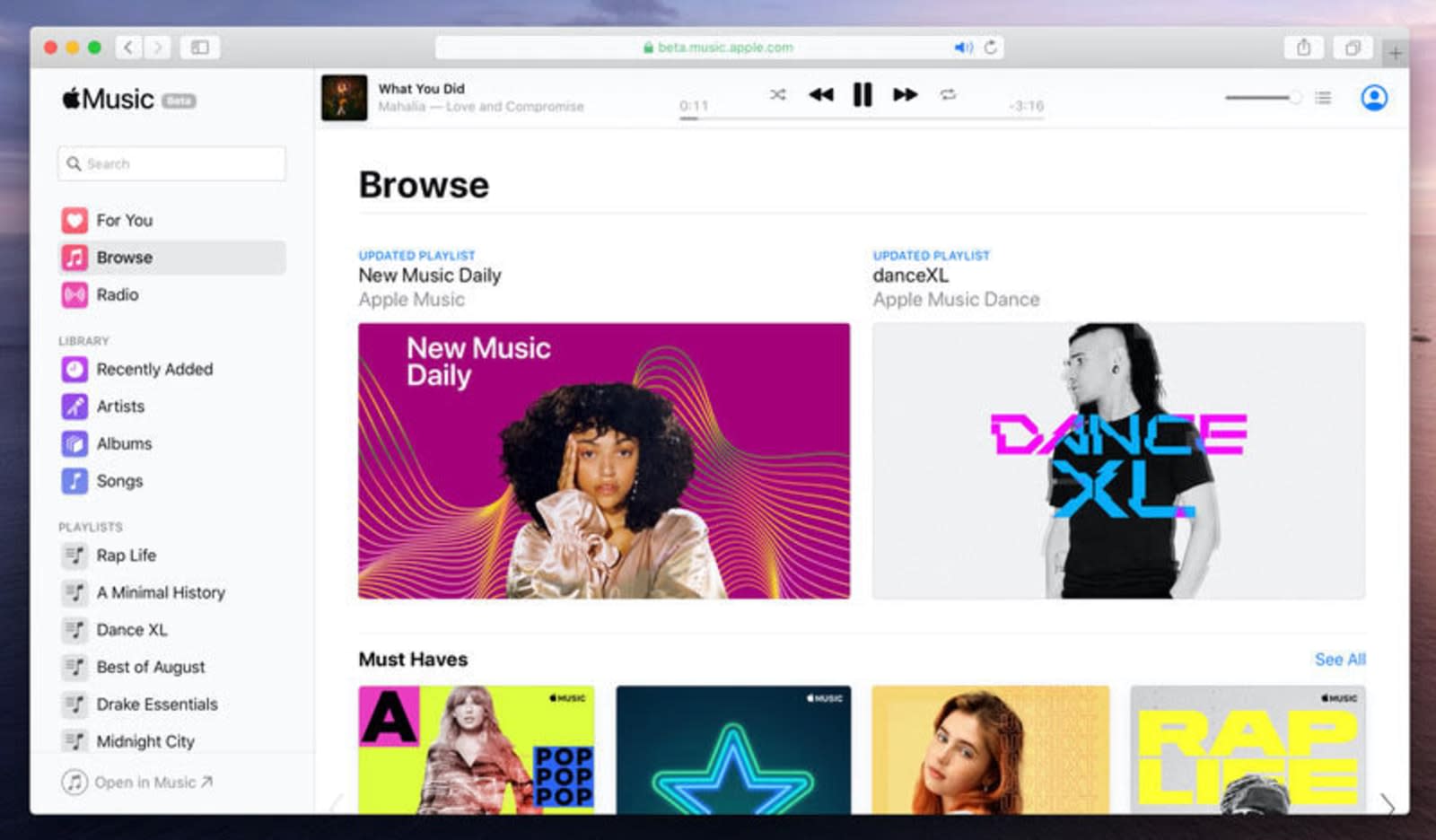 Apple Music is making its debut in browsers today as Apple continues to untangle its media services from the confines of iTunes. If you're a subscriber, you can check out the public beta of the web player by signing in with your Apple ID.

The browser-based player includes "a core set of features" at the outset. For now, you can search for and play any song in the Apple Music catalog, as well as tunes from your library if you've set up the Sync Library option on other devices. You can also access your playlists and the various sections that you'll be used to: Library, Search, For You, Browse and Radio. Apple plans to add more features later.

The player has some of the same features as the macOS Catalina Music app. At WWDC in June, Apple announced separate Music, Podcasts and TV apps for the latest version of the operating system, which sounded the death knell for iTunes.

A key benefit of bringing Apple Music to the web is that it's essentially becoming platform agostic -- you'll be able to use the service on computers that don't have iTunes or the Music app. That should be a boon for folks who can't install them on work systems and instead have to plug headphones into their phone or tablet to get their Apple Music fix.

Apple says you'll eventually be able to sign up for Music through the web player. With the company placing a bigger focus on services these days, making the likes of Apple Music and Apple TV+ as accessible as possible is a sensible business move, as well as one that benefits current and future subscribers. Besides, since competitors such as Spotify, Amazon Music and Pandora have long had web players, it's probably about time Apple Music came to browsers too.

In this article: apple, apple music, applemusic, av, beta, browser, entertainment, web app, web player, webapp, webplayer
All products recommended by Engadget are selected by our editorial team, independent of our parent company. Some of our stories include affiliate links. If you buy something through one of these links, we may earn an affiliate commission.