Lenovo's take on Google's Nest Hub has a built-in camera

The teeny smart display is mostly the same as Google's.

Lenovo is fully embracing its recently found identity as a part-time smart home device maker by announcing three new smart displays here at IFA 2019. First is the Smart Display 7, which expands the company's existing lineup of Google-based connected displays by adding a small 7-inch version. The other two are the Yoga Smart Tab and Smart Tab M8 -- 10-inch and 8-inch Android tablets respectively that show the Pixel Stand charging UI when idle. The company already launched a Smart Tab back in January which turned into an Echo Show clone when docked to a Lenovo-made speaker base. These new iterations put Google's Assistant front and center instead.

I love my Home Hub, excuse me, Nest Hub, for its stunning display, minimal design and petite size. I also enjoy asking the Google Assistant to set timers, pull up recipes or YouTube videos when I'm putzing around in my kitchen. Lenovo's Smart Display 7 is basically the same, with a similarly clean aesthetic. But its screen looks more reflective than the Hub's matte-looking finish, and its speaker sits below the panel, firing forwards.

I've never felt like my Hub was too soft or that its audio was projecting the wrong way, but the Lenovo setup was definitely noticeably louder than Google's. Our video producer Chris Schodt said the output was very loud from where he was standing in front of the Smart Display, although I didn't find it as loud where I was sitting behind the device.

Turn on browser notifications to receive breaking news alerts from Engadget
You can disable notifications at any time in your settings menu.
Not now
%Breakout-061ead33-6cda-3278-ae43-2584d00173f3%

I asked the Assistant to show me the local weather, time at home in New York (because I cannot do timezone math to save my life) and pull up videos about Bachelor in Paradise on YouTube. The device responded without delay to all my requests, which assuaged my concerns about the MediaTek 8167S chipset inside.

One other slightly concerning difference between the Lenovo and Google displays is the former's built-in 2-megapixel camera. Those who are more careful about privacy might prefer not to have one, but for people who want to make video calls over Duo, this is a helpful addition. Lenovo at least offers a shutter here so you can block the camera when you're done using it.

The other potential benefit of having a camera on board is being able to use gestures that Google introduced with the Nest Hub Max in May. These allow you to pause and play media by raising your hand in front of the device, which is super helpful for when your hands are dirty and you don't want to touch your screen, or if your surroundings are too noisy for Assistant to hear you. Like the Nest Hub Max, the Lenovo Smart Display's camera might also enable face recognition and surface personalized alerts and information when it sees you're in the room. But these are all absent from the Lenovo system for now -- at the moment the camera only serves to facilitate video chats. 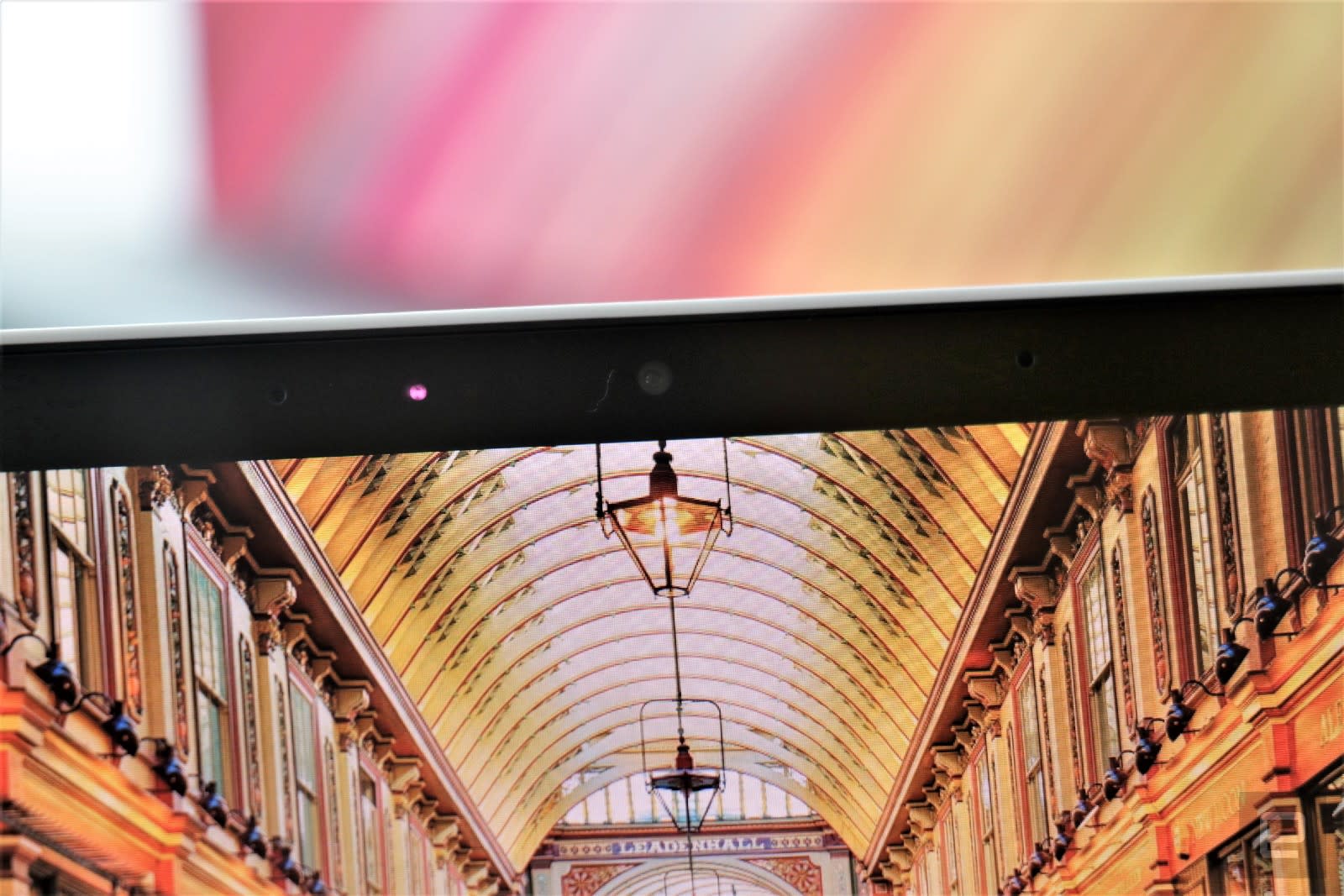 Because the Lenovo display doesn't support Google's Cast protocol, you can't stream videos to it like you can with the Home Hub. I generally haven't found a need to cast clips to my kitchen display, so this omission isn't a big deal to me.

As for the two new tablets, the one that sparks my interest more is the $249 Yoga Smart Tab. Like previous Yoga tablets, this has a built-in kickstand that folds out to prop the slate up for easy viewing. On the new device, though, when you've completely opened the kickstand, the tablet automatically switches over to Google's charging UI that's also used in the Pixel stand. This shows the time, weather and other pertinent information based on your calendar and preferences. This UI also kicks in on the Smart Tab M8 when you slide the tablet into the accompanying charging dock.

These devices will be available in October, with the Smart Display 7 costing the same $129 as its Google rival. The Smart Tab M8 starts at a budget-friendlier $119. If you've been looking for a smart smart display with a camera onboard, it looks like Lenovo's got something for you to consider.