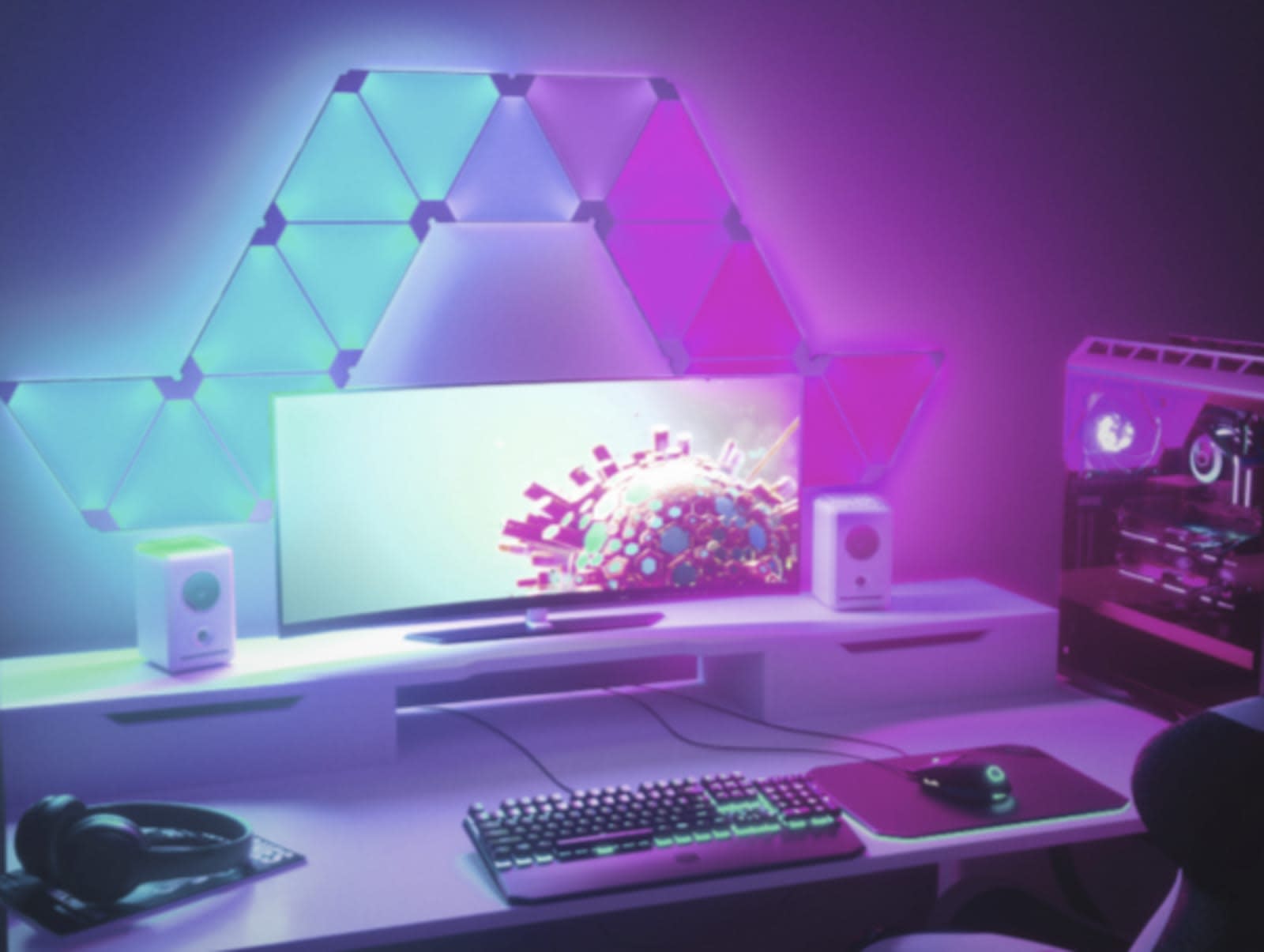 Nanoleaf and Razer teamed up last year to making gaming an even more immersive experience. Thanks to integrations between Nanoleaf's modular lights and Razer's Synapse IoT platform, gamers could enjoy everything from event-based flashes and explosions to instant notifications when a spell is ready to fire, all in glorious technicolor across their gaming space. Now the partnership has expanded to bring game controls to the illuminated touch-tiles, too.

Nanoleaf's funky tiles are already programmable with a range of controls, but now gamers will be able to use this feature during play. For example, while a tile may have previously lit up to indicate a weapon is ready to fire, players can now hit the tile to deploy it.

This is the latest in a line of partnerships for Razer, whose Chroma-equipped devices already work with Phillips' Hue lights and the Vivaldi browser. Meanwhile, Nanoleaf is increasingly turning its attention to the gaming community -- its die-shaped light controller was a big hit at CES last year -- so further integration between the two is a no-brainer. Prices for Nanoleaf's nine-panel kits starts at $215/£180.

In this article: art, av, color, design, gaming, gear, home, integration, lighting, Nanoleaf, personal computing, personalcomputing, Razer, Synapse
All products recommended by Engadget are selected by our editorial team, independent of our parent company. Some of our stories include affiliate links. If you buy something through one of these links, we may earn an affiliate commission.