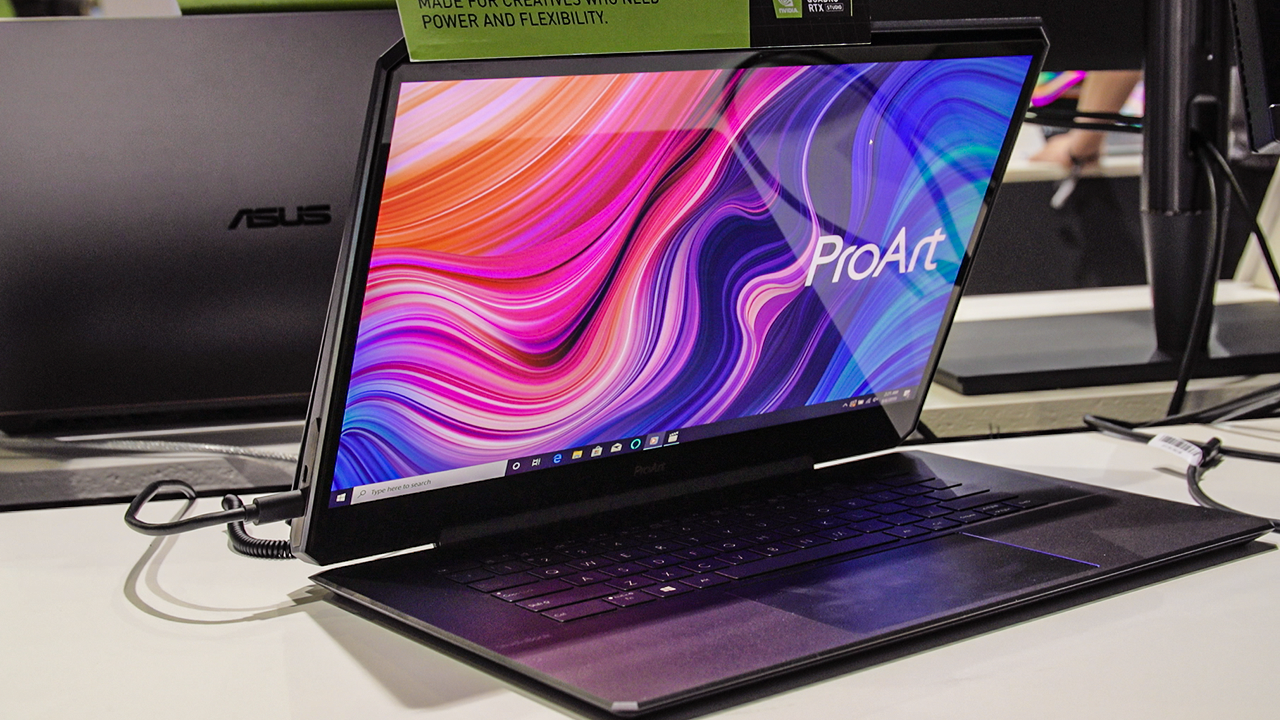 You know a company is feeling confident when it has industry-standard benchmarking software pre-installed on its demo PCs. ASUS' new ProArt StudioBook One is the first to offer NVIDIA's class-leading Quadro RTX 6000 pro graphics. And it had Futuremark's 3D Mark 11 just sat there, practically begging us to try and see how fast thing could run. Turns out that it had a Performance score of 24,438, making this laptop faster than 98 percent of all computers it's ever benchmarked. 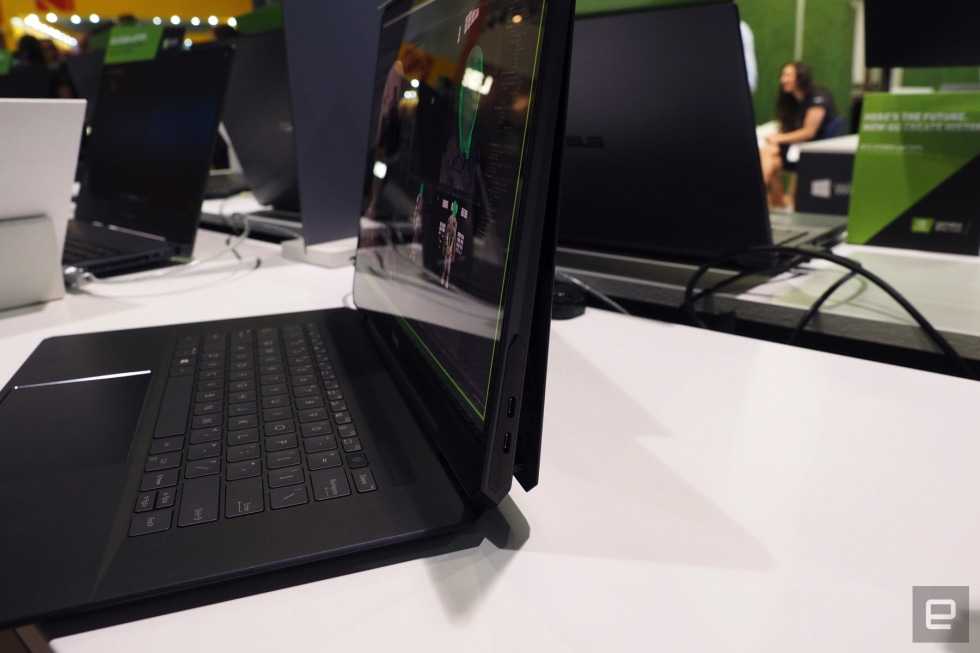 The StudioBook One is part of ASUS' massively-expanded line of ProArt laptops, designed for "creative professionals." The company, like many, is trying to steal a slice of Apple's MacBook Pro pie now that the laptops have been beset by gripes around its performance, battery life and keyboard. Most notably, ASUS has crammed NVIDIA's headline-grabbing pro graphics into a 15.6-inch laptop.

Yes, it has a 15.6-inch display with an 84 percent screen-to-body ratio, and while it's clearly a beast, it's not as hefty as, say, some gaming laptops. That 16:9, 120Hz 4K display is Pantone Validated, with 100 percent Adobe RGB and is covered in Gorilla Glass 5 for added durability. The machine is no slouch in any other department, either, with a 2.4GHz Intel Core i9-9980HK, 32GB RAM and a 1TB SSD. That Quadro RTX 6000 itself comes with 24GB of its own GDDR6 RAM, because ASUS really isn't screwing around here.

In order to prevent this machine from roasting your lap to a crisp, the bulk of the components are actually in the top half of the model. Stacking them vertically, behind the display, means ASUS can show off a new cooling system that's reminiscent of the one designed for Max-Q laptops. Open the lid of the laptop open, and the outer shell flares out at the bottom by around five degrees to draw in more cool air.

Because the business of the laptop is in the display, so is the I/O, but it only has a trio of USB-C ports, each one with Thunderbolt 3. The fourth, on the bottom left, looks like a USB-C port, but is actually a custom three-pin power port that's been designed to look like the standard. We don't yet have detailed specs on how long this will last on the go, but we doubt that 90Wh battery will last for long on the road.

We don't know when this device will land, beyond a vague date of Q4, or how much it'll cost, but given a Quadro 6000 costs thousands on its own, you'll probably need to mortgage a kidney to own one.

In this article: art, asus, gear, Graphics, hands-on, ifa2019, NVIDIA, personal computing, personalcomputing, ProArt StudioBook One, Quadro RTX 6000, Workstation
All products recommended by Engadget are selected by our editorial team, independent of our parent company. Some of our stories include affiliate links. If you buy something through one of these links, we may earn an affiliate commission.
Share
Tweet
Share