It's "the world’s most graphically-powerful laptop" --- for now.

Even with all of its might, the StudioBook Pro X that ASUS announced today isn't the most powerful StudioBook in terms of graphics. That accolade is reserved for the StudioBook One, with its Quadro RTX 6000 graphics. In fact, ASUS says this is the first (and currently only) laptop to harness the Quadro RTX 6000, and both it and NVIDIA say it's "the world's most graphically-powerful laptop." Well, at least it is for now.

The 15-inch StudioBook One has angled corners where most laptops are rounded. Not everyone is going to be a fan of that design touch. And for such a powerhouse, the machine appears to be pretty thin. The StudioBook One also has 9th-gen Intel Core i9 processors and its 4K UHD display covers the entire Adobe RGB gamut, is Pantone validated and has a 120Hz refresh rate. Unfortunately, that's all we know for now as ASUS didn't mention pricing or availability for the StudioBook One just yet.

If a desktop is more your style, ASUS debuted the ProArt Station D490MX as it expands that lineup. Once again, creatives are the target audience here with a 9th-gen Intel i9 processor with up to 64GB DDR memory. You can choose between NVIDIA Quadro RTX 4000 or GeForce RTX 2080 Ti graphics, and there's dual storage onboard with a 512GB SSD and 1TB hard drive. There's also two Thunderbolt 3 ports up front, so you don't have to go messing around back to connect things. The ProArt Station D490MX will be available in Q4. 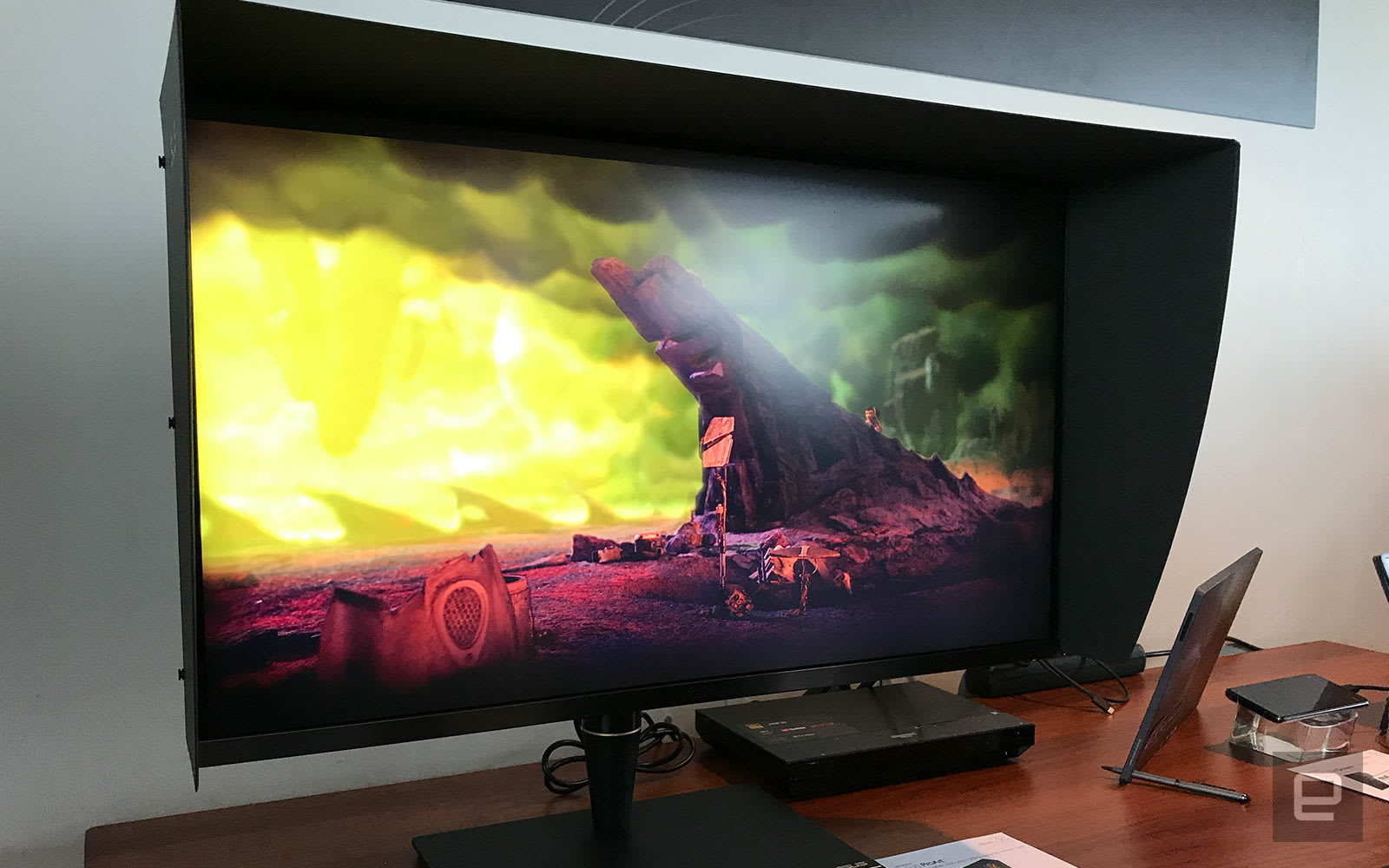 We're not done yet. ASUS is adding to its line of ProArt displays with the 32-inch PA32UCG. The company says it's the world's first HD1600 monitor with 120Hz refresh rate. The IPS panel offers 4K UHD resolution and mini LED backlighting. ASUS says 1,152 mini LEDs enable a 1,000,000:1 contrast ratio and 1,000 nits of "full-screen sustained brightness." Thanks to ASUS Smart HDR Technology, the PA32UCG supports HDR 10, Dolby Vision and more. Color accuracy is paramount for these devices, and this one has a Delta-E rating of less than 1 (the closer to zero, the better). It also offers two Thunderbolt 3 ports, one DisplayPort and 3 HDMI ports alongside a USB hub. Again, no word on price, but this will likely be an alternative for creative pros who may be considering the Apple Pro Display XDR.

ASUS is also debuting a new ProArt Creator Center app that will help with things like color calibration and optimizing performance. It will also allow you to monitor the rendering process from your phone. Gone are the days when you feel the need to sit in front of your computer while it does its thing.

This stacked ProArt line is meant to compete directly with Acer's ConceptD series for creative professionals. They more or less mirror each other spec for spec down the line, though Acer's ConceptD 9 does have a rotating display hinge -- if you're into that sort of thing.