Let's play a game of technicalities. A few days ago, Samsung announced the Exynos 980, the company's first processor with an integrated 5G modem. In February, Qualcomm also sort of announced it had an integrated 5G mobile platform that supports millimeter wave (mmwave) technology. Today, at IFA 2019, Huawei is unveiling the Kirin 990 5G, which it is calling the "industry's first 5G SoC." The new chipset has, you guessed it, a radio onboard that makes it compatible with the networking standard that's being lit up worldwide, although Huawei's system doesn't support mmwave.

Previous 5G-ready chipsets needed separate modems for the new standard. Qualcomm's Snapdragon 855, for example, was compatible with the company's 5G-friendly X50 modem, but had an LTE X24 modem onboard. This race to deliver the first mobile CPU with its own 5G radio is almost meaningless until networks and devices are more widely available, but that's not stopping these companies from staking their claims on the title. 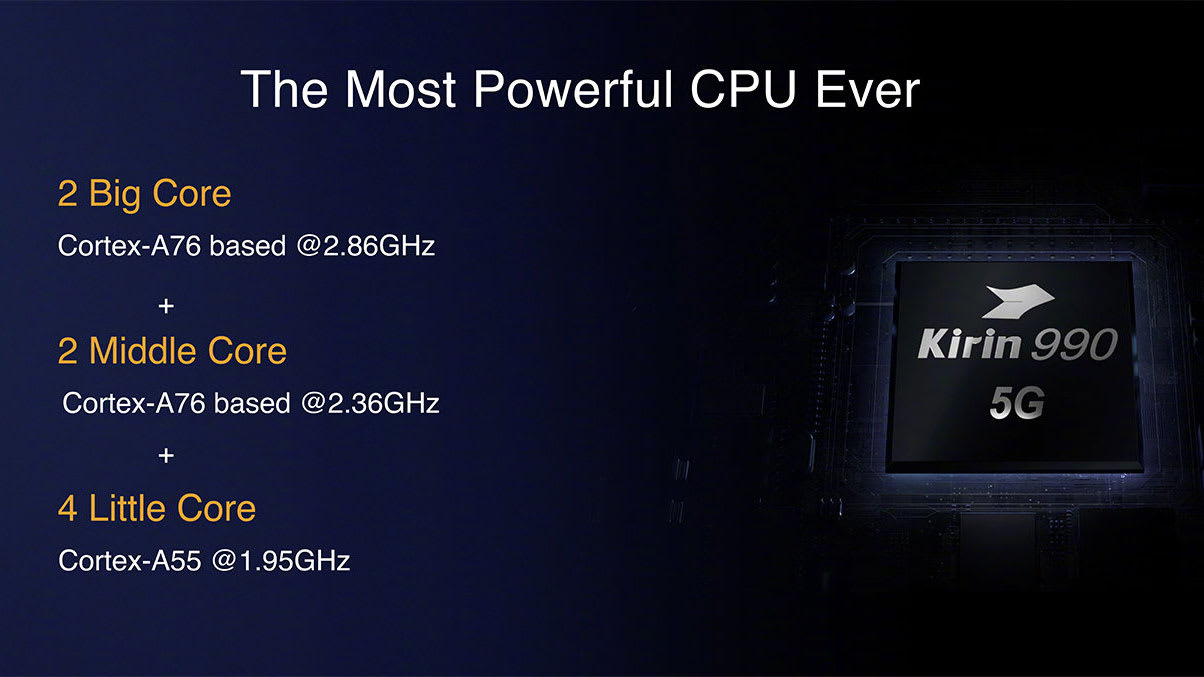 The Kirin 990 5G is a 7nm octa-core chipset that has 10.3 billion transistors. It uses two big, two middle and four little cores to optimize multitasking, with clock speeds of 2.86GHz, 2.36GHz and 1.95GHz respectively. The 990 5G also packs a 16-core Mali G76 graphics processor which should offer plenty of power for mobile gaming, as well as smart cache built in to reduce bandwidth by up to 15 percent. 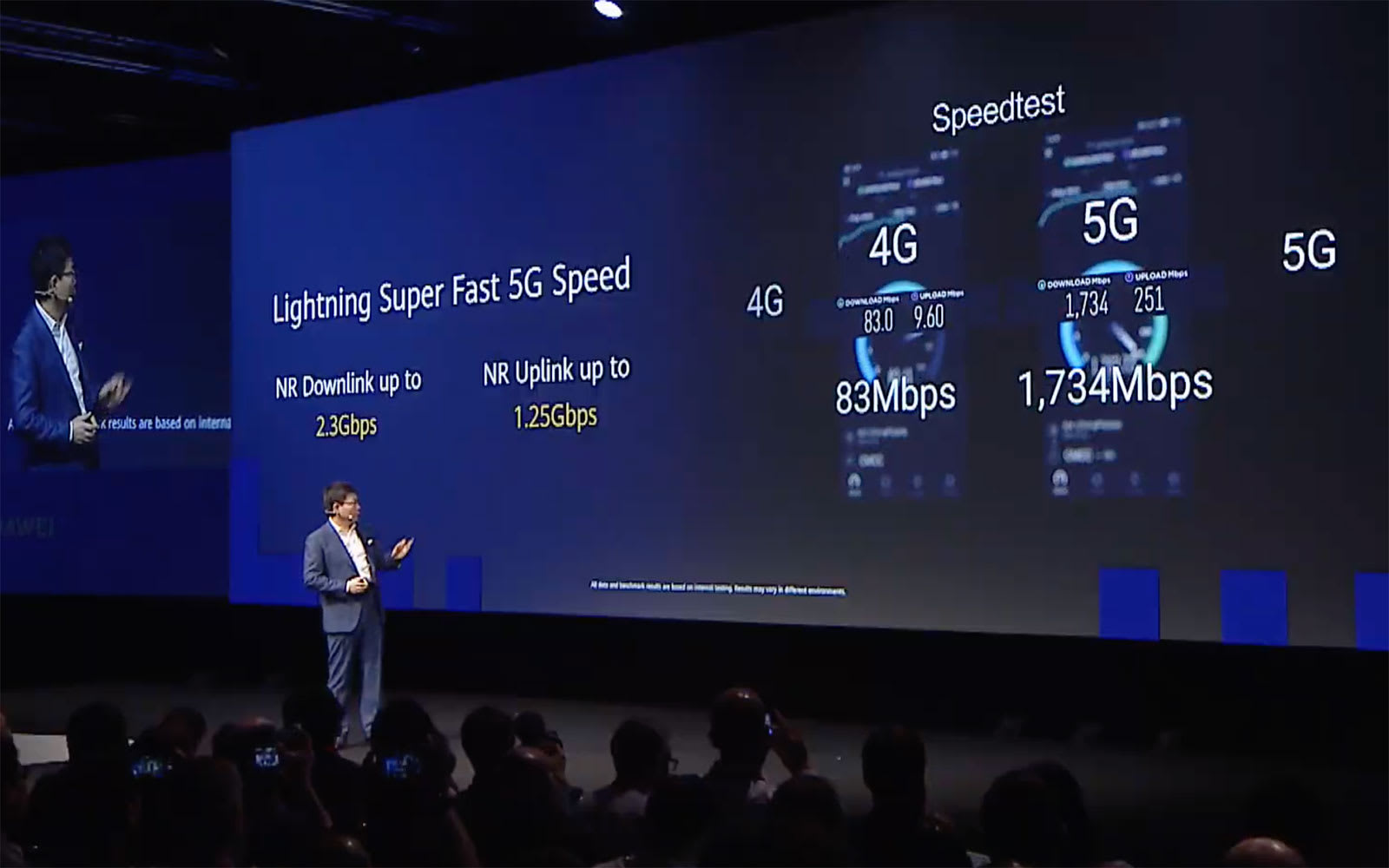 But Huawei wants to draw your attention to 5G and AI. Company reps told reporters at a recent briefing in Berlin that the Kirin 990 5G can achieve up to 2.3Gbps downlink and up to 1.25 Gbps uplink speeds. For comparison, the Snapdragon X55 modem can hit up to 7 Gbps, but Qualcomm's chip supports the faster mmwave technology, whereas Huawei's doesn't. Plus, Qualcomm has yet to announce an actual CPU with integrated 5G. 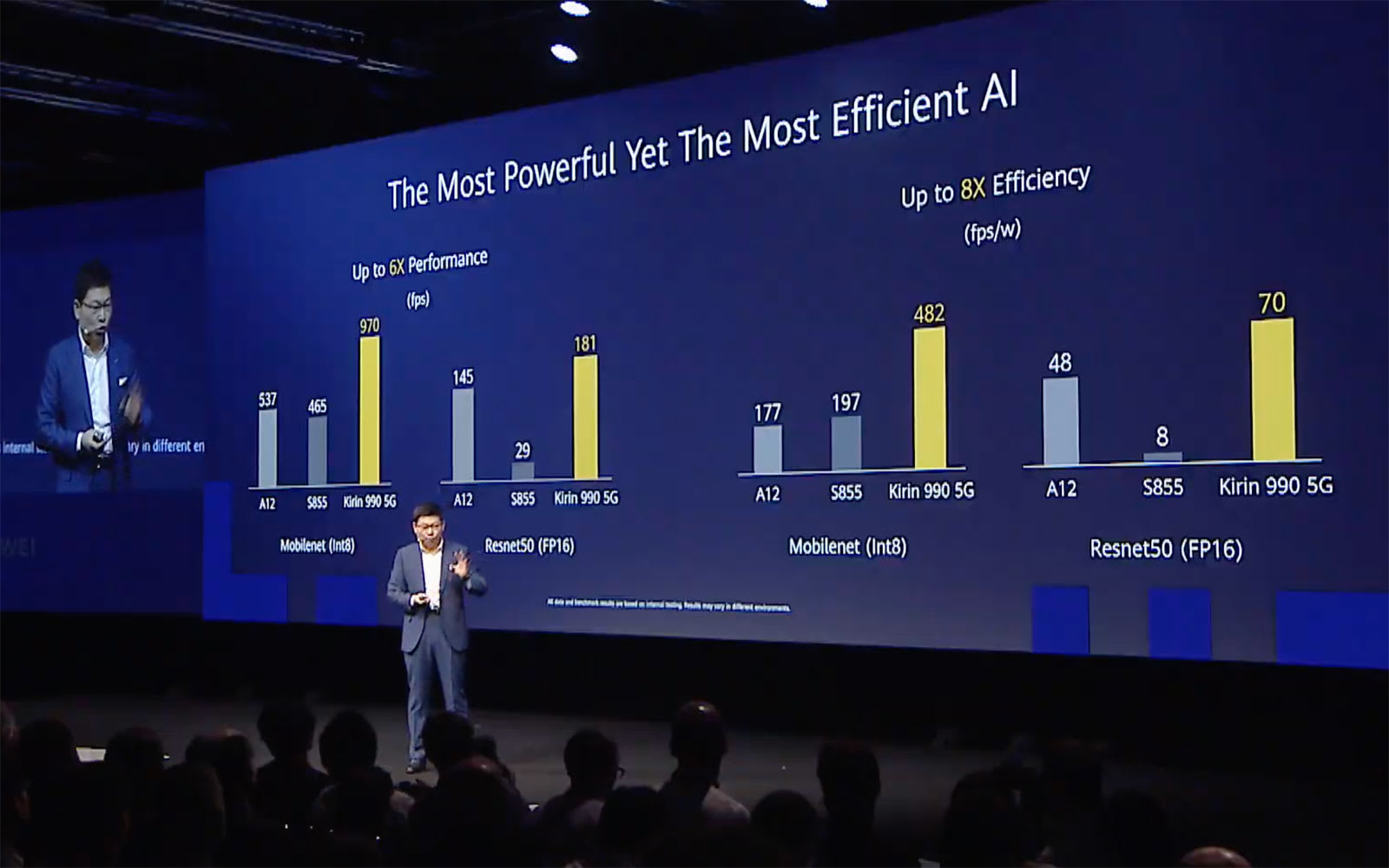 Since AI is all the rage, Huawei also pointed out the Kirin 990 5G's neural processing units (NPU) that can be used for tasks like face and voice recognition. The new SoC comes with a big dual-core NPU and a tiny core for low power applications.

Other components of the Kirin 990 5G include a 5th-generation image signal processor that enables new DSLR-level noise reduction technology that Huawei says is the first on a smartphone. 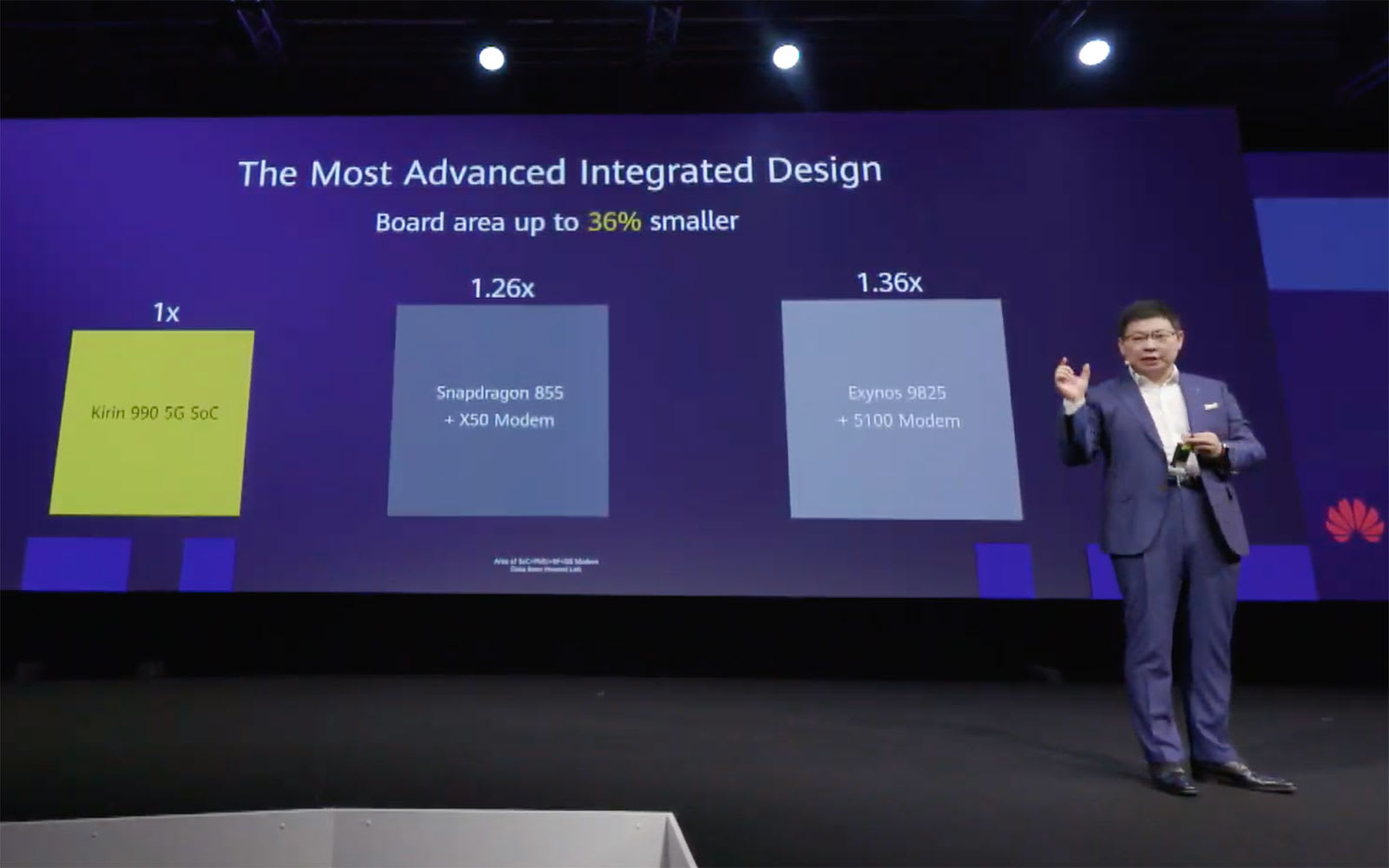 Speaking of, the company hasn't announced whether the new chipset will be in an upcoming phone yet, but presumably it will feature in the next flagship. Until we can see the Kirin 990 5G in an actual handset, it will be difficult to gauge the benefits promised today. As for who's really the first to launch a mobile CPU with integrated 5G? It depends on your qualifiers.

In this article: 5g, chipset, gadgetry, gadgets, gear, huawei, ifa2019, kirin 990, kirin 990 5g, mobile, soc
All products recommended by Engadget are selected by our editorial team, independent of our parent company. Some of our stories include affiliate links. If you buy something through one of these links, we may earn an affiliate commission.