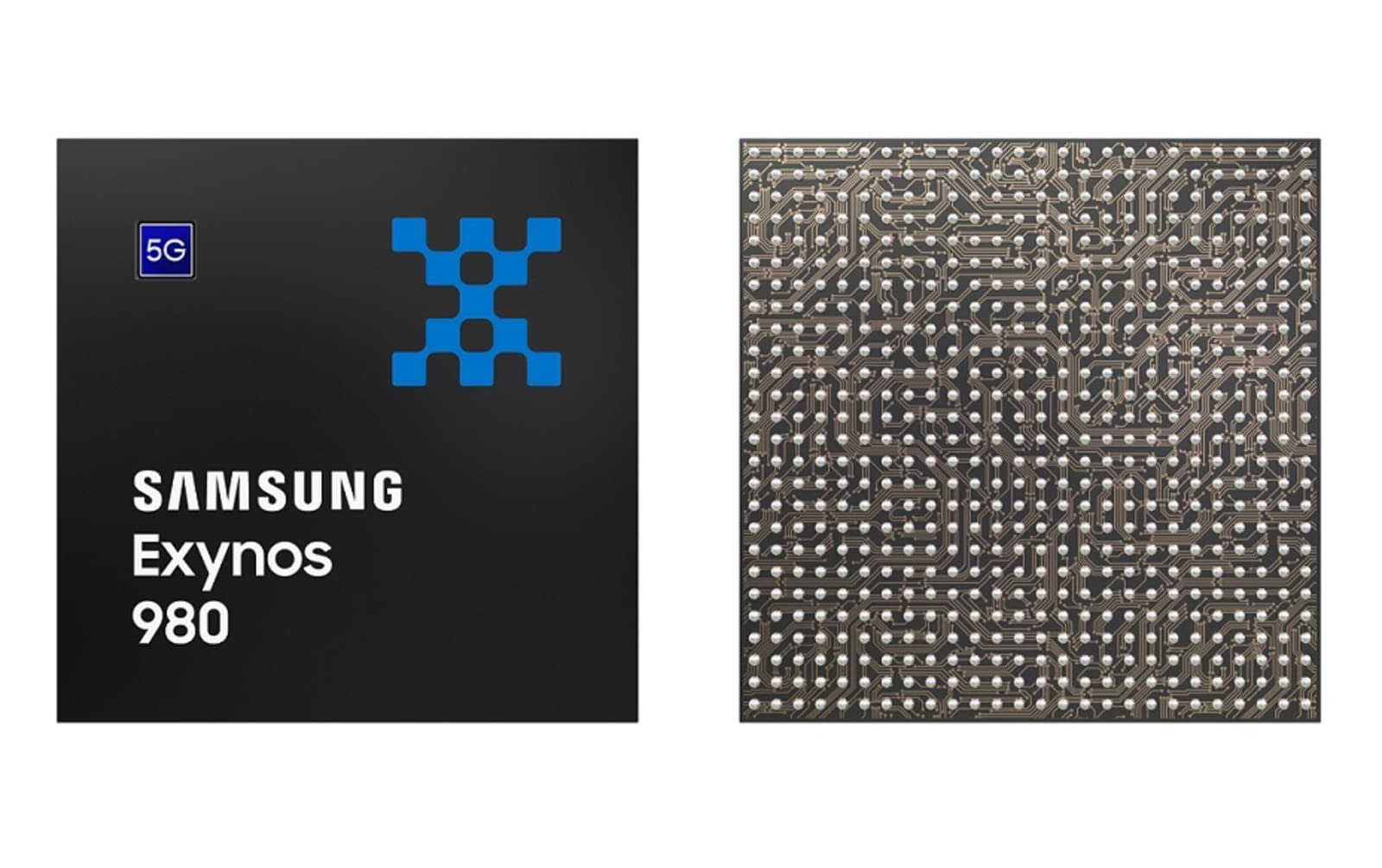 Samsung has announced the launch of the Exynos 980, the company's first mobile processor which combines a 5G modem and mobile application processor in a single chip. Until now, phones with Exynos have needed a second chip for 5G -- putting everything in one allows for more compact phone designs and better battery life.

The Exynos 980 promises a fast gigabit downlink speed in 4G LTE and up to 2.55 Gbps in 5G below 6 GHz. The processor supports new WiFi 6 standard IEEE 802.11ax, and packs in two Cortex-A77 CPU cores and six Cortex-A55 cores, plus a Mali-G76 GPU for gaming and mixed reality experiences. Its neural processing unit (NPU) is built right in, so AI tasks can be processed on the device, rather than sent to a server. Samsung says the Exynos 980 NPU performs 2.7 times better than its predecessor. There's also a boost in its photography capabilities, with an image signal processor that can process up to 108 million pixel mages, supports up to five individual sensors and an process three concurrently.

This is a big leap forward for Samsung -- and indeed the mobile device industry. As 5G is the next standard of connectivity people will expect its fast speeds in the same slim, high-performing phones that they're used to. While the 5G roll-out may be facing some challenges -- lack of coverage and compatible devices, as well as national security issues, for example -- the Exynos 980 means Samsung will be ahead of the game when it does eventually go mainstream.

In this article: 5G, AI, av, chip, Cortex, Exynos 980, gadgetry, gadgets, gear, internet, mobile, mobile processor, samsung, WiFi 6
All products recommended by Engadget are selected by our editorial team, independent of our parent company. Some of our stories include affiliate links. If you buy something through one of these links, we may earn an affiliate commission.