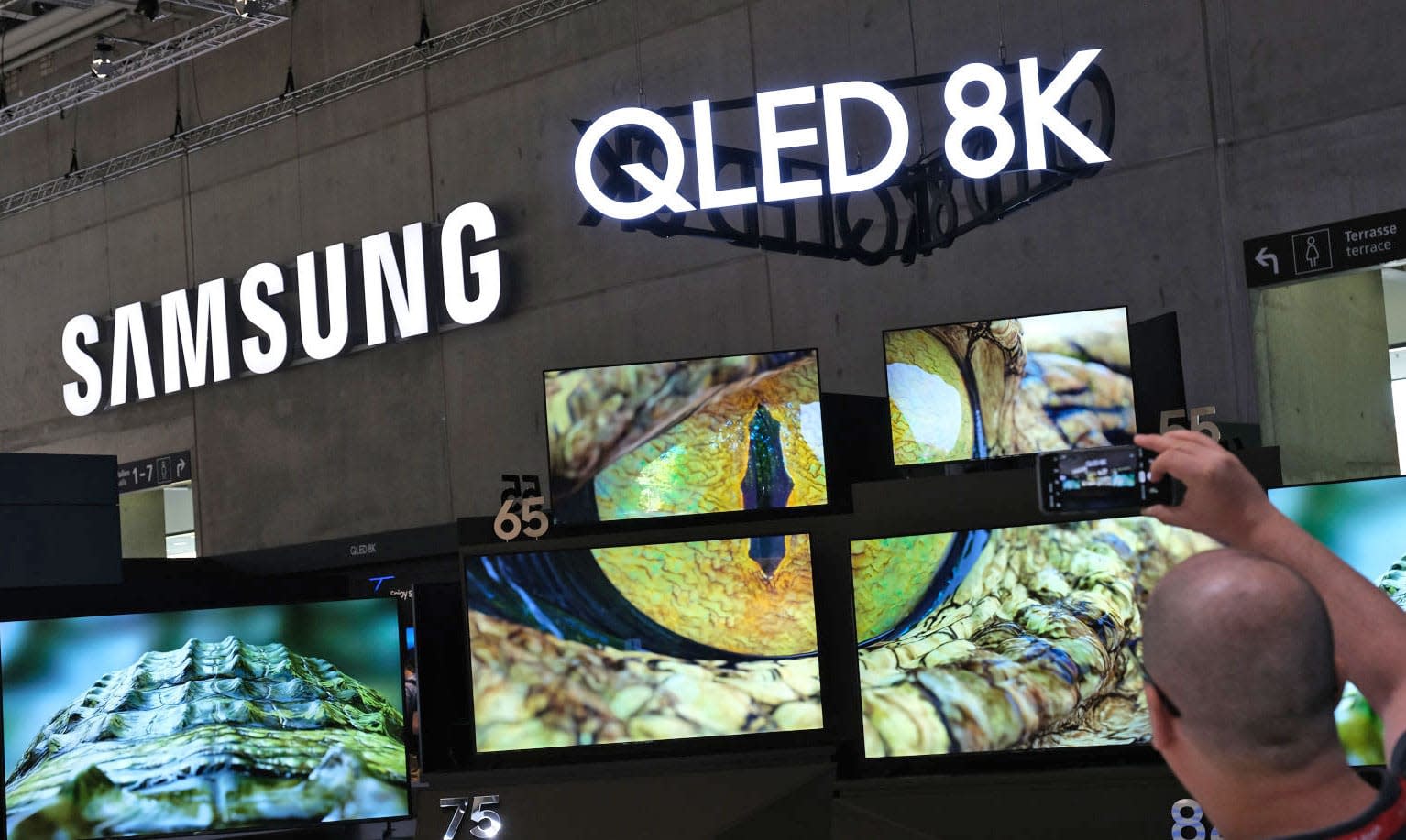 The race to develop the world's first 8K TV with 5G speeds is heating up. Samsung announced today that it is partnering with SK Telecom to develop and commercialize the world's first 8K-5G TV. The end product would be a TV with an ultra-high resolution screen that is also capable of extremely fast connection speeds, enabling users to download VR and other data-heavy content.

The South Korea-based SK Telecom is notable for steering the country's rapid adoption of 5G. It is working on creating a "smart" military academy for South Korea's army, incorporating both VR and AR technology into training exercises for cadets. The two companies have agreed to work together on eSpace, SK Telecom's hyperspace platform and 5G Sero TV, a television that can be rotated horizontally and vertically.

"The 5G-8K TV is the culmination of ultra-low latency 5G networks combined with ultra-high definition TV technology," said Park Jin-hyo, Chief Technology Officer and Head of ICT R&D Center at SK Telecom. "5G technology will help make the world of hyper media a reality." No further details were given about when the TV will be released.

Samsung will be in competition with Huawei, which announced that it would unveil the world's first 8K-5G TV later this year. Whichever company's TV hits the market first will become a guinea pig of sorts. With 5G and 8K video adoption in its early days, consumers may still not be ready to shell out the big bucks for a set that combines both technologies. At least, not yet. As companies like Toshiba, Sony, LG and more move forward with their own 8K sets and VR technology becomes more ubiquitous, the demand for 5G-capable 8K sets will surely increase.

In this article: 5g, 8k, 8K TV, 8k-5g, 8kVideo, av, gear, samsung, sk telecom
All products recommended by Engadget are selected by our editorial team, independent of our parent company. Some of our stories include affiliate links. If you buy something through one of these links, we may earn an affiliate commission.