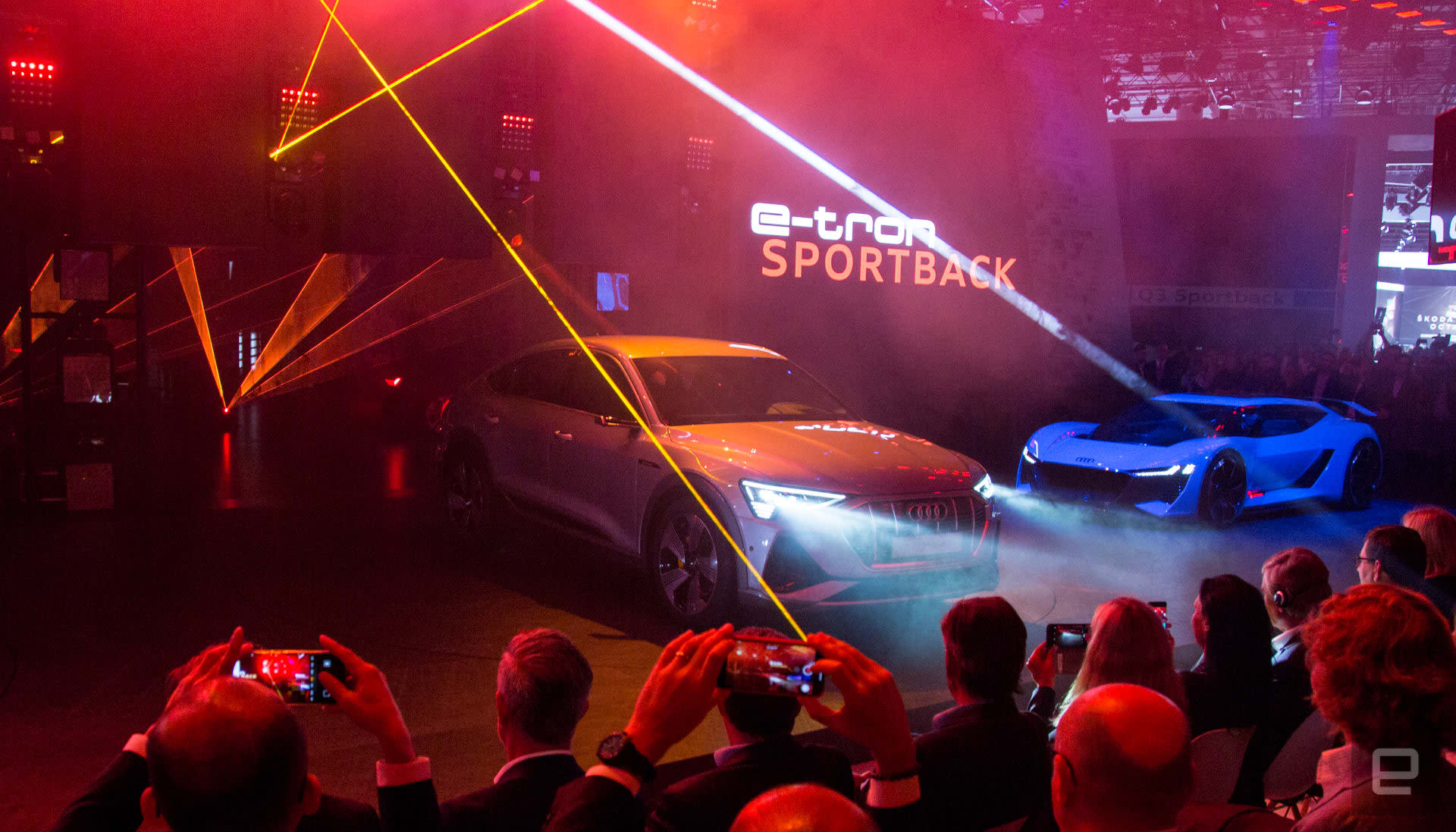 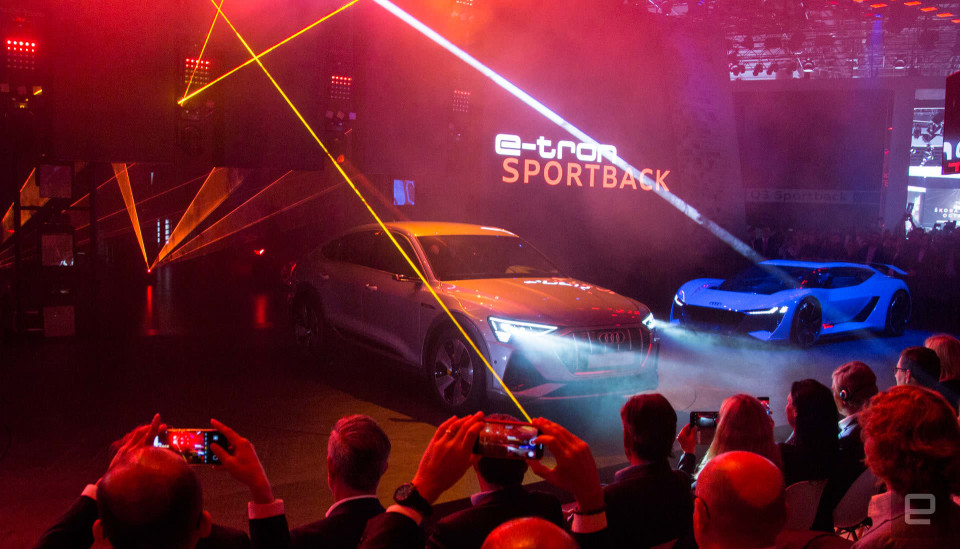 At the Frankfurt Auto Show, Audi gave attendees a sneak peek at the upcoming Audi E-Tron Sportsback via a rave-worthy light show. The vehicle isn't supposed to be unveiled until the LA Auto Show in November. 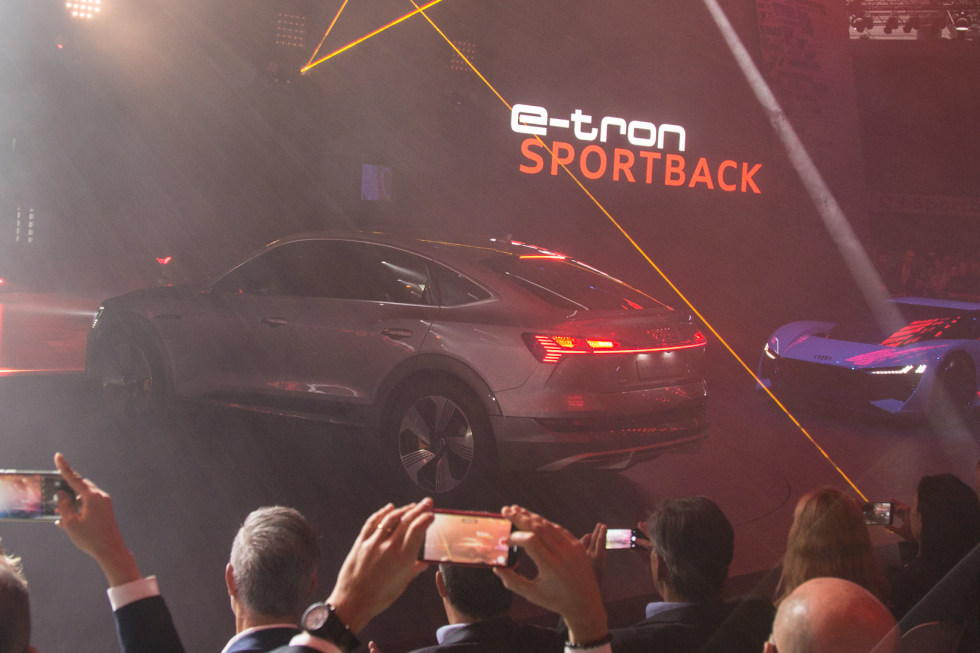 While the car wasn't covered in camo, it was showered with an intense light show that made photography tricky. But it's our best look at the upcoming E-Tron variant that'll join the rest of the automaker's electric cars.

The E-Tron Sportback is expected to have similar specs as the E-Tron SUV that we drove earlier this year. So expect a vehicle with a battery pack of about 95kWh and a range in the low-to-mid 200s.

From what I could see, it looks quintessential Audi. We'll get a better look at it this Fall. Once the vehicle disappeared behind a curtain and the lights stopped pulsating, the automaker continued with their presentation and unveiled the A: Trail concept.

In this article: audi, business, design, electric vehicle, etron, ev, frankfurtmotorshow2019, gear, green, sportback, tomorrow, transportation
All products recommended by Engadget are selected by our editorial team, independent of our parent company. Some of our stories include affiliate links. If you buy something through one of these links, we may earn an affiliate commission.