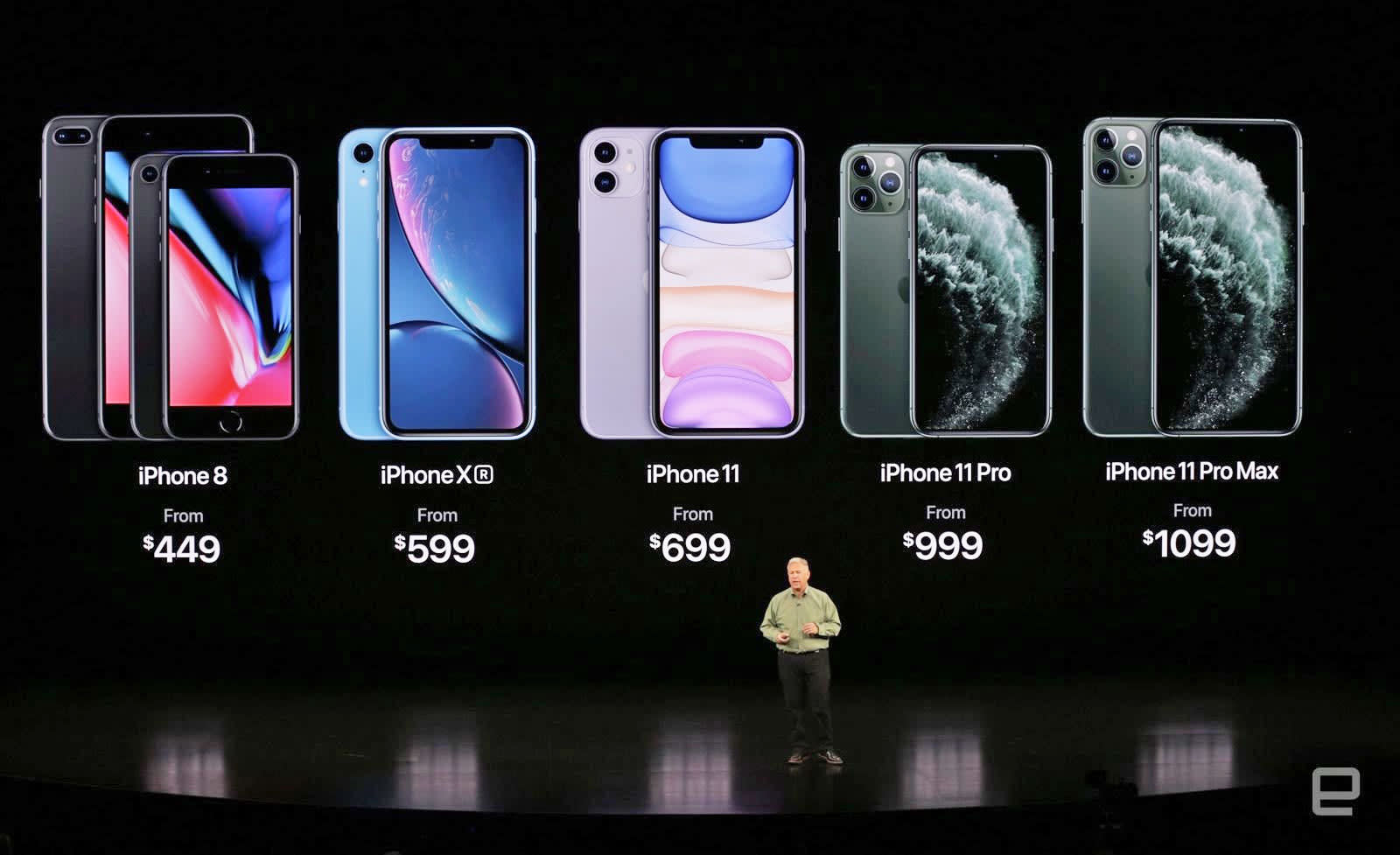 If you're not jumping straight into the future with Apple's new iPhone 11 family, picking up a slightly older model is one way to upgrade without spending "flagship" money. Now that the new phones have been announced you can pick up the previous-gen for even less, now that price cuts have been announced for the iPhone 8 and iPhone XR.

The two-year-old iPhone 8 now starts at $449 without any sales or discounts, while last year's mainstream model, the XR, is available for $599. You won't get the latest and greatest hardware -- can you live without Deep Fusion photography? -- but these phones are still slated to receive iOS updates that keep them secure and add new features, including iOS 13 when it's released later this week.

In this article: apple, gear, iphone 8, iPhone XR, iphone2019, mobile, price drop, thebuyersguide
All products recommended by Engadget are selected by our editorial team, independent of our parent company. Some of our stories include affiliate links. If you buy something through one of these links, we may earn an affiliate commission.