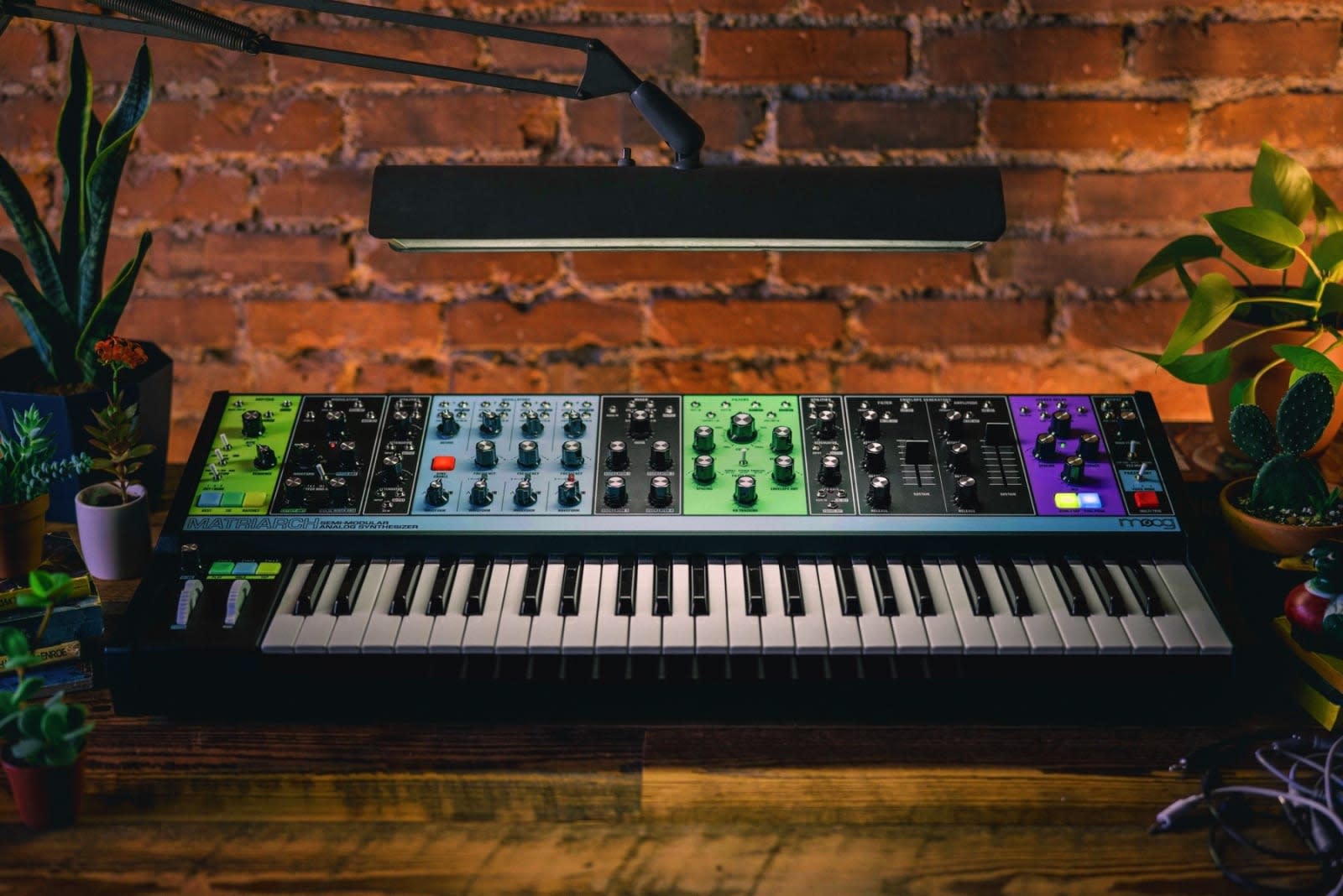 It's been a few months since Moog announced the four-voice analog Matriarch at Moogfest. But it's finally actually shipping to customers. The $1,999 synth is the flagship entry in the company's semi-modular lineup, that also includes the similarly-styled Grandmother, as well as the Mother-32 and DFAM (Drummer from Another Mother). What sets the Matriarch apart from the rest of the lineup though, is it's four-note paraphony. Which just means that, while you can split the four oscillators up to play separate notes, they all share a single filter and envelope. Being "semi-modular" means the Matriarch makes some delicious synth sounds right out of the box. But, the real fun happens when you start rerouting things with cables and the 90 different patch points on the front.

Check out the video below to hear literal synth sorceress Lisa Bella Donna coax gorgeous sounds out of the Matriarch (as well as a few other pieces of Moog gear).

In this article: art, av, gadgetry, gadgets, gear, Matriarch, moog, moog Matriarch, music, musical instrument, semi-modular, synth, synthesizer, video
All products recommended by Engadget are selected by our editorial team, independent of our parent company. Some of our stories include affiliate links. If you buy something through one of these links, we may earn an affiliate commission.