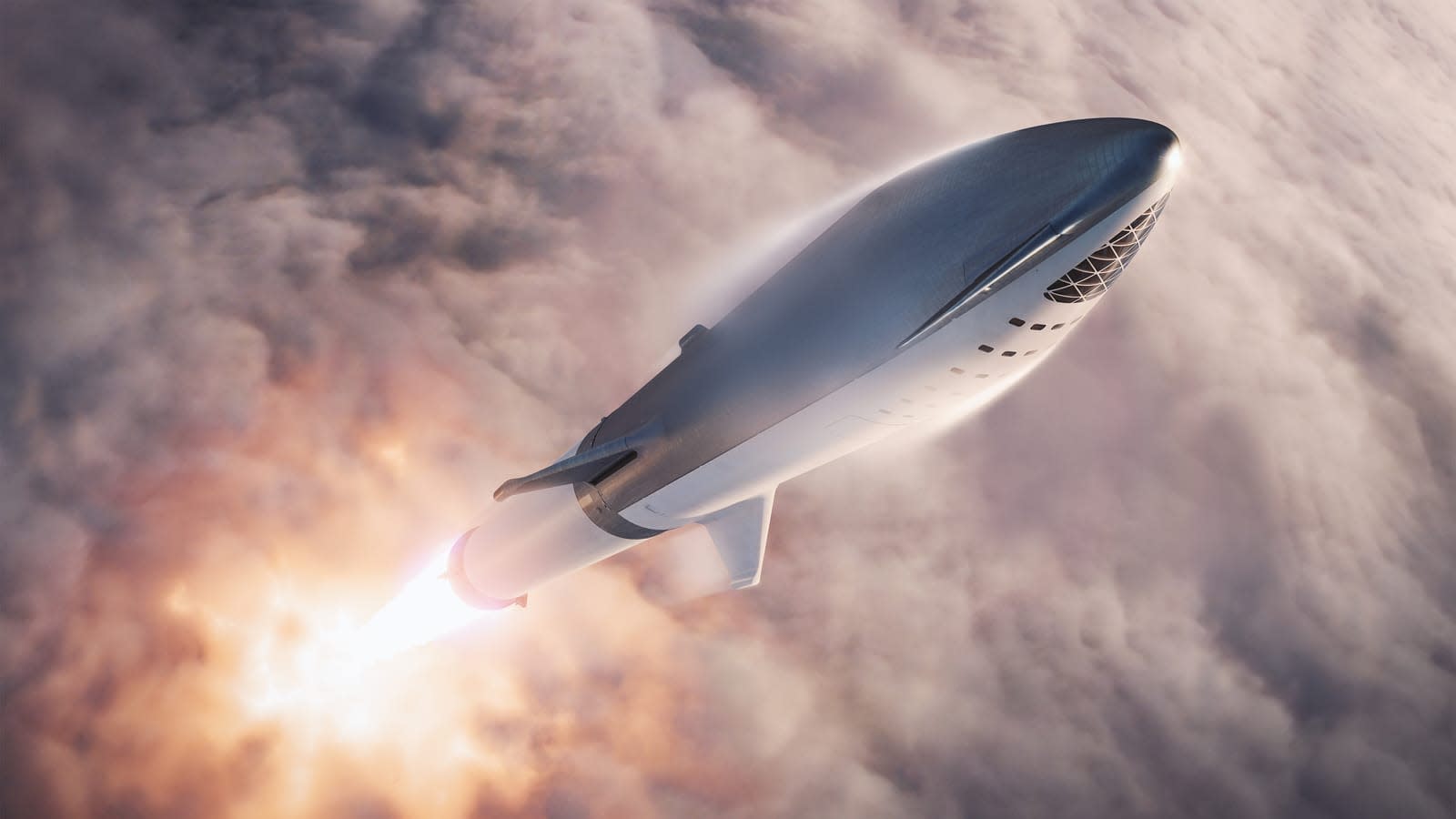 SpaceX isn't wasting much time now that Starhopper has completed its hover test. The company has filed an FCC communication permissions request that, as Elon Musk confirmed, prepares for test-flying the "orbit-class" Starship. The vehicle will fly much higher than its stubby predecessor, reaching an altitude of 12.5 miles before it comes back to the same landing pad used during earlier tests. It's not a true orbital test, then, but it's clearly much closer to SpaceX's goals.

The FCC filing came days after word from Business Insider (later verified) that the FAA was effectively granting SpaceX permission to expand its Boca Chica launch facility for the sake of Starship launches. The company also hasn't tried to hide its construction work on the orbit-quality vehicle, and Musk has alluded to a September 28th update event that could show off the completed spacecraft. It's poised to launch sometime in October, possibly as soon as the 13th.

It's a fairly quick testing cycle, but SpaceX is clearly under pressure to move forward. The company hopes to launch its first commercial Starship flight in 2021, and that doesn't leave it much time to both complete the spacecraft and prove that it can reliably deliver payloads to orbit.

In this article: fcc, gear, rocket, space, spacecraft, spacex, starship, tomorrow
All products recommended by Engadget are selected by our editorial team, independent of our parent company. Some of our stories include affiliate links. If you buy something through one of these links, we may earn an affiliate commission.