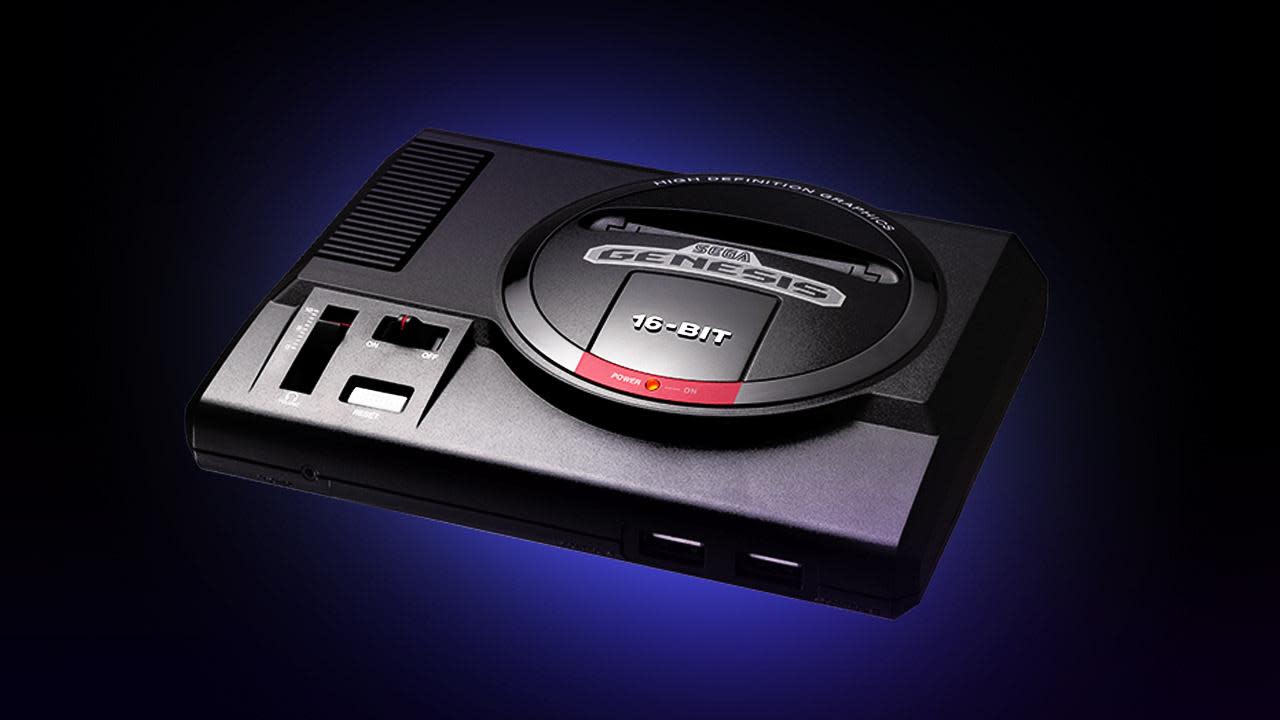 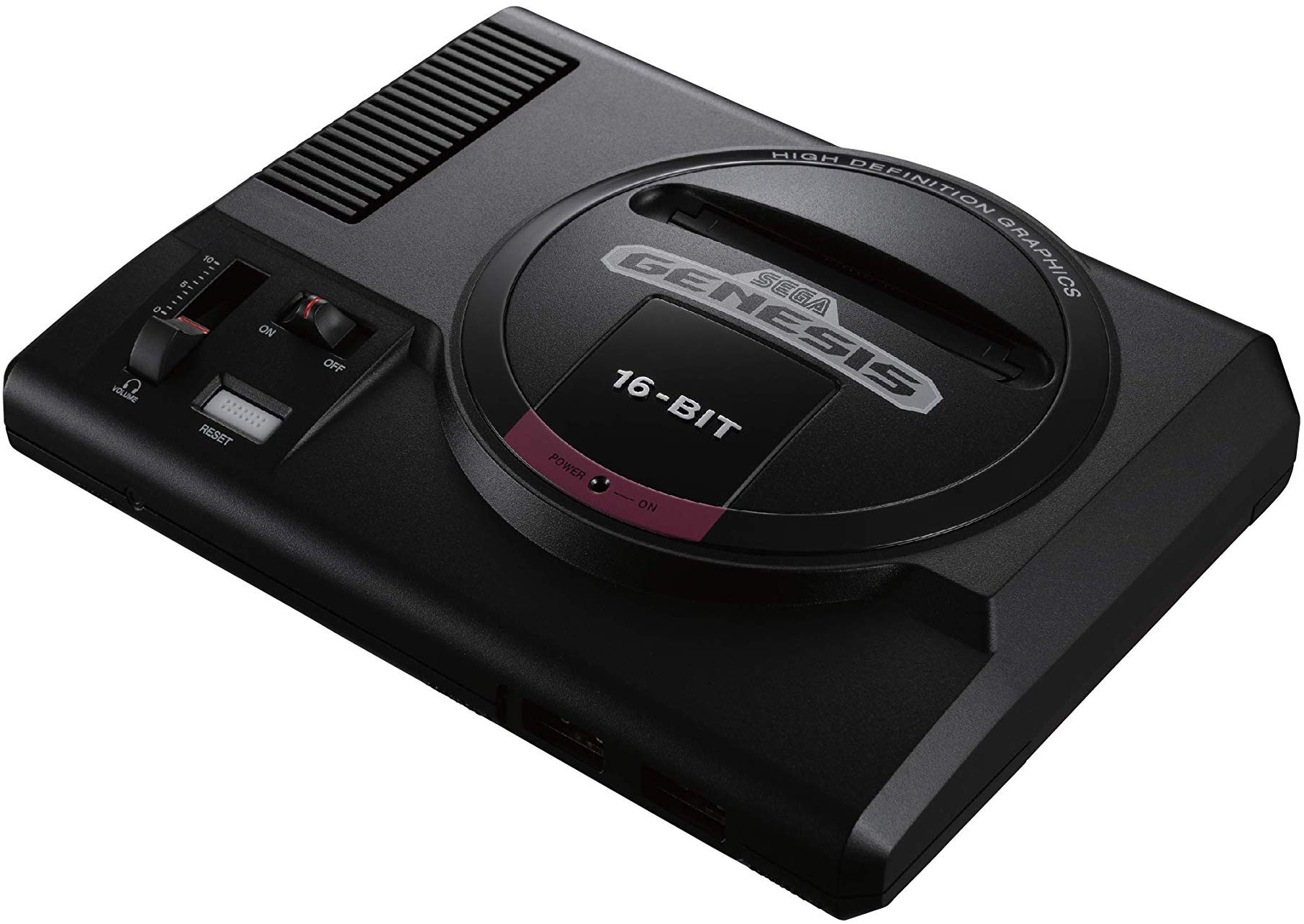 If you're suffering from gaming nostalgia fatigue, you're not alone. But you might want to make some extra room in your media center because the latest retro console, the Sega Genesis Mini, might also be the greatest.

First, let's take stock of where we are in the golden age of mini consoles. Nintendo has two hugely popular minis under its belt and Sony's stepped up to the plate with a Playstation Classic that was mostly a swing and a miss. Coming up on the horizon, there's a TurboGrafx-16 mini and this arcade emulator playable logo thing from Capcom. Not to mention Analogue's superb FPGA hardware clones, the Mega SG and Super NT. Into this crowded space comes the Sega Genesis Mini, and it comes in hot -- making a strong stab at owning the casual 16-bit space.

The Genesis Mini isn’t just a cash-in on the retro mini console craze. It’s a carefully considered package that serves as both a nostalgia machine and a preserver of some of the rarer titles to feature on Sega's console. Solid emulation and a collection of 42 mostly good games make it a must-have for Sega fans and a worthy diversion for anyone interested in 16-bit gaming.

How would you rate the Genesis Mini?
We want to hear what you think. Post a quick review now to join the conversation!
Write a review

This is not the first Sega micro console. Earlier efforts, particularly the Genesis consoles made by AtGames, were known for their extremely choppy emulation and general poor build quality. This is decidedly not that. The Genesis Mini, with emulation led by renowned retro developer M2, completely redeems Sega's previous, misguided efforts.

Affection for the era is evident in the hardware. The Genesis Mini itself is a faithful recreation of the original console, complete with little aesthetic details such as a non-functioning volume slider and a dust flap for the cartridge slot. It's undeniably been crafted with care. But at this point in the mini console war, I think it's time to actually question why they need to be so small. Once you hook a Genesis Mini up to HDMI cable, the power cable, and plug in two full-size Genesis controllers, the tiny console looks comically overwhelmed with cabling. The console comes with two USB controllers designed as 1:1 recreations of the original three-button Genesis controllers. It would have been nice if they remade the later six-button model for the included fighting games, but hey, at least there are USB ports. If you must have six buttons, there are plenty of other USB controllers on the market that you can plug right in and play with. The controller here feels solid and the D-pad has that mushy, nostalgic feel of the original Genesis. So far, so good.

The operating system menu lacks the visual charm of Nintendo's efforts, but it offers a big and crisp display of each game's original box art and includes brief copy that contextualizes the history of each game, a lovely and informative addition. If you change the system's language, you also change the region of the games on offer. This updates the box art in the main menu, and also swaps in a different ROM specific to the region. Yes, this means you can essentially play "imports," such as the easier, Japanese version of Contra: Hard Corps.

But aside from toggling regions/languages, there are few other options. There are gnarly, cheesy backgrounds you can switch between. You can also adjust the aspect ratio to 4:3 or have it fill your widescreen (which uniformly produces ugly results). There's a CRT filter that reproduces scanlines like you would find on an old CRT TV, but without the scanline fine-tuning options of, say, the Analogue Mega SG, the CRT filter here significantly darkens the image, so be prepared to crank up your TV's brightness if you use it.

Multiple save states for each game are of course supported, but the "rewind" feature that Nintendo introduced with the SNES Classic Edition (and carried over to Nintendo Switch Online) is absent, which is a shame, because that's probably the biggest quality of life improvement in emulation today. Unlike the Nintendo minis, the Genesis Mini does enable a return to the home screen with by holding down start for three seconds. No more reeling the console over to you!

The killer feature is, as it should be, the game selection. The Genesis Mini is loaded with 42 games, twice that of the mini SNES. The selection is wide-ranging in age, varied in genre, and compiled with an archivist's eye toward the full breadth of the console's library. Of course, there are notable absences, such as no Sonic 3. But the console does include plenty of still-solid gameplay experiences that hold up today: Gunstar Heroes, Shinobi 3, Sonic 2, Beyond Oasis... All of these are fully playable and enjoyable today. But, because there is an element of historical surveying here, there are also selections that are more for intellectual interest rather than for the timeless gameplay pleasure. Alex Kidd is... Well, it's a really early Genesis game that might scratch a nostalgic itch for someone out there. Dynamite Headdy is a curio of a would-be '90s "rad" character, but playing the game now is like watching a technicolor soup swirl across your screen. Landstalker was known for interesting isometric perspective, though today might be a little vertigo-inducing.

Those two controllers will get some work, because there's a solid representation of the two-player experience, from three fighting games (Street Fighter 2, Virtual Fighter 2 and Eternal Champions) to beat-em-ups (Streets of Rage and Golden Axe) and puzzle games (Tetris, Columns).

Library standouts include rarities such as Castlevania: Bloodlines and Mega-Man: the Wiley Wars, which was released exclusively for the Sega Channel, an online game service delivered over coaxial cables back in 1998! Well, in case you missed that somehow, Wiley Wars is finally here! Tetris is also a curio: The original port was blocked due to copyright reasons, and reportedly only ten copies were ever made, making it one of the most expensive cartridges around. The Genesis Mini rectifies this with a brand-new port of the original arcade edition. A port of Darius, the 1988 arcade shoot-em-up from Taito, is included here as well. This was never available on the Genesis, but the version here is reportedly based on fan-built port by a programmer and modder by the name of Hidecade. This isn't Starfox 2 legendary lost game status, but it's pretty neat.

But the real proof is in how the games play. And, I'm happy to report that the emulation is superb. All of the porting was handled by Japanese retro developer, M2, best-known for the Sega Ages titles and work on Nintendo's Virtual Console. Sega was wise to give them the reins. I've done a non-scientific, semi-extensive glitch-hunt through the titles here, comparing them to how they play on the Analogue Mega SG, and I've uncovered no issues. The audio sounds great too.

So here's the thing: if you still have room in your life for more gaming nostalgia, or maybe if you were a Genesis kid and not a Nintendo kid, then this console is definitely for you. If you're curious about it, well, then you can't go wrong. It's $79.99, and you get a lot of games, plus a strong shot of the '90s distilled -- brace yourself for a lot of sassy animal mascots, graffiti-fonts, "tubular" slang, whatever the hell Earthworm Jim was, plus, of course ToeJam and Earl and its early '90s funk. You'll have a rad time.

In this article: AOLoriginals, av, daily show, emulator, engadget, Engadget Today, engadget video, entertainment, gadgetry, gadgets, gaming, gear, genesis, micro console, mini console, retro, review, sega, sega genesis
All products recommended by Engadget are selected by our editorial team, independent of our parent company. Some of our stories include affiliate links. If you buy something through one of these links, we may earn an affiliate commission.