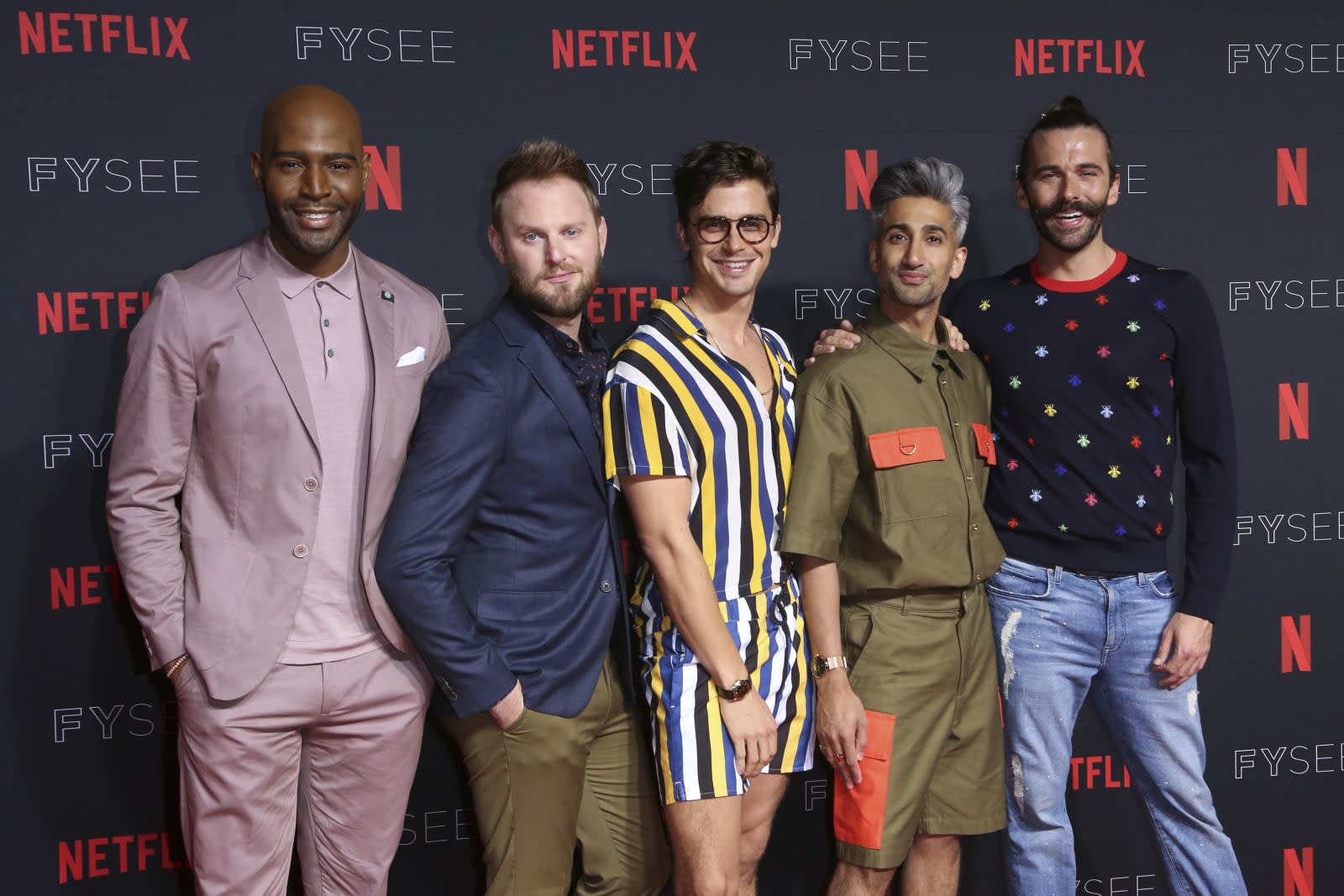 The Creative Arts Emmy awards are only half-finished, but it's already clear that streaming services are thriving -- including a few you might not expect. Netflix came home with the most statuettes on the first night of the awards, receiving a total of 15 compared to 'just' eight for next-closest rival National Geographic. Four of those went to Queer Eye for Outstanding Structured Reality Program as well as specific reality show awards for casting and directing. The animated anthology Love, Death & Robots, meanwhile, scored five awards, including the top spot for short-form animation as well as individual awards for art and design. Our Planet took two awards, those for best documentary and narration.

Other victors were decidedly less conventional. Apple's take on Carpool Karaoke won as the best short form variety series, while Google's VR short film Age of Sail picked up three awards for color and design. The Outstanding Innovation in Interactive Media award was split evenly between the AI-themed Twitch series Artificial and the Oculus VR production Wolves in the Walls: It's All Over. Even NASA emerged triumphant -- its coverage of SpaceX's Crew Dragon demo launch earned it an Outstanding Interactive Program award.

The Creative Arts Emmys will wrap up with a second presentation on the evening of September 15th, and While these victories aren't particularly reflective of who will win at the main Emmy awards show on September 22nd, they do bode well for streaming services and technology as a whole. They're not necessarily dominant, but they're too large for the conventional TV industry to ignore.

In this article: amazon, apple, carpool karaoke, crew dragon, entertainment, facebook, google, internet, nasa, netflix, oculus store, queer eye, services, space, spacex, streaming, television, tv, twitch, gear
All products recommended by Engadget are selected by our editorial team, independent of our parent company. Some of our stories include affiliate links. If you buy something through one of these links, we may earn an affiliate commission.