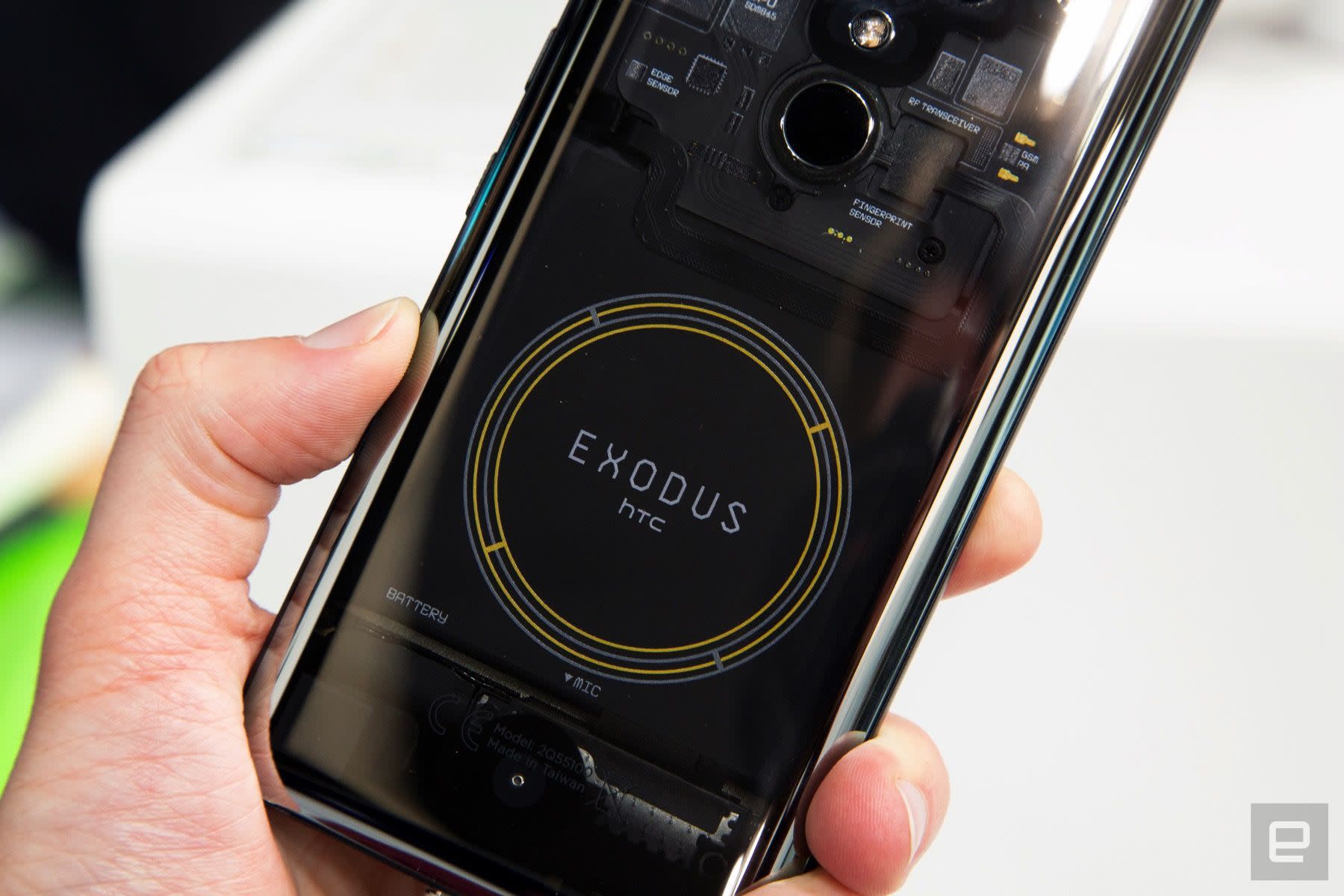 If a second blockchain phone didn't make things clear, HTC is still as serious as ever about its crypto-phones On Monday, the company announced a new partnership with Bitcoin.com that will see all new Exodus 1 phones come with the Bitcoin Cash (BCH) wallet app pre-installed. On existing devices, meanwhile, HTC will push an update that adds the app to the phone. As part of the partnership, the Bitcoin.com online store has also started selling Exodus 1 devices. In the future, if you don't plan on hoarding on your Bitcoin Cash, you'll be able to get a discount on select HTC smartphones when you pay for a device with Bitcoin Cash.

While this new partnership makes a lot of sense from HTC's perspective, the Exodus 1 was supposed to be more than "just" a Bitcoin phone. When Phil Chen, HTC's chief decentralized officer, spoke to Engadget's Nick Summers about the device, he described it as "Trojan Horse" for "re-architecting the internet." Chen envisioned the phone as a way for people to secure and control their own personal data. By partnering with Bitcoin.com, HTC is leaning into the least interesting aspect of the Exodus 1. Of course, the partnership likely comes out of the fact that HTC is struggling to survive. The company needs to find a way to sell more devices, and this help put the Exodus 1 in front of the people who would be most interested in it.

In this article: android, bitcoin, bitcoin cash, blockchain, Cryptocurrency, exodus 1, gadgetry, gadgets, gear, mobile
All products recommended by Engadget are selected by our editorial team, independent of our parent company. Some of our stories include affiliate links. If you buy something through one of these links, we may earn an affiliate commission.