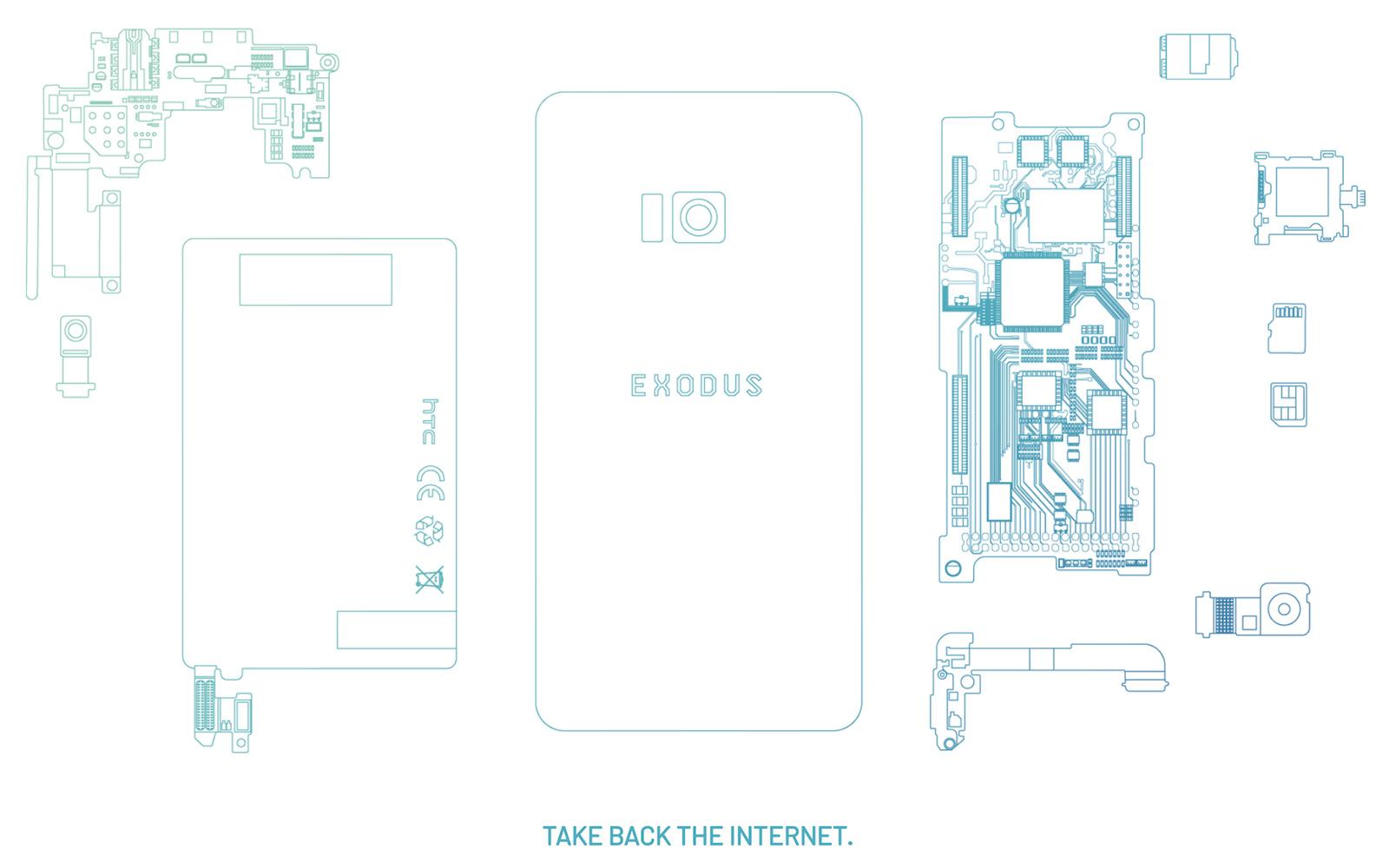 Just as HTC is gearing up for the launch of its next flagship smartphone come May 23rd, today it made a surprising announcement: it's also making a blockchain phone dubbed "Exodus" on the side. There aren't any specifics about this privacy-focused Android device just yet, but it will feature a universal wallet supporting Bitcoin, Ethereum, Dfinity, Lightning Networks plus other cryptocurrency protocols. The company is aiming to "double and triple the number of nodes of Ethereum and Bitcoin" through its Exodus units, while delivering decentralized applications (DApp) to more consumers.

The Exodus project is led by HTC's newly appointed Decentralized Chief Officer Phil Chen, who is best known for starting the VR project that eventually became the Vive. "I want to see a world where the end consumers can truly own their data (browsing history, identity, assets, wallets, emails, messaging, etc) without the need for central authorities," Chen wrote in a blog post. "There is a lot of work ahead of us, but I believe the mobile hardware layer can contribute significantly to our new decentralized world."

Obviously, HTC isn't the first to announce such an initiative. Sirin Labs already has a list of specs for its Finney blockchain smartphone, though it's still missing a specific launch date. Earlier this year, it was rumored that Huawei was also considering its own blockchain device based on Sirin Labs' system. There's also the BitVault and Blacture that both claim to be the world's first blockchain phone, though neither are available just yet. For now, HTC is taking its time with its Exodus, and we'll be hearing more partnership announcements over the next few months.

In this article: bitcoin, blockchain, cryptocurrency, dapp, decentralize, decentralized, dfinity, ethereum, exodus, gear, htc, LightningNetworks, mobile, philchen, smartphone, TL18BKCN
All products recommended by Engadget are selected by our editorial team, independent of our parent company. Some of our stories include affiliate links. If you buy something through one of these links, we may earn an affiliate commission.