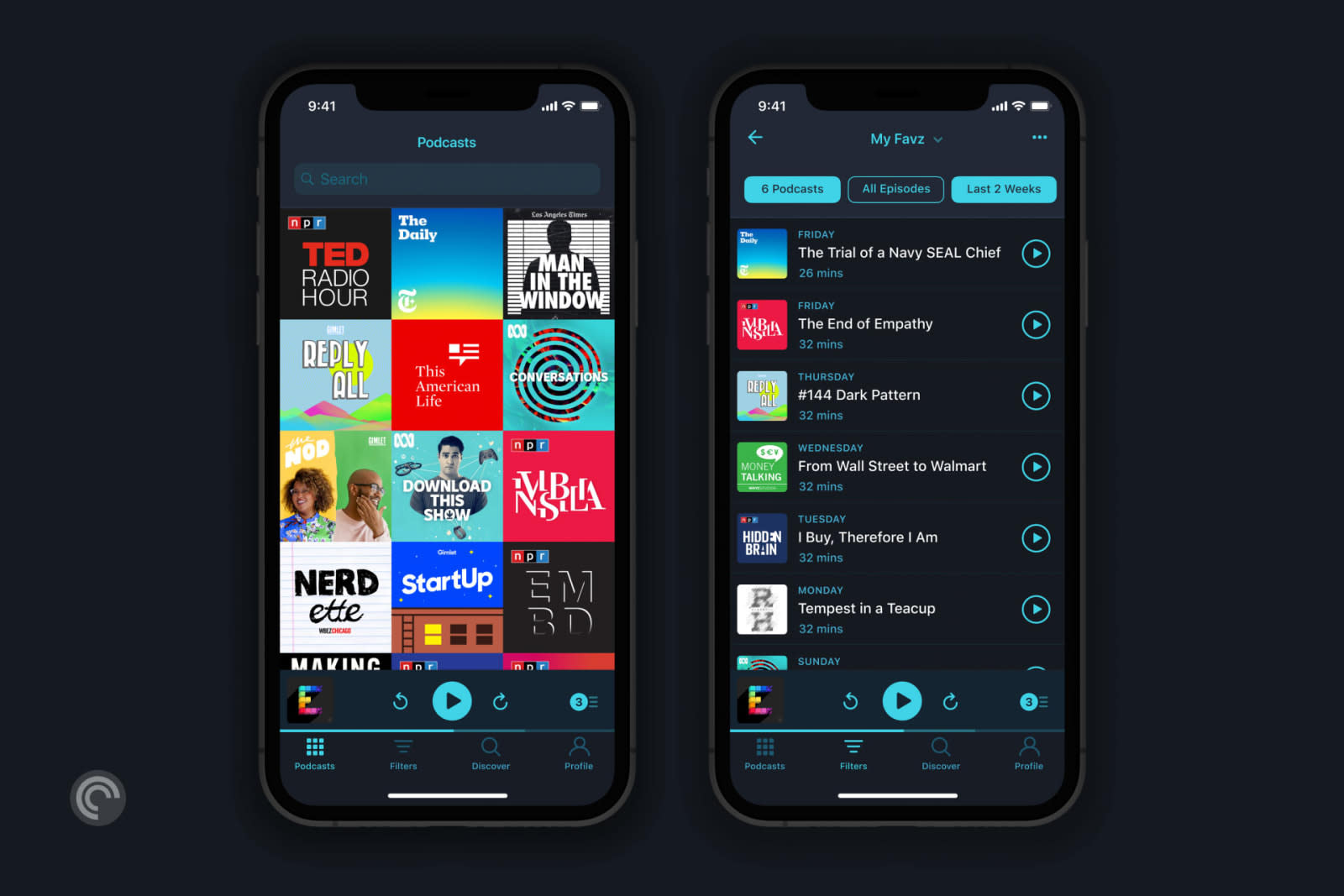 We're big fans of Pocket Casts here at Engadget. The podcast app is arguably the best option for listening to the regular episodic content, keeping them all organized and easily finding what you're looking for. Until now, you had to pay a one-time fee of $3.99 to get Pocket Casts on Android or iOS, but that is changing.

Starting today, the mobile app will be free, and its premium features will still be available. The company says the change makes the software "more closely aligned with the open-access model of its public media ownership." If you'll recall, a group of public radio powerhouses teamed up to buy the app last year -- a collaborative effort that includes prolific podcast producers NPR, This American Life, WNYC Studios and WBEZ Chicago.

Soon after that announcement, developer Shifty Jelly released a massive update to Pocket Casts that introduced features like episode search and the ability to listen to a podcast without having to subscribe first. Both of those tools are still available on the new free version alongside things like custom filters, automated file downloads, dark mode, cross-platform sync and audio effects that let you adjust playback speed and trim silence. An new update introduces the option of playing local audio and video files with the app.

If you need access to Pocket Casts on the desktop, a new Pocket Casts Plus subscription offers just that. For 99¢/month or $10/year, you'll get access to the podcast app on macOS, Windows and the web. Before now, desktop access required a one-time fee of $9 on top of the cost of the mobile version. In addition to being able to use it on the desktop, Pocket Casts Plus also offers cloud storage for audio and video files as well as "exclusive app icons and themes."

If you've already paid for Pocket Casts, you'll transition to the free version automatically. If you splurged for desktop access, you'll get lifetime access to Pocket Casts Plus for free. Initially the company only offered three years of Plus to users who had paid the desktop fee, but following backlash it extended the offer. This means that if you purchases desktop access in the past, you'll get Pocket Cast Plus features on mobile as well.

"Everyone who has used the app up until this point has paid the one-time fee for it," Pocket Casts CEO Owen Grover explained. "We recognize the one-time download fee is antiquated, so we're dropping that. Not because we're trying to move users to Plus, but rather so we can align with the open-access philosophy of our public media ownership. In fact, we think only a small percentage of power users will opt for Pocket Casts Plus."

Grover also reiterated that regular users won't get a "hobbled or limited version of the app."

"We're not taking any features away from any of the mobile users," he said. "In fact, quite the opposite -- we've added features and functionality every step of the way, including with this release."

Update 9/19/19 8:08AM ET: Following some backlash to its changes this week, Pocket Casts CEO Owen Grover has announced that anyone who paid for the web/desktop version of the app will get lifetime access to Pocket Casts Plus at no additional charge. This post has been updated to reflect the change.

"This means desktop app purchasers will also gain access to all of the Pocket Casts Plus features on their mobile devices," he explained.

In this article: app, audio, entertainment, free, gadgetry, gadgets, gear, internet, mobile, pocket casts, podcast, podcasts, software, thebuyersguide
All products recommended by Engadget are selected by our editorial team, independent of our parent company. Some of our stories include affiliate links. If you buy something through one of these links, we may earn an affiliate commission.