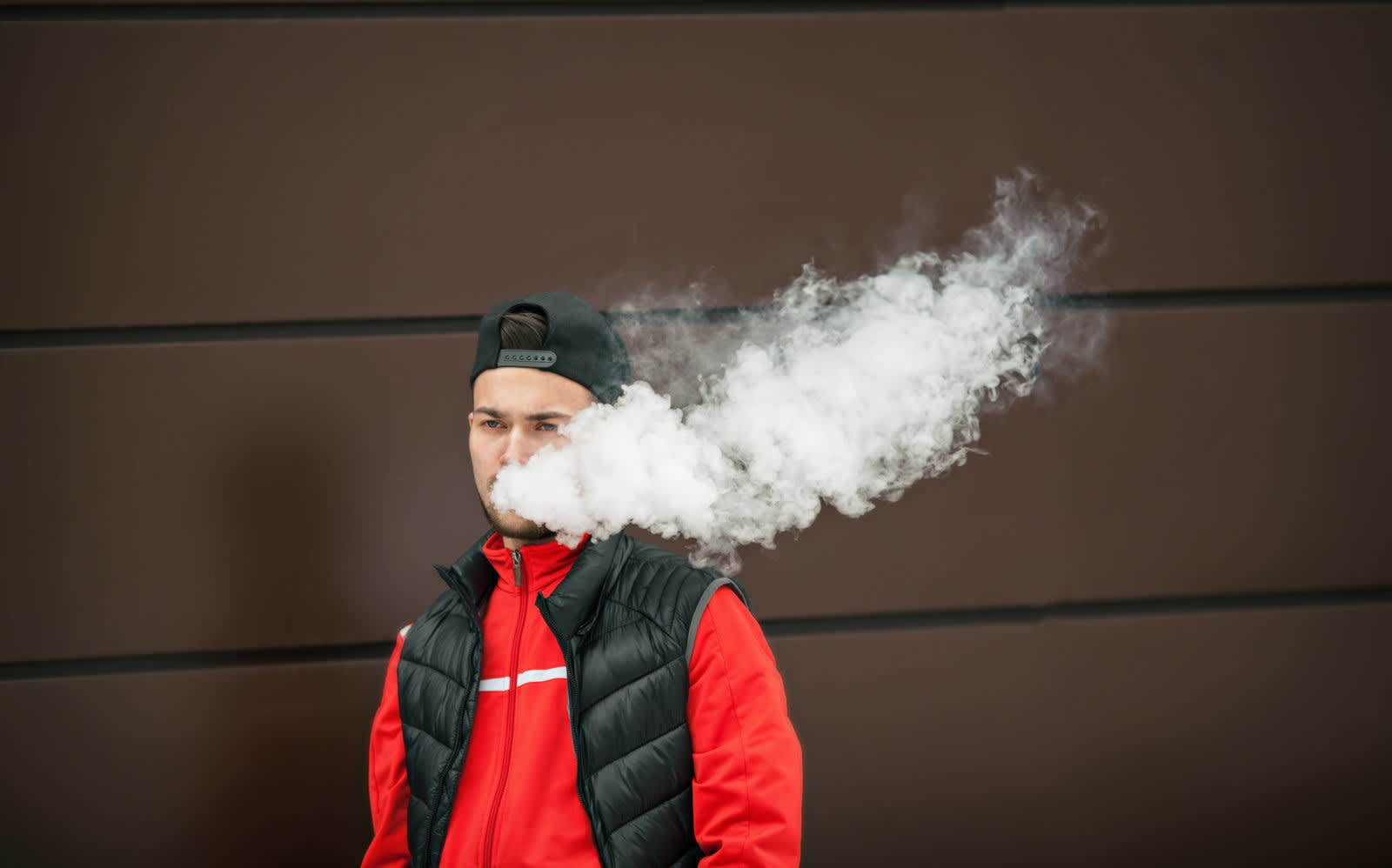 India just became among the first countries to effectively ban vaping. On Wednesday, the country banned the sale, import, advertising and production of e-cigarettes. First-time offenders face up to a year in prison and $1,400 fine, while repeat offenders face the prospect of a three-year sentence and $7,000 fine. It's still technically legal to smoke an e-cigarette in India, but for obvious reasons finding a legal supply of nicotine to smoke will be difficult.

Much like the Trump administration and its potential ban on flavored e-cigarettes, the country's Ministry of Health and Family Welfare cited the recent spike in youth vaping for the move. "The decision to prohibit e-cigarettes will help protect the population, especially the youth and children, from the risk of addiction through E-cigarettes, " said the ministry in a press release. "These products are usually marketed as being safer alternatives for conventional cigarettes but such notions of safety are false"

It's only Wednesday, but the ban caps off what's already been a rough week for Juul, the world's largest e-cigarette manufacturer. On Tuesday, just one week after they started selling the company's e-cigarettes and nicotine pods, Chinese retailers abruptly pulled Juul's products. With 300 and 106 million adult smokers respectively, China and India are the two largest smoking markets globally. While Juul had yet to start selling its vaporizers in India, it planned to expand to the country by the end of the year. In a clear sign of demand for the company's products, a lucrative gray market for Juul's vaporizers developed in India in recent months. To make matters worse, Juul has a tough road ahead in the US. Not only does the company face the possibility of a partial ban, it's also the subject of multiple separate investigations by the House and Senate, as well as the Federal Trade Commission (FTC).

In this article: e-cigarette, food and drink, food-and-drink, foodanddrink, gear, juul, medicine, politics, vaping
All products recommended by Engadget are selected by our editorial team, independent of our parent company. Some of our stories include affiliate links. If you buy something through one of these links, we may earn an affiliate commission.