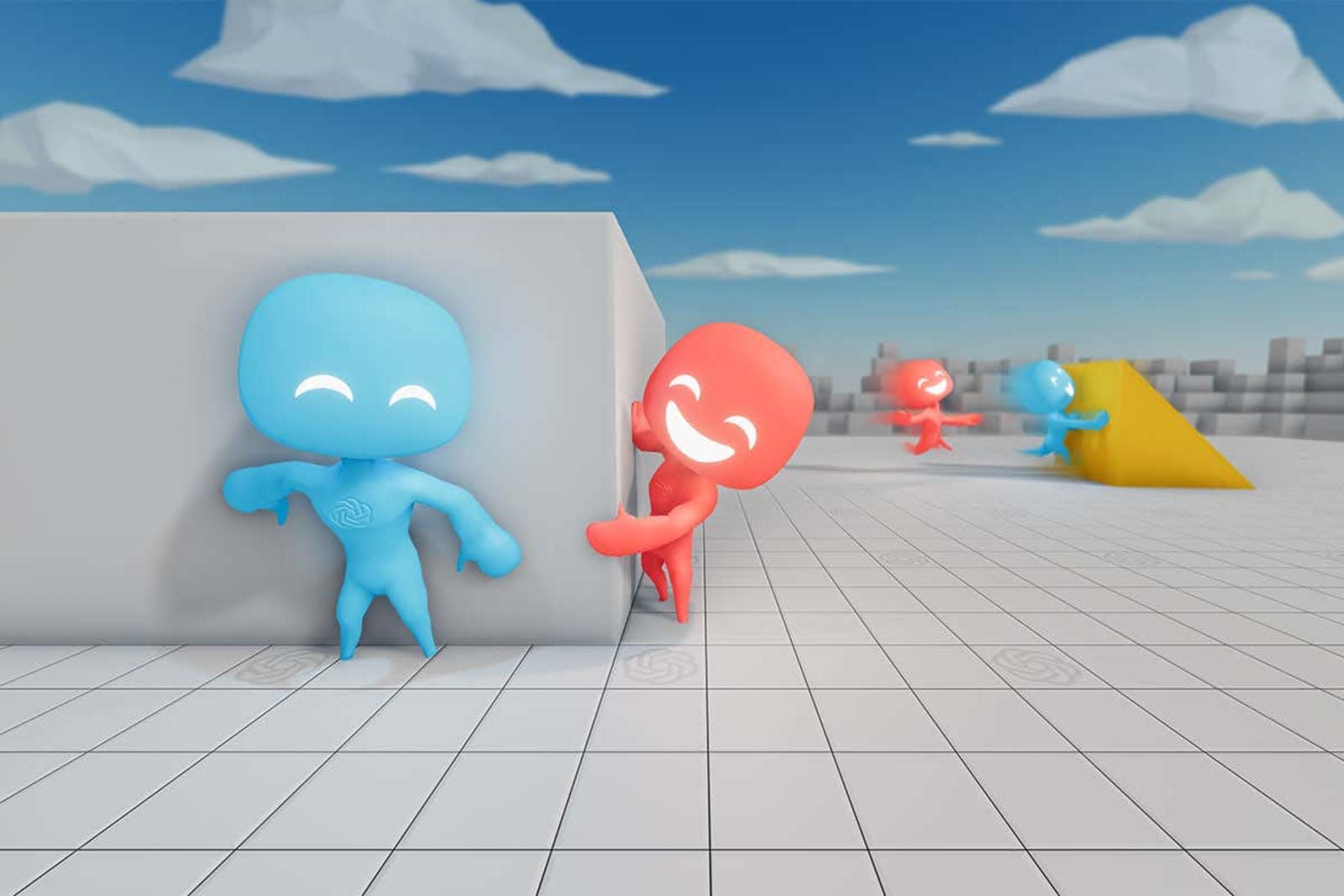 Can artificial intelligence evolve and become more sophisticated when put in a competitive world, similar to how life on Earth evolved through competition and natural selection? That's a question the researchers at OpenAI have been trying to answer through its experiments, including its most recent one that pitted AI agents against each other in nearly 500 million rounds of hide-and-seek. They found that the AI agents or bots were able to conjure up several different strategies as they played, developing new ones to counter techniques the other team came up with.

"Once one team learns a new strategy, it creates this pressure for the other team to adapt. It has this really interesting analogue to how humans evolved on Earth, where you had constant competition between organisms."

The agents' development didn't even stop there. They eventually learned how to exploit glitches in their environment, such as getting rid of ramps for good by shoving them through walls at a certain angle. Bower said this suggests that artificial intelligence could find solutions for complex problems that we might not think of ourselves. "Maybe they'll even be able to solve problems that humans don't yet know how to," he explained.

In this article: AI, artificial intelligence, internet, openAI, tomorrow
All products recommended by Engadget are selected by our editorial team, independent of our parent company. Some of our stories include affiliate links. If you buy something through one of these links, we may earn an affiliate commission.