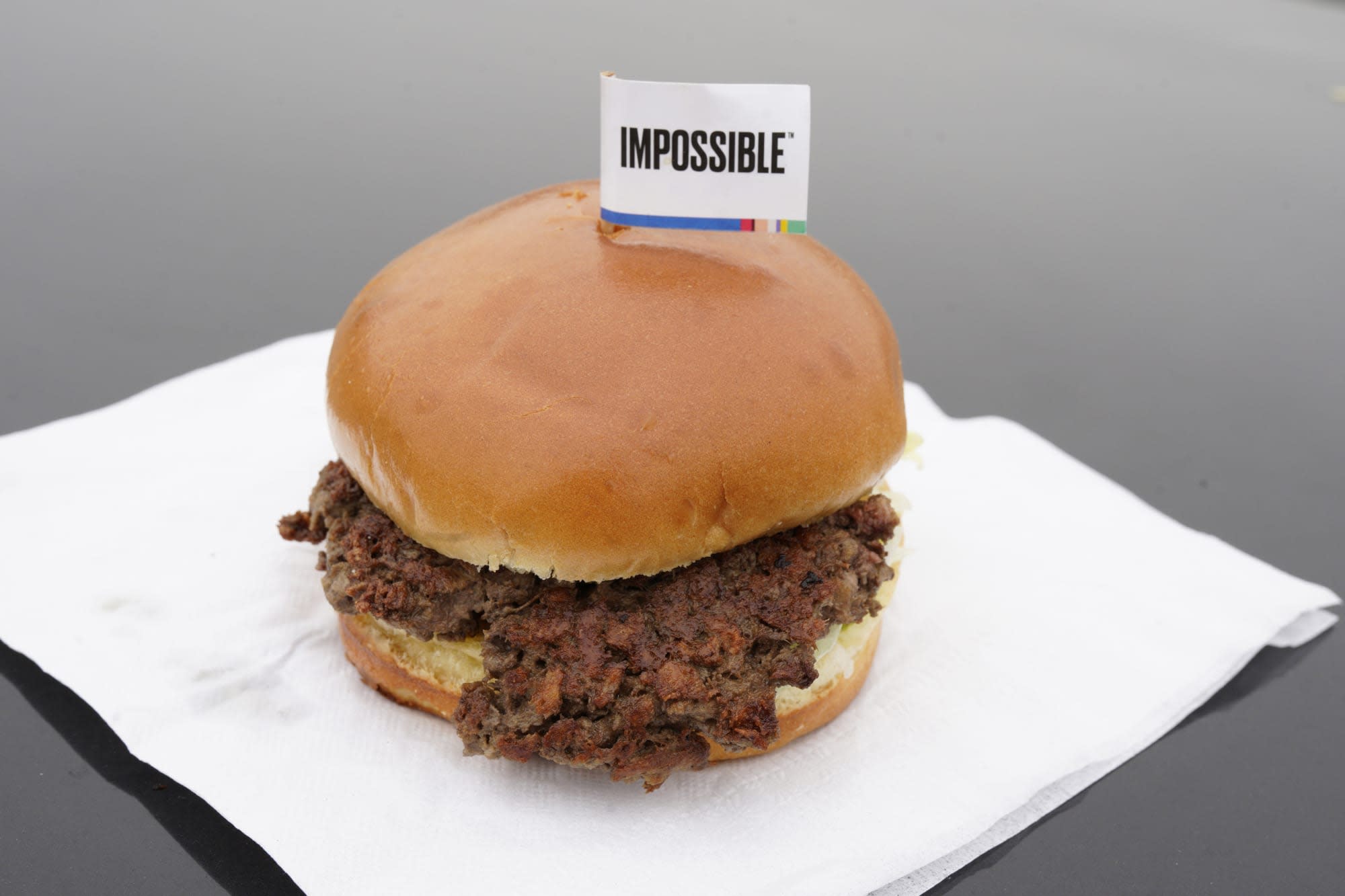 Impossible Burger will be sold in 12-ounce packages at Gelson's for $8.99 each. Considering that a serving size is 4 ounces, that's about $3 a burger. The pricing is roughly the same as Beyond Burger, which currently retails at $5.99 for two four-ounce patties. All told, faux meat burgers are still more expensive than even organic, grass-fed beef in most instances. Whether the relative costliness of meat alternatives will end up being a barrier to entry for environmentally conscious consumers will determine the fate of brands like Beyond Burger and Impossible Burger.

So far, sales of Beyond Burger, which is available in grocery stores, have been strong. The vegan burger brand saw its sales double in 2019. Meanwhile, other companies are developing their own meat alternatives for sale in grocery stores. Tyson, Hormel, Kellog's and supermarket chain Kroger's are all developing their own fake meat products that will compete with Beyond Burger and Impossible Burger. The involvement of large corporations in the fake meat game could spell trouble for the smaller fake meat startups. Not only can the bigger companies afford to experiment with offering plant-based meat, but they could also potentially offer it at a lower price.

In this article: beyond burger, business, fake meat, food and drink, food-and-drink, foodanddrink, impossible burger, meat alternative, tomorrow
All products recommended by Engadget are selected by our editorial team, independent of our parent company. Some of our stories include affiliate links. If you buy something through one of these links, we may earn an affiliate commission.