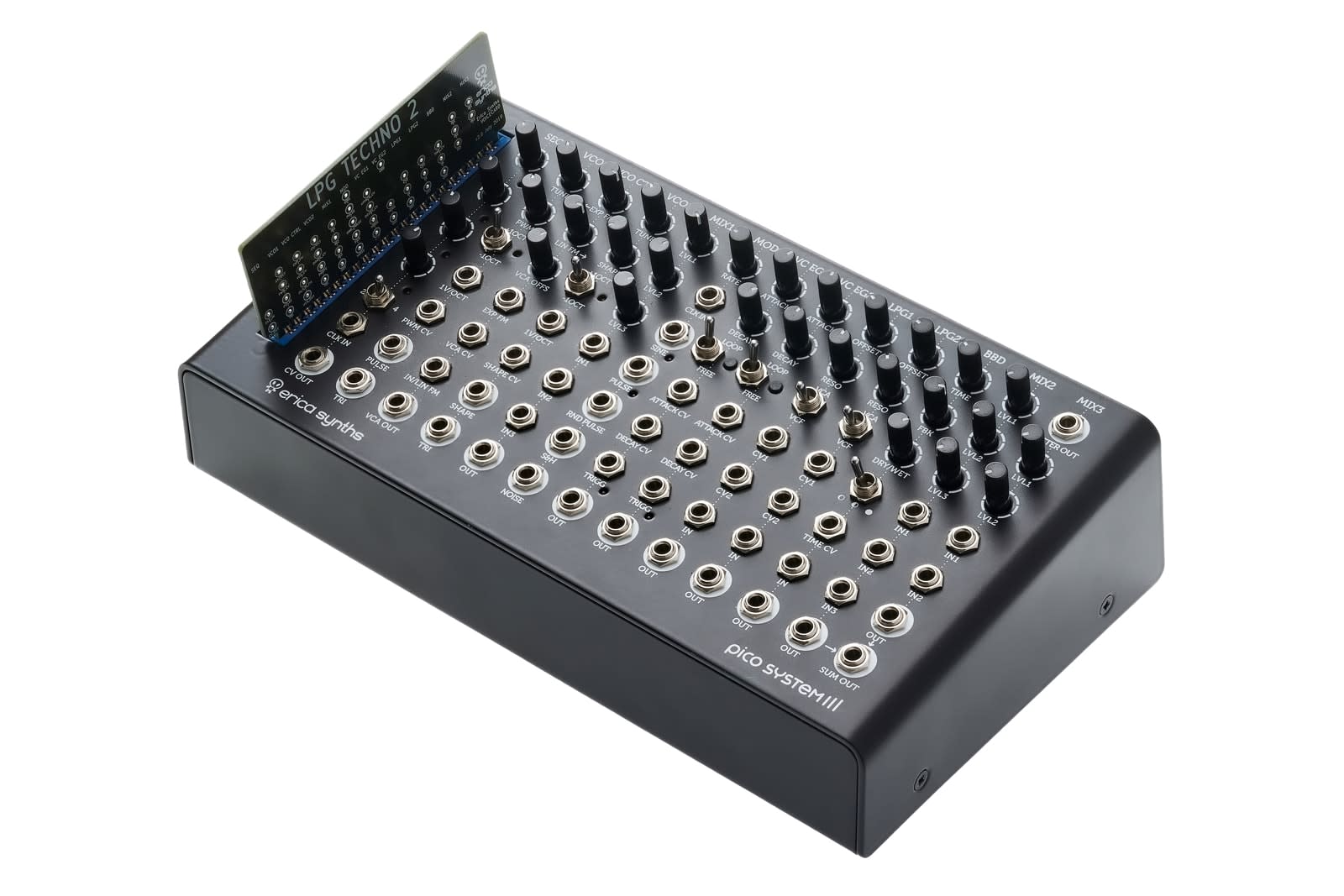 Modular synths are incredibly flexible, but convenient? Not so much -- switching sounds frequently means wiring up patch cords, and that makes it harder to use for live gigs and other on-the-fly uses. Erica Synths has a straightforward solution to that: put everything on a card. Its upcoming Pico System III uses "voice cards" with preset patches -- you just plug in and go. There are five pre-configured cards in the box, but you'll also get five DIY cards if you're handy with a soldering iron.

The system is otherwise highly flexible with 31 inputs, 20 outputs and seven switches. It includes a 2-3-4 step sequencer, a pair of VCOs (with a controller and VCA module), several mixers, a modulator, two ASR envelope generators, a lowpass gate and a BBD delay. You can also snag it in both a desktop version (above) as well as a Eurorack module.

You can order the Pico System III ahead of its October 1st release at prices of €400 ($441) for the Eurorack edition and €450 ($496) for its desktop counterpart. That' well above the $200 for the Korg Volca we recently reviewed, and certainly not a budget option. It's still solid for a modular synth, however, and it could be justifiable if you like the idea of bringing a modular synth to a concert.

In this article: av, erica synths, eurorack, gear, modular synth, music, pico system iii, synth, Synthesizer
All products recommended by Engadget are selected by our editorial team, independent of our parent company. Some of our stories include affiliate links. If you buy something through one of these links, we may earn an affiliate commission.