Readers relive their experiences with the original NES

After thirty-six years, we look back on the Nintendo console that galvanized a generation of gamers.
A. Bouman|09.23.19
@dameright

This week as Nintendo celebrates its 130th (!) anniversary, we've taken a look back at the original Nintendo Entertainment System -- a gaming console that started many life-long love affairs with gaming. Although it's been thirty-six years since the release of the NES, this iconic system still holds a place in the hearts of many. It was many people's first experience with a home console, allowing players to dedicate hours and hours trying to crack a Super Mario Bros. level or getting laughed at by the dog in Duck Hunt. We asked Engadget readers to review the iconic gray box and share their memories of Nintendo's first big hardware hit. 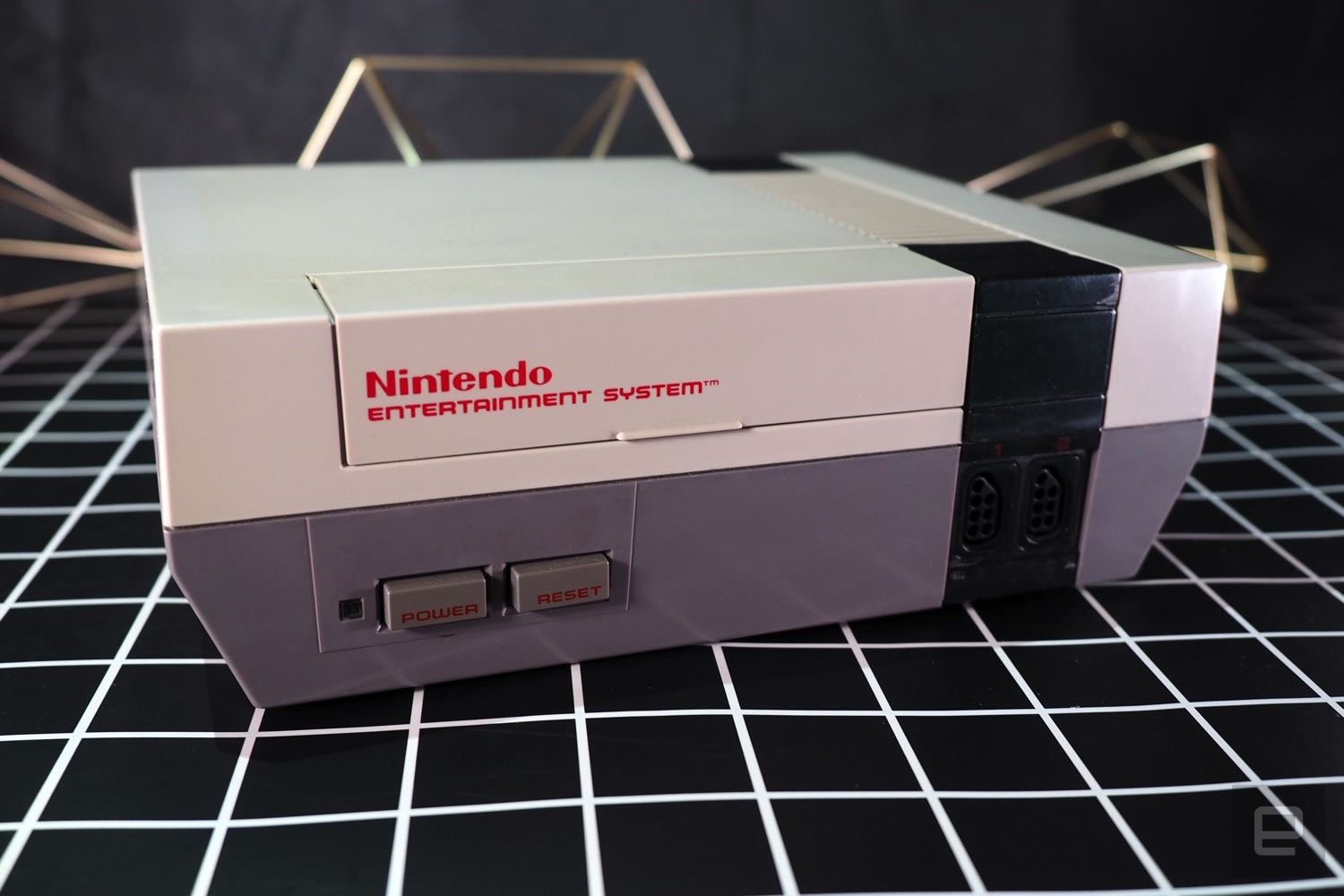 No one regaled us with adoration for the design, despite their overall affection for the system. Demoiselle said, "the NES as a piece of hardware leaves a lot to be desired. It's ugly, underpowered, and had plenty of design flaws that resulted in hardware failure." Fourblades gave it a score of 60 because the "interior gets dusty and cartridge is annoying to get since it's placed inside." Benhyams declared its "not fancy, not powerful" but qualified that the NES isn't "supposed to be anymore." To the graey box's credit, Mealsdeals points out that it "seems to have held up pretty well" even though "the cartridges need their contacts cleaned every once in a while." Titan883 agreed, stating "the hatch door for the cartridge slot was a little flimsy if it got manhandled but other than that it is a pretty solid box." 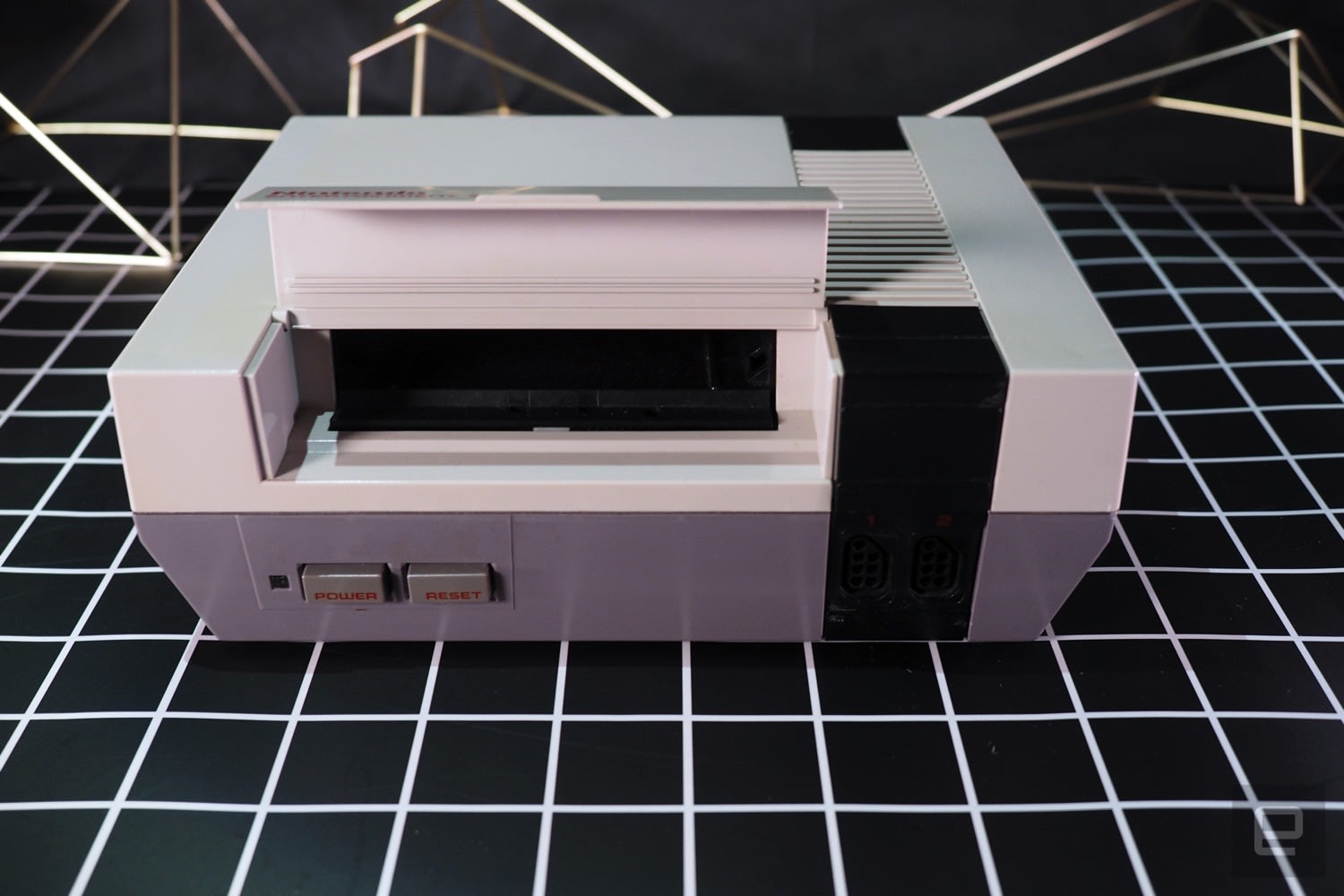 Those cartridges -- and their finicky performance -- were at the forefront of every user's memory. Steev182 said that blowing into the cartridge to get it to work "was a veritable rite of passage," and EagerBeaver remembered "blowing dust out of the cartridges and the 'bounce and slide' articulations to properly seat the cartridge after extreme wear and tear on the unit." I also have fond memories of jamming a second cartridge into the slot in order to get the first one to seat well enough to play Mario Bros. And, while Josh said that having to push down on the cartridge after inserting it into the slot seemed like a design flaw, TukOtaku couldn't hold it against the console, claiming "I don't care how many times you've had to blow in those big, bulky grey cartridges, you still love the NES." 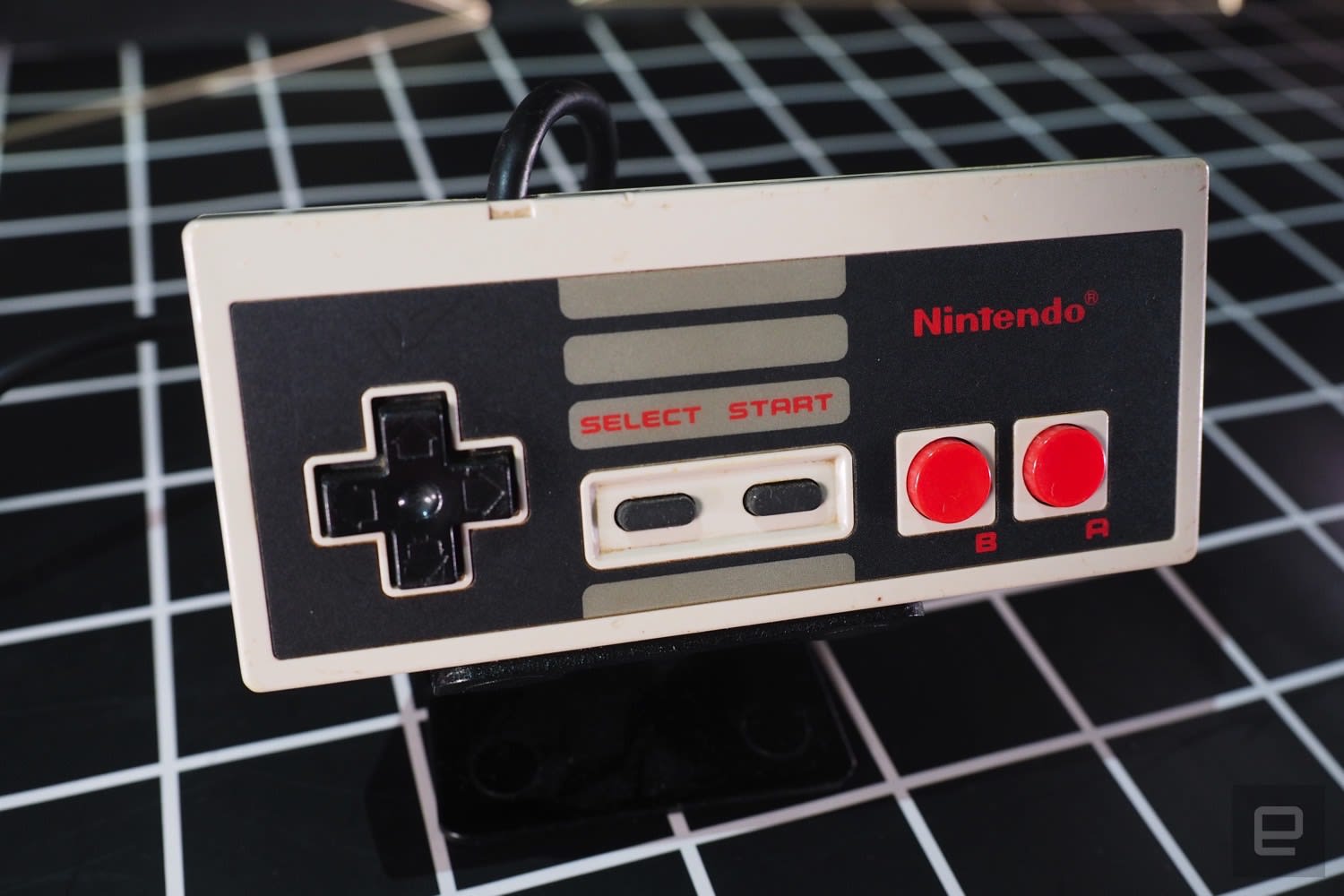 There weren't many fans of the boxy gray controllers either, but users still viewed them with proper perspective. Steev182 recalls how the gamepads hurt their thumbs when playing, and Manveru agreed that the controllers were blocky rectangles "not [built] to fit the hand." James said the while they haven't "missed the boxy style [controller] of the original NES," it's worth remembering "that those controllers were a migration from arcade-style joysticks, or the rubberized ones favored by the home-marketed Atari 2600. In comparison, the NES controllers were incredible." And, despite the relative discomfort, Manveru pointed out "the controller was pretty durable -- anybody who's gotten pissed off enough at a game to [throw] your controller across the room can attest to that!"

Just like with our recent Dreamcast retrospective, the thing everyone recalled the most was the NES's games library: Jbraden6075 said one of their earliest memories "was picking up the Zapper and shooting those ducks in Duck Hunt." James said the "secret of the NES' success lies in its very, very diversified collection of games. Even setting aside actual sequels, many of the games seen over the years followed paradigms that were substantially modeled on games that debuted on the NES." Steev182 called Mario Bros. a title "you could just keep playing," and Manveru even claimed that "some of the best games ever to be made were on this system."

James said that "even today, there are stand-out elements of the NES game library that remain very playable; I'm a big fan of Bionic Commando." SMColbert gave a shout out to Duck Hunt, saying "I'm still waiting for someone to come out with a better shooter. There hasn't even been a reasonable remake." Philip recalls that "no longer did we have to blow a weekend allowance worth of quarters to play games like Donkey Kong and Pac-Man in the arcade. I spent countless hours exploring the worlds of Hyrule in Legend of Zelda." EagerBeaver still has "fond memories of countless hours playing Super Mario and Duck Hunt. I also remember the frustration of playing with the 'robot' which came with the deluxe set I was gifted." And Mealsdeals mentioned that "Mario 3, Contra, Battletoads, etc, all have goregous sprites and are a lot of fun. For better or worse, a lot of NES games were freaking touch. Blaster Master comes to mind; I still have no idea what I'm doing in that game." 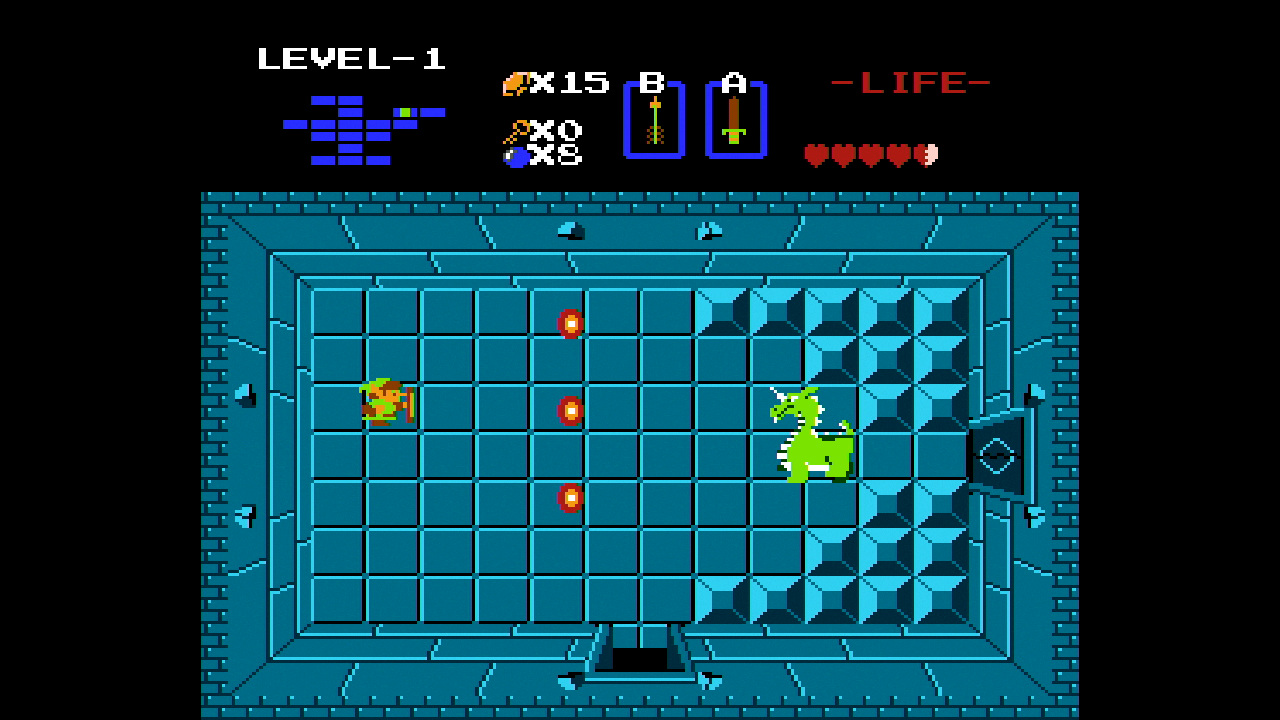 Though the 8-bit graphics on the NES can't compare to the stunning graphics offered by today's consoles, that didn't damper player enthusiasm for them. Joe said the system had "great graphics for its time," while Steev182 called the graphics laughable. However, Manveru summed it up in stating they "marked the graphics as a five because it's unfair to compare the graphics to today's games, and back when the NES was out, graphics weren't really that big of a deal. Nobody expected the characters on the screen to look realistic; when you played a Nintendo game, even if the graphics weren't great, they looked exactly like you thought they should." James, who felt that by later standards, the graphics and sound "were not impressive," also pointed out that when contrasting these games to DOS or Windows 3.2 games of the same era, it's night and day." And Admoney14 said that while "it has no chance against the graphics of the newer games, it's still just as fun playing Tecmo Bowl."

Though a few users dinged the console for its drawbacks, most only had positive things to say. Jbraden6075 said the "NES wasn't perfect and it had its scams and unofficial releases, and Nintendo had some unfair publishing practices at the time," while EagerBeaver said the "only thing holding back my love for this device is the stone-cold reality that the design flaws realized by normal wear and tear limited its appeal in the long term." That didn't deter Josh. who felt "it was an amazing machine that provided many hours of fun due to all the amazing titles," and Brian echoed that sentiment, stating that "with a superb library of classics, this machine holds up to the test of time."

Many others felt the same way. Even Jbraden6075 said that "Nintendo really saved the video game industry with the NES and I'm so glad, after 36 years, that it is still easy to get ahold of one and lose a day of your life in nostalgia." James said the NES helped "resuscitate a nearly dead home video gaming market by presenting itself as a toy and set the stage for all that we have today." Philip claimed "as the first console most of us 80s kids owned, it was one of the best pieces of technology ever," and added "this console brought about a revolution of gaming and is still a great piece to have in your collection today." TukOtaku asked "Should I really even bother rating this thing? I mean, it's the NES. You know it, you love it, you will ALWAYS love it," and GoddessofCarbs went so far as to say "I love love love this console and will not give it up until it has gasped its last, dying breath."